The Super Bowl is almost here. Already. Man, this season flew by, didn’t it? The likely reason for this was the fact that 2014 represented one of the more action packed, drama-filled seasons from start to finish that we’ve seen in years. Heck, after the first week, the Green Bay Packers, New England Patriots, Dallas Cowboys and Indianapolis Colts were 0-1. Of course, we all know what happened (or didn’t happen) in the playoffs leading up to Sunday’s final game.

Will we see a legendary game cap off what could be looked at as a legendary season? If so, which players are looking to cement their names in history by having the biggest impact in Super Bowl XLIX?

What makes this Super Bowl unique are the multiple storylines (prior to Deflate Gate and Tom Brady’s cold) that could play out. For example, the Seattle Seahawks are looking to become the first team to win back-to-back titles since the Patriots did it in 2003 and 2004. Seahawks head coach, Pete Carroll, is facing his former team that many think fired him prematurely. The Seahawks also have many potential roster changes coming in the offseason, making a run at the first ever Super Bowl three-peat potentially more challenging.

The Patriots, who haven’t won the Super Bowl since the before mentioned back-to-back championships (three championships in four years, to make it even more impressive). People everywhere were calling the 2001-2004 Patriots a “dynasty,” yet they haven’t won in 10 years. If the Patriots come out flat (pun 110% intended) against the Seahawks, and go another year without winning a ring, does that damage their “dynasty?” Only time will tell.

Let’s dive deeper in to what’s at stake in this game. Think about how unique (and beautiful) it is that there are all sorts of potential Super Bowl legends looking to be made. Here’s a list of players who could become NFL folklore by impacting Super Bowl XLIX. 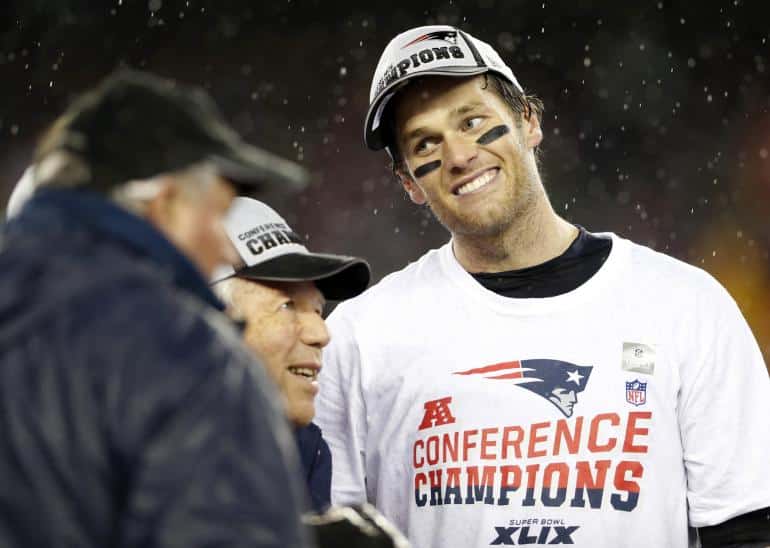 Okay. So duh, the obvious choice for one of the greatest quarterbacks in Super Bowl history. But keep in mind, when you look up and down the rosters of the Seahawks and Patriots, Brady is one of the only players who has to be considered a first-ballot Hall of Famer right now. Winning a fourth ring, especially with the 10-year gap in between, would be astonishing. He’ll need to earn it against this Seahawks defense, considering the Patriots barely defeated teams like the New York Jets—both games by a combined three points—and the Oakland Raiders

There’s no question that Brady has the team playing better, but they are only a few weeks removed from needing three second half touchdowns to defeat the Baltimore Ravens in the divisional round. The Packers were proof that it takes more than an elite quarterback to deflate Seattle (whoops, there I go again). 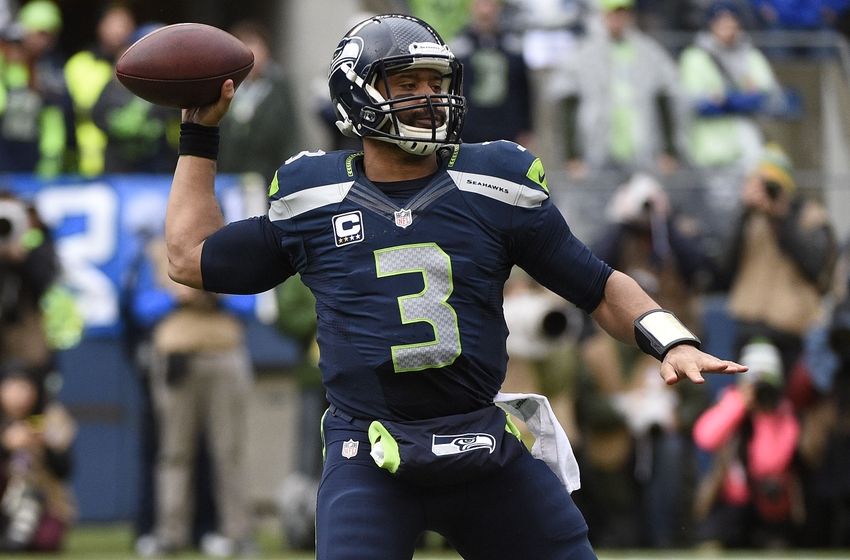 Staying at the quarterback position, Wilson has the unique opportunity to be labeled a Super Bowl legend in only his third year in the league. Guys like Brady and Ben Roethlisberger were able to get multiple rings early in their careers, but not back to back in their second and third years in the league. Wilson has gone from underdog to top dog since taking over as the signal caller in Seattle. Similar to how Brady’s career started.

After playing what was arguably the worst game of his career against the Packers in the NFC Championship game, the Seahawks will need to rely more on Wilson than faith (or luck, depending on who you ask). Wilson can take that next step in legendary status if he’s able to take down the veteran Brady and the Pats. 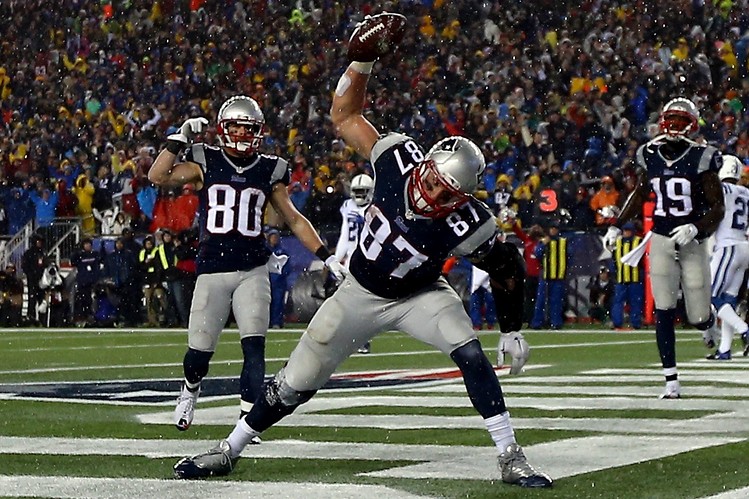 Talk about a guy who’s ready to cement his place in history, “Gronk” is in a position he’s never been in before a Super Bowl. Healthy. Although the massive tight end exploded on to the scene in 2010, he hasn’t played many healthy postseason games until this year. Gronk somehow managed to play on a severely sprained ankle in Super Bowl XLVI, but managed just two catches for 26 yards in a loss to the New York Giants.

The league’s best tight end wants to be taken seriously, and what better way to get everyone’s attention than being on the biggest stage in the all of sports? Gronk would catapult himself into the conversation as one of the greatest tight ends to play with a big game (and a win) against the Legion of Boom. 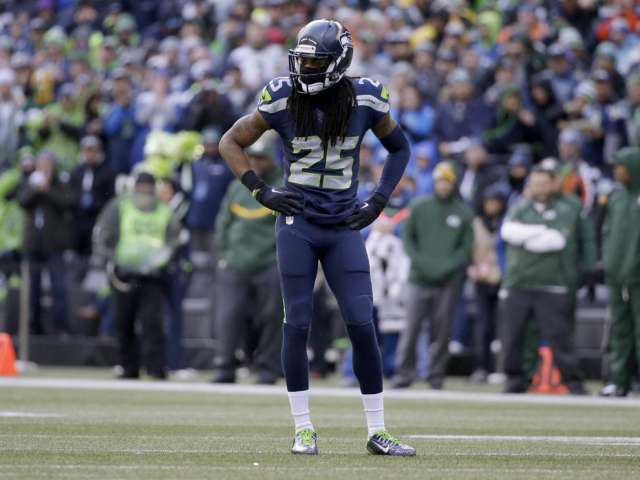 Sherman has done nothing but shut up the critics over the past year. We all remember the Michael Crabtree rant after the NFC Championship game. And since then, Sherman has been at the top of his game. What better matchup for one of the league’s best corners than squaring up against the high-powered passing attack of the Patriots? Sherman will be a bit banged up due to an elbow injury suffered against the Packers, but rest assured he’s not laying down when challenged with a task this great on a stage this big. Whether or not Brady throws at Sherman’s guy is a different story, but doesn’t that give a guy a ton of cred as the best in the game? 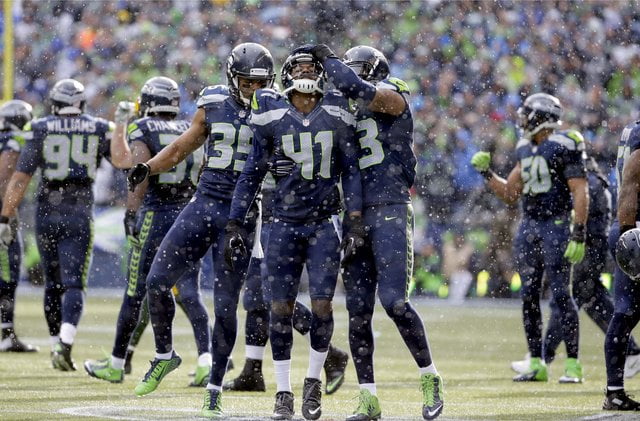 As much as we label individuals as key components for success and/or failure, there are very few times that full units get throw in to those conversations. People still talk about the 2000 Baltimore Ravens defense, the 1999 St. Louis Rams offense, and so on. If the Seahawks’ defense lives up to the hype and shuts down the Patriots’ offense en route to a second straight dominating performance in the Super Bowl, you can put them at the top of many lists as the greatest defense to take the field. The stats prove it, but the rings will define it.