5 Players Who Must Step Up in Week 16

With two weeks remaining in the 2014 regular season, several NFL teams on the brink of clinching playoff berths are gearing up for the most important games of their respective seasons. Others have been eliminated and must play for pride and, in some cases, play spoiler to those hoping to participate in games beyond December.

Four teams have punched their tickets to the postseason, with three of them—Denver, Indianapolis and New England—claiming division titles. The other still has a lot to play for and needs a certain replacement player to step up against a division rival this week in order for his team to clinch its division and much more.

The other players named here all have one thing in common: Their respective franchise is in the hunt for a playoff spot but have not yet clinched. You know most of these men not only by name, but also by face. They are recognizable. They are, for the most part, popular and beloved.

Let’s meet these players and find out why they need to step up this weekend.

Injured starter Nick Foles is unlikely to return to the lineup before the end of the regular season, so it looks like Mark Sanchez will be the guy taking snaps from Jason Kelce until at least January.

In his first four starts in relief of Foles, Sanchez was 14th in the league with a quarterback rating of 89.3; he completed 62.8 percent of his passes for six touchdowns and four interceptions. The Eagles went 3-1 over that time and climbed back into the NFC East division race with the rival Dallas Cowboys.

But during Philadelphia’s recent two-game skid, Sanchez has completed just 56.3 percent of his passes for two touchdowns and three interceptions—he is 26th  in passer rating over that time, accumulating a disappointing 67.0 rating.

In order for the seventh-seeded Eagles to remain in the playoff hunt, they need the Sanchez they had during November. Should he stabilize, Philly has a good chance of beating a deflated Washington team. 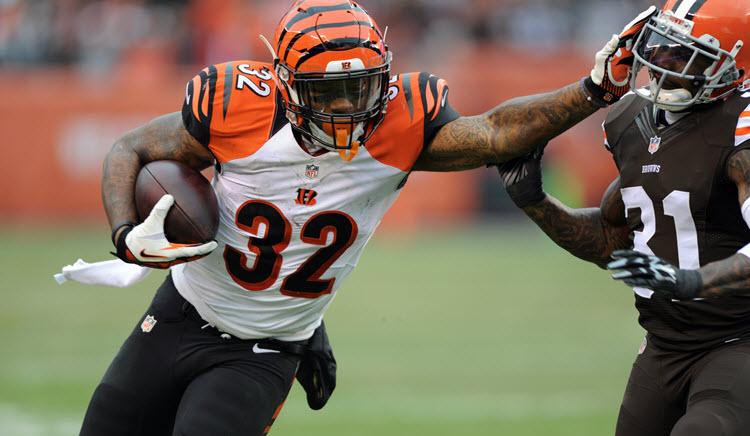 The Bengals are in the driver’s seat in the AFC North heading into Week 16. Thanks in part to a tie earlier this season, they are percentage points ahead of both Pittsburgh and Baltimore in the standings. And should they win out, the Bengals will claim the division.

But winning out will be tough, as this week Cincinnati hosts the Denver Broncos on Monday night in what should be a great matchup.

This season, the Bengals are 8-0-1 when rushing for at least 100 yards and are just 1-4 when failing to reach triple digits. And it’s not as though these yards come late in games to run out the clock after building a lead. Quarterback Andy Dalton has struggled this season and ranks 25th in the league with an 82.9 passer rating.

The team wins despite him, not because of him.

That’s why it’s important this week for Cincinnati to get the ground game going with Giovani Bernard and impressive rookie second-round pick, Jeremy Hill. The two have a combined 1,513 yards rushing (4.5 yards per carry) and 13 touchdowns this season, making them one of the best running back tandems in the league.

Being successful on the ground would also keep the ball out of the hands of Peyton Manning, and that’s typically a winning formula. 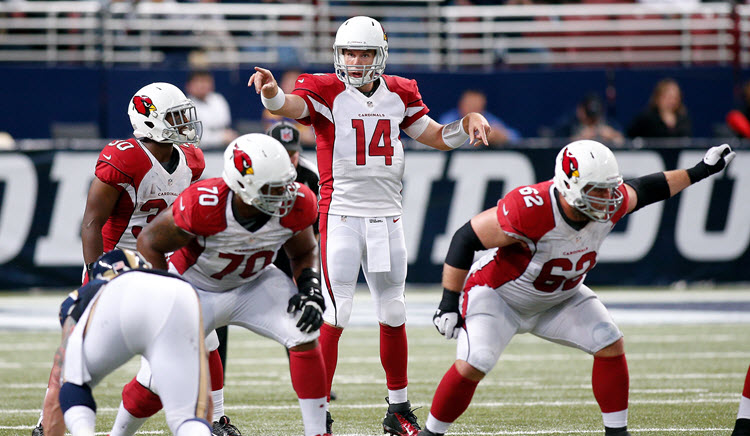 Courtesy of USA Today. Ryan Lindley faces the Legion of Boom defense this week in the biggest game of his life.

How much strife can one team withstand before it’s too much? We may soon find out. Under head coach Bruce Arians, the Cardinals have adopted the next man up cliché—so much so that it hasn’t mattered which player suffers an injury and has to miss action.

No matter whom it has plugged in as a replacement this season, the team has come up with the same results week-in and week-out.

That may change this week, as third-string quarterback Ryan Lindley will start in place of the injured Drew Stanton, who replaced the injured Carson Palmer. Lindley is a former sixth-round pick under former Cardinals head coach Ken Whisenhunt and ended up playing in six games as a rookie in 2012. He threw seven interceptions without a touchdown pass and, after relieving Stanton last week, has gone an NFL-record 181 consecutive passes to start his career without throwing a touchdown pass.

Arizona has a chance to clinch the NFC West and home-field advantage throughout the playoffs with a win over the division-rival Seattle Seahawks on Sunday Night Football. Considering the last time Lindley saw the Seahawks it was in relief duty during the infamous 58-0 drubbing in Seattle three years ago, he will be looking for a better showing from his team.

At home with one of the deepest rosters in the NFL, he and the Cardinals have a chance.

The Kansas City Chiefs are one of two teams this season not to allow a 300-yard passer (Miami Dolphins). In today’s NFL where passing is king, that’s difficult to do. And as well as Ben Roethlisberger has played over a nearly two-month stretch, something has to give.

Big Ben is one of five players in NFL history to throw for at least 2,500 yards over a seven-game stretch. You can see the other four listed below.

Despite running back Le’Veon Bell propelling himself into the “best back in the league” discussion of late, Roethlisberger is the key to Pittsburgh clinching a playoff spot this weekend. Why?

The Chiefs’ run defense is among the more porous in the league this season. Most teams run well on them, so Bell should have a great day. But not many quarterbacks have had success this season passing on coordinator Bob Sutton’s defense.

The only reason the Chiefs are ranked so low in passer rating allowed is because they have picked off only four passes this season. They are not ball hawks, and that is why Roethlisberger should have a great day and lead his team to yet another playoff berth.

Prediction: Roethlisberger surpasses 300 yards passing against the Chiefs in a winning effort.