5 options to replace Philip Rivers as the Chargers’ QB 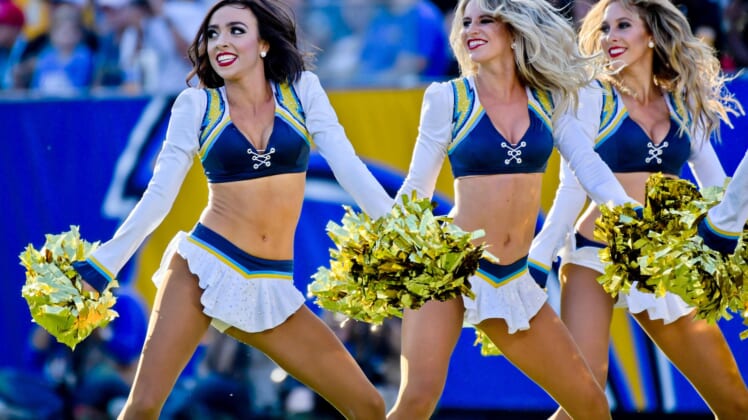 It’s officially official. After weeks of speculation, the Los Angeles Chargers and potential future Hall of Fame quarterback Philip Rivers have mutually agreed to part ways with one another after 16 seasons.

The rumors have persisted since Rivers put up a disastrous performance in 2019, tallying 20 interceptions en route to leading the Chargers to a last place finish in the AFC West with a 5-11 record.

With Rivers now heading to another NFL city, head coach Anthony Lynn and the Chargers are forced to look for both a short-term replacement under center and a potential long-term option in the 2020 NFL Draft.

It’s in this that we look at five options to replace Rivers at quarterback in Los Angeles next season.

Under contract with a mere $7.5 million cap hit for next season, Taylor becomes a logical stop-gap option for the Chargers. A Pro Bowler with the Buffalo Bills back in 2015, this veteran put up 65 total touchdowns and just 16 interceptions in parts of three seasons as the team’s starter.

The idea here would be for Taylor to play out his contract season as Los Angeles’ starter while the team grooms a long-term replacement in either 2020 or 2021. The likes of Justin Herbert, Jalen Hurts and Jordan Love are options this coming April. Meanwhile, the Chargers could eventually tank for Trevor Lawrence next season.

This could be the best of both worlds for the Chargers. Instead of having to retool on the fly or potentially look to rebuild, Los Angeles gets a talented quarterback who can be seen as a long-term option. Winston is on the outs in Tampa Bay after becoming the first quarterback in NFL history with 30-plus touchdowns and 30-plus interceptions in the same season.

Still only 26 years old, Winston would be a reclamation project for Lynn and Co. He’d also likely come in on a prove-it deal with an average annual salary right in the middle of the pack. It almost makes too much sense.

Yet another veteran who is likely on the outs following a substandard 2019 season, the Las Vegas Raiders will soon look to trade Carr. In fact, Jon Gruden and Co. have already been linked to impending free agent Tom Brady. The only hiccup here is Los Angeles being able to work out a trade with its division rival.

It’s readily apparent that Mariota will not return to the Titans in 2020 after being benched for Ryan Tannehill this past season. Tannehill led the team to a surprise AFC Championship Game appearance and figures to be the long-term solution in Nashville. That leaves Mariota on the outside looking in.

Los Angeles would not necessarily bring Mariota in to be its unquestioned starter. The former No. 2 overall pick has not earned that right after tallying a combined 31 touchdowns compared to 25 interceptions since the start of the 2017 season. Instead, he’d come on the cheap to compete with Taylor for the starting job. It’s a nice fall-back option for the Chargers.

This one is about as obvious as it gets. Sure moving on from a 38-year-old quarterback to replace him with a dude that turns 43 in August makes no real sense. That’s until we realize that the Chargers likely believe they can rebound and contend for a playoff spot in 2020. If this is indeed the case, Brady makes a whole lot of sense.

The six-time Super Bowl champion could leave New England in free agency. He’s said to be more worried about finding the right supporting cast than cashing in. With the Chargers, Brady would have an elite receiver duo in that of Keenan Allen and Mike Williams. Los Angeles could also re-sign Melvin Gordon in free agency, adding yet another reason for Brady to consider Southern California.