The top of the 2015 NFL draft was relatively tame when it came to trades. The first such move came when the San Diego Chargers traded up to the 15th overall pick to select Melvin Gordon.

This usually isn’t the case. In fact, last year’s draft could be considered more of an outlier than anything else. Four of the top-10 picks were moved during the 2014 NFL draft with a total of nine of the 32 Day 1 selections being traded.

We will likely see something akin to 2014 occur when this year’s version of the draft comes calling next month in Chicago.

If so, what teams have the assets to move up? Of those teams, who is most inclined to make the move? Here’s a look at five teams that could potentially move their way up the board when the 2016 NFL draft kicks off.

This is going to be all about how the top-five picks or so play out. If Los Angeles thinks it can nab one of the top-three quarterbacks at 15th overall, it might very well stand pat. Unfortunately for general manager Les Snead and Co., there’s no telling whether that’s going to come close to happening.

Considering quarterback has to be the biggest need for the Rams heading into the draft, is this team going to really want to chance it?

The good news here is that Los Angeles did pick up the Philadelphia Eagles second-round pick when it dealt Sam Bradford away last March. With three picks in the top 43, the ammunition is definitely here for a move up the draft board.

Whether it’s Carson Wentz or Jared Goff, the Rams could very well find a way to nab one of the top two quarterbacks in a move-up scenario. If they prefer Paxton Lynch, that’s a selection that could potentially be made at 15. 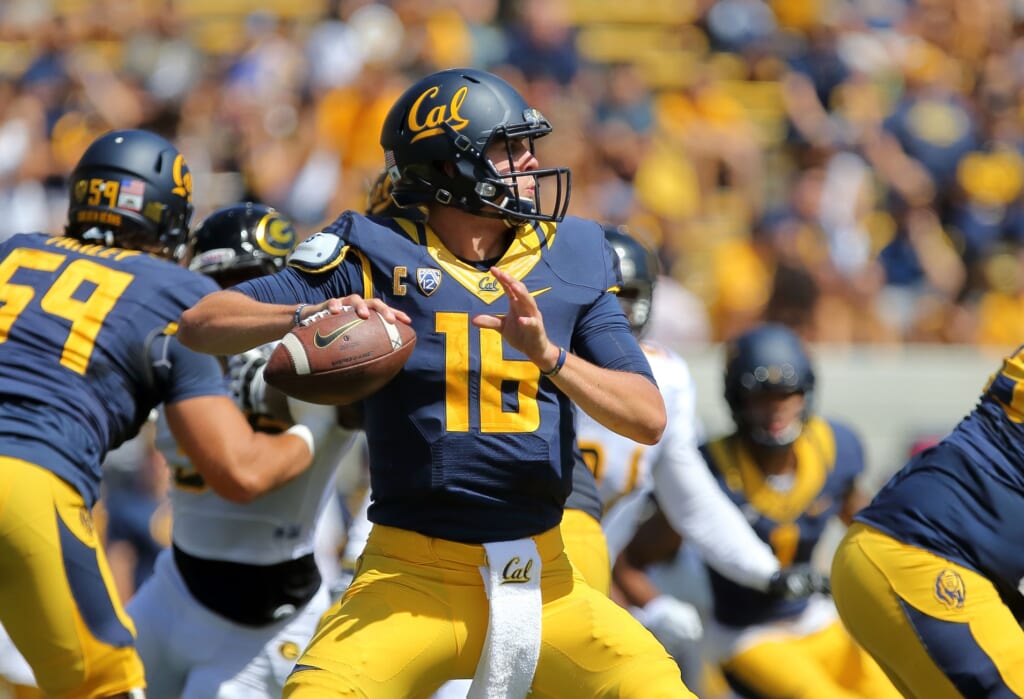 Depending on how the Colin Kaepernick situation plays out, San Francisco could have as many as 13 picks in the upcoming draft, including nine within the first five rounds. This obviously gives general manager Trent Baalke and Co. an opportunity to move up should the team target an elite-level player.

With the seventh pick in April’s draft, San Francisco will likely find itself in position to go after local boy Jared Goff. But is that a risk the team is willing to take after missing out on another CAL product in Aaron Rodgers just over a decade ago?

We know that the Cleveland Browns have been linked more to Carson Wentz at No. 2 overall. We also know that a vast majority of scouting outlets out there have Goff as the better prospect. What’s to stop Cleveland from changing its mind midstream?

That would put San Francisco in a less-than-ideal scenario, especially considering it likely prefers Goff over Wentz for Chip Kelly’s system.

History also suggests that Baalke has been much more successful drafting on the defensive side of the ball than on offense. In this, someone like former UCLA linebacker Myles Jack, considered by some the top prospect in the draft, could be a trade-up target.

It was just earlier this week that a rival NFC executive hinted that Philadelphia might be looking to trade up in order to acquire Wentz as the team’s quarterback of the future. This comes on the heels of the Eagles moving up five spots in a deal that sent Kiko Alonso and Byron Maxwell to the Miami Dolphins.

If quarterback is the target, the Eagles might have to find a way to get past San Francisco. If Wentz is the specific target, then the Tennessee Titans become a possibility at one. Heck, we know Tennessee is entertaining the idea of moving down.

There are, however, couple other layers to this scenario.

Philadelphia lacks a second-round pick after moving it to the then St. Louis Rams for Sam Bradford last March. Any trade up into the top half of the top 10 would then likely require a first-round pick next year — a mighty high price for a team that’s already picking in the top 10.

Despite missing that second rounder, Philadelphia does have four picks within the top 100. This could enable the Eagles to move up past San Francisco should Wentz last further than the Browns at two. 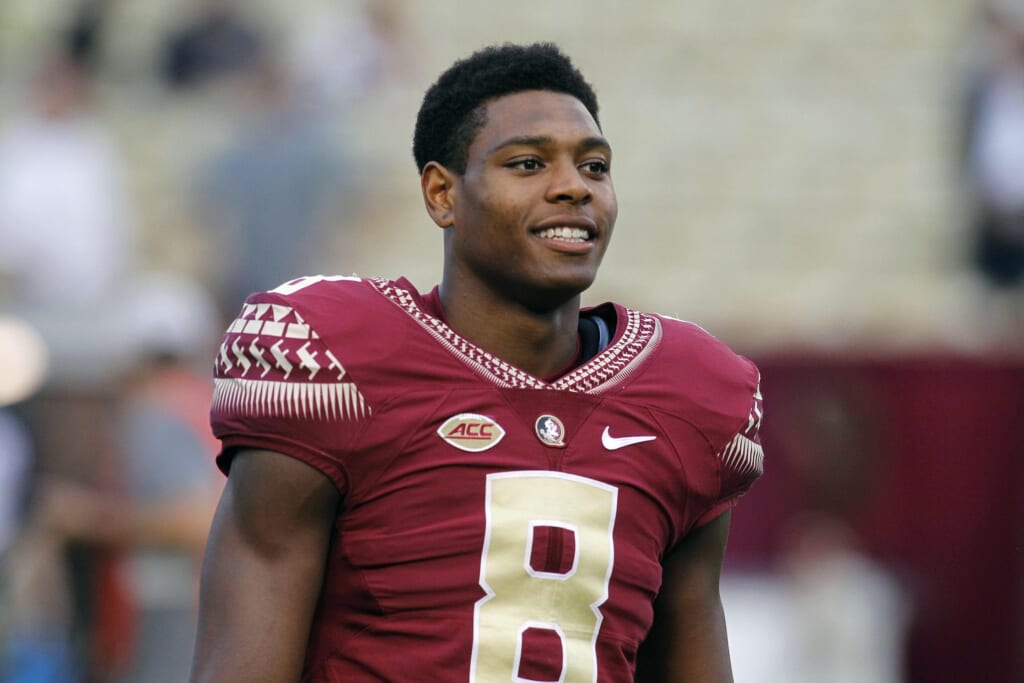 Talk about hitting the goldmine in recent drafts. Oakland followed up a 2014 class of Khalil Mack, Derek Carr and Gabe Jackson with a group last year that included Amari Cooper. These are four franchise-type players that have helped the Raiders return to relevance.

With what has to be considered a well-rounded roster, what is to stop general manager Reggie McKenzie from adding yet another elite-level player at a position of need?

That could come in the form of Florida State product Jalen Ramsey, considered by some the top overall player in the draft.

Ramsey can play outside at corner and help over the top at free safety, two positions of utmost need for Oakland. Though, any trade-up scenario involving Ramsey would likely end up resulting in him replacing a retired Charles Woodson at free safety.

Leave it to the Patriots to acquire an additional second-round pick after seeing their first rounder stripped by the NFL. Now with four picks in the top 100, New England could target a specific player at a position of need without having to give up too much of a bounty.

Looking at team needs, running back is a position the Pats could stand to address. Should Alabama’s Derrick Henry fall to the second round, that could be an area for the Patriots to target.

If nothing else, there’s absolutely no reason to sleep on New England come draft time. It’s better than any other team in the NFL when it comes to moving up and down the draft board.