5 NBA stars who would benefit from being traded 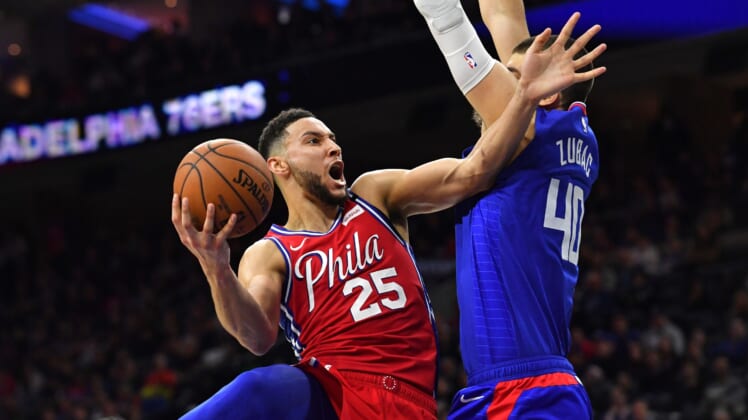 The upcoming NBA offseason is going to be frantic with the current campaign set to return in late July. Teams are going to have less than two months in between the end of the 2020 NBA Finals and opening night next season.

It’s certainly going to be interesting to see how teams handle the truncated offseason. What we do know is that the pace of said offseason is going to be fast and furious.

That will include some star players being traded. From an NBA champion in Cleveland to a three-time title winner in San Francisco and a young All-Star in Philly, here’s a look at five NBA stars who could use a change of scenery.

It’s by now well known that Love wants out of Cleveland. He asked the team to work on a trade ahead of February’s NBA trade deadline and before the season was suspended. The Cavaliers finished their 2019-20 campaign with a 19-46 record and have a good chance to land the No. 1 pick in the 2020 NBA Draft. The team is moving forward with Collin Sexton and Darius Garland as the face of its franchise.

For the 31-year-old Love, the best thing would be for him to move on to a contending team. He still has the ability to shine from the stretch-four position or as an outside threat at the five. Love averaged 17.6 points and 9.8 rebounds 37% shooting from distance during the 2019-20 campaign. A team like the Houston Rockets make a ton of sense.

I have focused on this a lot in the recent past. Even if Portland is able to sneak into the playoffs via a play-in tournament once the season resumes in Orlando, it is nowhere near being a legit title contender. Last season’s four-game sweep at the hand of the Golden State Warriors in the Western Conference Finals proved this to a T.

It’s now time for general manager Neil Olshey to break up the back-court combo of McCollum and Damian Lillard. For a player in McCollum who has not progressed in recent seasons, this could represent the best of both worlds. He would get out from under Dame’s shadow in the Pacific Northwest. There’d obviously be a lot of interest in his services, too. After all, the small-school product is averaging a robust 21.7 points on 40% shooting from distance since the start of the 2015-16 season.

It would not be an absolute shocker if this three-time NBA champ found himself on the trade block once the season concludes in October. Green, 30, still has some nice trade value despite regression in his game and being in the middle of major drama in Northern California in recent seasons. In fact, recent reports suggest the Warriors could net multiple first-round picks for Green.

The big man averaged 8.0 points, 6.2 rebounds and 6.2 assists this season. His shooting numbers might be a bit off, but the former Defensive Player of the Year still boasts an elite all-around game. Getting out from the shadows of Stephen Curry and Klay Thompson in San Francisco could do him some wonders. Heading to a title contender back east such as the Boston Celtics would also make some sense.

The drama between Gobert and teammate Donovan Mitchell after this All-Star center exposed his teammate to COVID-19 could very well lead to the former’s departure from Salt Lake City. While both are putting on brave faces publicly, there’s obviously some tension behind the scenes. If Utah were to choose between the two, it would opt for Mitchell as the face of the franchise moving forward.

From a pure on-court standpoint, Gobert might have already reached his ceiling with the Jazz. His scoring numbers have increased by just over one point per game since the 2015-16 season. Sure he remains one of the best interior defenders in the game, but blossoming into a two-way star might require a change of scenery for the star center.

I previously focused on the possibility that Philadelphia might have to break up the star duo of Ben Simmons and Joel Embiid. The drama and on-court struggles in Philly prior to the season being suspended back on March 11 add another layer to this. While moving Embiid might make more sense, the Sixers would likely get more in return for this All-Star “point guard.”

As for Simmons, it’s possible the 23-year-old All-Star could blossom even more in another environment where not as much is asked of him. He’s not a perimeter shooter, no matter how much Philadelphia wants to force it on him. What Simmons brings to the table is triple-double ability on a nightly basis and elite-level defense. That will be valued elsewhere. A team like the Golden State Warriors, who have three 20-plus point scorers, could make a lot of sense for the advancement of Simmons’ career.