5 NBA stars playing for big contracts down the stretch 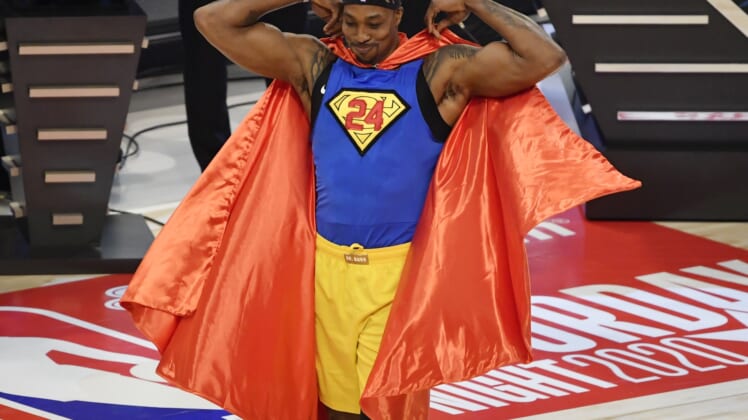 Team-wide success around the NBA can ultimately be a financial boon for individual players set to hit free agency. That’s no different with about two months remaining in the 2019-20 season.

New Orleans Pelicans star forward Brandon Ingram is set to hit restricted free agency after earning his first All-Star appearance. He could potentially get a max deal if the youngster is able to close the season out strong.

The same thing could be said for impending unrestricted free agent Dwight Howard of the Los Angeles Lakers. The future Hall of Fame center has seen a career resurgence this season. How will he look over the stretch run?

It’s in this that we check in on five NBA stars who could cash in big time this summer with strong performances to close out the regular season.

Coming off his first ever NBA All-Star Game appearance, the 22-year-old Ingram is slated to become a restricted free agent this summer. He’s averaging an absurd 24.9 points, 6.4 rebounds and 4.2 assists on 47% shooting from the field this season.

That seems to suggest that Ingram will be in line for a rookie level max contract offer from either the Pelicans or another team. Of course, this is dependent on him continuing at his current pace and remaining healthy. Remember, injuries were an issue for Ingram during his Lakers career. For Ingram, the final two months are about remaining on the court and showing consistency. If so, he’ll get paid big time this summer.

The 30-year-old DeRozan has a $27.74 million option for the 2020-21 season that he’s certainly going to decline. Still in the midst of his prime, this former All-Star will want to cash on one final long-term contract. The lackluster summer market for free agents only adds to this.

With that said, can a guy with a limited offensive game earn a max deal on the open market? Still able to go for 20-plus annually on a nightly basis, DeRozan has attempted only 74 three-pointers since the start of last season. He put up 287 in his final season with the Raptors. Expanding his shooting range while continuing to average 23-plus points on a nightly basis will help dictate the market DeRozan receives in free agency.

Set to become a restricted free agent this coming summer, VanVleet can make it clear to the Raptors that he’s a franchise cornerstone to go with Pacal Siakam. The former undrafted free agent from Wichita State has improved leaps and bounds in each of his first four seasons. He’s averaging 18.0 points and 6.8 assists on 40% shooting from distance this season.

Should Toronto continue its remarkable post-Kawhi Leonard run and earn a surprise trip to the NBA Finals, it would not be a shock if they handed VanVleet a rookie-level max contract. If not, we’re darn sure other teams will consider doing just that.

This potential future Hall of Famer is well beyond earning long-term contracts in free agency. Howard, 34, signed a non-guaranteed veteran minimum deal with the Lakers during the summer after appearing in just nine games with the Washington Wizards last season. He’s responded by putting up the most efficient numbers since his Orlando Magic days.

Howard heads into the unofficial second half of the season shooting 74% from the field while averaging 7.8 points and 7.8 rebounds in under 20 minutes of action. With Los Angeles battling it out for the top seed out west, the team might ask for more from Howard as the season comes to a conclusion. How he responds will tell us everything we need to know about how Howard’s market will play out come July.

His Magic are currently the eighth seed in the Eastern Conference at seven games under .500. It’s been an up-and-down season in Orlando for both Fournier and his team. Though, the 27-year-old guard is putting up the best statistical campaign of his career. Fournier is averaging 18.7 points on 41% shooting from distance.

Bosting a player option of $17 million for next season, it’s clear that Fournier will decline it and hit the open market. Given how weak free agency is going to be this summer, he could cash in big time. How the veteran performs down the stretch will play a large role in the market that greets him.