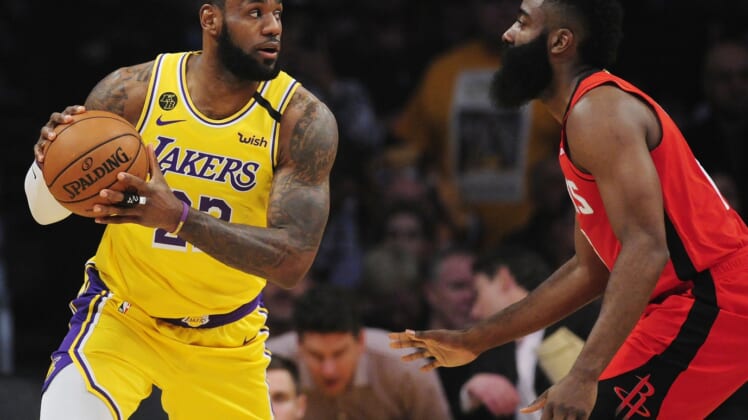 The NBA season is expected to resume on July 31 if both the Association and its players can agree on the parameters of continuing the campaign.

It’s been a long time coming since the season was suspended back on March 11. It’s also going to set up a strange scene at Walt Disney World in Orlando with 22 teams expected to resume the season.

The expanded playoff field coupled with no fans being in attendance will make the backdrop rather eerie. Though, some things will not have changed. Certain players will remain under a tremendous amount of pressure after a four-month hiatus. Here’s a look at five such players.

Prior to the season being suspended back in March, Embiid found himself at the center of some controversy surrounding himself and fans in Philadelphia. That coupled with the Sixers’ season-long struggles and Embiid’s injury issues placed him under the microscope in a big way.

Philadelphia currently sits as the sixth seed in the Eastern Conference. A short run in the playoffs could lead to the star duo of Embiid and Ben Simmons being broken up. Heck, head coach Brett Brown is on the hot seat. Yeah, the pressure is clearly on this All-Star big man.

Rockets general manager Daryl Morey clearly put the ball in Harden’s court with recent comments suggesting that he’s an all-time great and that anything less than a title this season would be a disappointment in Houston. At issue here is the team’s playoff struggles during the Harden era.

Last season’s six-game series loss to the Golden State Warriors in the Western Conference Semifinals magnified this. Harden might have averaged 34.5 points, but he did so on less than 45% shooting from the field while turning the ball over an average of four times per game. Despite his solid stats this season, it’s all about team-wide success in Houston. Harden must lead the team to a long playoff run if he’s going to overcome suggestions that he can’t win when it counts the most.

Potentially slated to earn a max contract extension after the season, Tatum was in the midst of a breakout campaign when it was suspended back in March. He’s also one of the primary reasons Boston has a good opportunity to come away with the NBA title in a truncated season.

Tatum, 22, is averaging 23.6 points and 7.1 rebounds on 40% shooting from distance on the season. He is now the face of the Celtics’ organization. The young man must step into that leadership role if Boston is going to upset the Milwaukee Bucks and head to the NBA Finals.

More so than any other player in the Association, Gobert is going to be under a microscope once the season returns. While his positive COVID-19 test is not the sole reason the season was suspended, it sure the heck did not help. A rift with star Jazz guard Donovan Mitchell adds a completely new layer to this all.

At 41-23 on the season, Utah remains a major dark horse in the Western Conference. Will Gobert and Mitchell be able to coexist? That will tell us the story in Salt Lake City moving forward.

Sure sports has taken a backseat during the ongoing pandemic, but James and his Lakers had to feel robbed when the season was suspended. Los Angeles boasted the best record in the Western Conference at 49-14 and was seen as the clear favorite to earn an NBA Finals appearance.

All of this came after a tragedy-filled first month of the 2020 calendar year and following a disappointing first season for King James in Southern California. The pressure is clearly going to be on this three-time NBA champion to lead his Lakers to another title once the season resumes in Orlando.