5 most devastating pass rushers in the NFL 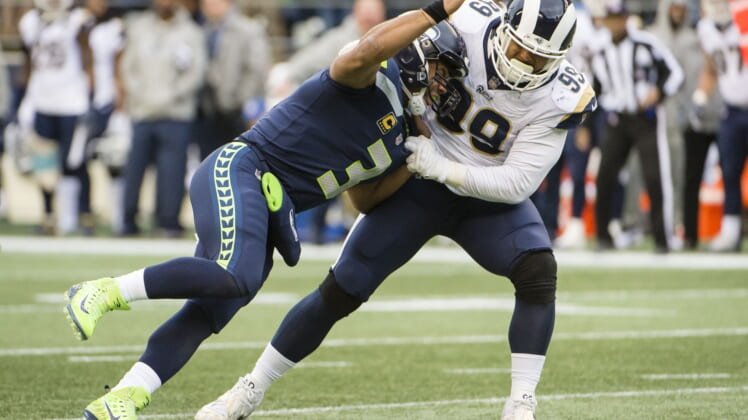 Disrupting opposing quarterbacks has become one of the most lucrative and important tasks the NFL has to offer these days. Those who can rack up the sacks and pressure passers into mistakes are raking in the cash.

So, who’s the NFL’s most devastating pass rusher heading into the 2020 season? That’s what we’re going to dive into here. Ranked in reverse order, these five pass rushers are the best in the business.

As a rookie last season, Bosa more than lived up to the hype that surrounded him as the second-overall pick. He was the superstar of a star-studded 49ers defensive line that had much to do with the team making it to the Super Bowl. Bosa was relentless off the edge, racking up 60 total pressures (fourth in the NFL, per Next Gen Stats), and a 16.4% disruption rate.

The young Ohio State product will have to finish more in the future, as he “only” had nine sacks. But there’s no doubt this star pass rusher has the ability to disrupt opposing offenses better than almost any player in the NFL today.

Few players have been as consistently dominant off the edge in recent years as Jones. He’s racked up a stunning 49 sacks in the past three seasons, finishing the 2019 campaign with a career-high 19 sacks — good for second in the NFL. Additionally, Jones has become a strip machine. Last year, he forced eight fumbles to lead the league.

Before being suspended indefinitely for his absurd actions against Pittsburgh Steelers quarterback Mason Rudolph, Myles Garrett was a legit Defensive Player of the Year candidate in 2019. He appeared in 10 games before his suspension. In those games, Garrett had a disruption rate of 18.5%, a sack rate of 3.5%, piled up 53 total disruptions and 10 sacks.

If Garrett can stay healthy and keeps a level head in the future, he has the potential to become an all-time NFL great.

No player had more pressures than Smith did last season (93, per Pro Football Focus). Even better, according to Next Gen Stats, not only did Smith have the most pressures in the NFL, but he had the most disruptions (84) and turnover-inducing pressures in the league, too.

Though he “only” had 13.5 sacks, Smith hit opposing quarterbacks 37 times, becoming the fourth player in history to achieve that mark. The Packers paid him a ton of money last offseason in free agency, and he immediately proved he was worth every penny.

Pressure off the edge is devastating. Pressure up the middle is something no quarterback can easily escape. That’s why Aaron Donald is the king of the hill when it comes to disruptive pass rushers in the NFL. This dude is absolutely menacing inside. He is a wrecking ball every single play, which is why so often you’ll see two or three offensive linemen trying to guard him. Too often, it doesn’t work.

Last season, Donald had 90 disruptions, 69 quarterback pressures and racked up 12.5 sacks. And that was a down year for big No. 99. Sheesh.