With the recent release of the 2015 NFL schedule, there will be 53 prime time games that will take place throughout the season.

There are obviously some fantastic matchups on the schedule. However, some just look to be a bit on the boring side.

Let’s check them out.

Every NFL team gets the opportunity to appear in a prime time game. So why not pit these two bottom-feeding AFC South teams, who totaled a combined five wins last season, together on Thursday Night Football?

The positive here is that if neither team has racked up a win to this point, it would bring some intrigue to the game.

Back by popular demand? America clearly clamoring for another #Titans–#Jaguars Thursday night game after last year's classic in Jacksonville

As Wyatt indicated, these two teams played on Thursday Night Football in Week 16 of last season with Jacksonville coming out on top 21-13. Yeah, it wasn’t the most scintillating matchup.

If you have eaten enough turkey to have a Thanksgiving hangover by this point, and you are still awake at 8:30 p.m ET, this unexciting game might put you to sleep. In fact, it might have all of us snoring with a cocktail in our hands by halftime.

With the Packers playing at home against what promises to be a suspect Bears team, this game has slaughter written all over it.

The Bears have nine of their last 10 meetings with the Packers. And with Jay Cutler likely to be under center, we can all expect that patented second quarter interception to put this one away and send us all to bed. 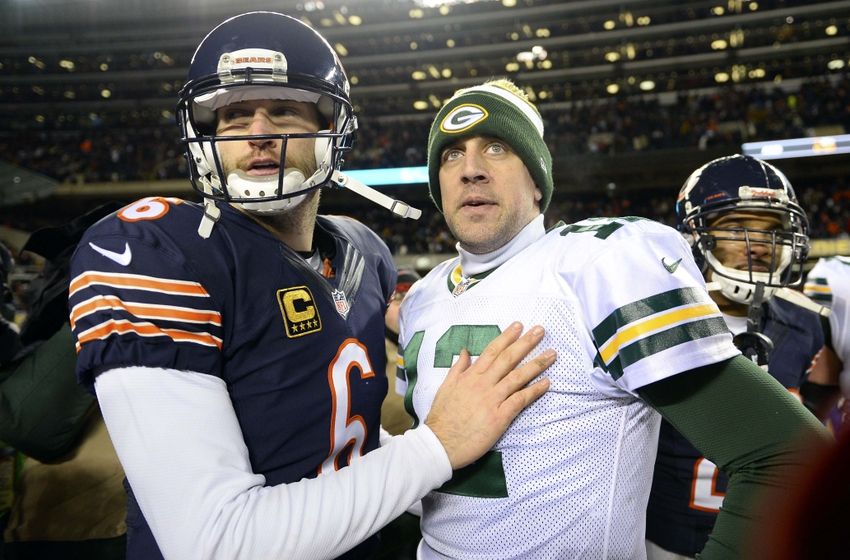 In what will likely be quarterback Jameis Winston’s prime time debut, this game does not present much of a wow factor.  Neither team will be anywhere near contending for the playoffs at this point. This could also be a Thursday night shutout, especially considering the Rams defense has been known to have its way with lower-scoring offenses in the past.

Surely sitting the bottom of the heap within their divisions, the most we can hope for in this late-season game is some sort of close-scoring competition to keep us from changing the channel.

Did we see how well the Cowboys played during the stretch run in 2014? The Jets, who will have their usual meager handful of wins at this point in the season, will be no match for a potential playoff-bound Cowboys playing at home.

While we do not know who will be quarterbacking for the Jets, we do know if the Cowboys have last year’s December version of Tony Romo in the house, this game could be a blowout city.

Tough decision here. If you’re going to put off last-minute holiday shopping, is it really going to be to see the Oakland Raiders play on Christmas Eve? Not likely.

If the Chargers are still led by Philip Rivers in this one, they could very well be competing for a playoff berth.

If the Raiders are competing for an actual playoff spot at this point, then something went severely wrong in the AFC West. Then again, this might actually be the Raiders last home game in Oakland before moving to Southern California. That would add some intrigue.