5 MLB Trades That Need to Happen Before Deadline

With the MLB trade deadline nearing, there promises to be a nice amount of wheeling and dealing in the coming weeks. The likes of Jeff Samardzija, Jason Hammel, Brandon McCarthy and Huston Strett are already off the market. This tells us a story of contending teams valuing pitching over hitting at this point in the process.

Continuing with that theme, we are going to check in on five trades that simply need to happen prior to the trade deadline later this month. You will see some top pitchers and hitters in this article, but make sure to understand that this isn’t necessarily based off any recent rumors. Instead, this article is more focused on specific players currently on the block and the best possible trade partners for the teams that they’re currently on.

1. David Price From the Tampa Bay Rays to the Seattle Mariners

Courtesy of Tampa Times: Another rough patch for Tampa Bay and Price will be moved.

Despite being in reaching distance for a playoff birth after a recent stretch of strong play, Tampa Bay will likely look to move its ace between now and the trade deadline. With other contending teams in need of a top-tier starter, especially with Jeff Samardzija off the market, the Rays could get a bounty in return and still potentially contend for the AL East title. In reality, Price’s value is currently at an all-time high.

Update from @JonHeymanCBS on #Mariners' trade talks with #Rays, plus other bats they've targeted recently: http://t.co/xNh9s6ClDj

The team mentioned as a strong possibility for Price’s services is Seattle, who is in need of an upgrade either at the plate or the bump in order to realistically contend with the Oakland Athletics and Los Angeles Angels in the AL West down the stretch. The idea of Seattle being able to throw Felix Hernandez and Price out there 40 percent of the time has to be thought-provoking to Mariners general manager Jack Zduriencik.

In regards to what Seattle could potentially offer, it all starts with electric young starter Taijuan Walker, who the Rays are said to be coveting. In addition to that, infielder Nick Franklin and top pitching prospect James Paxton could interest Tampa in a potential deal. That’s the type of bounty it would take to pry Price from the Rays at this point.

2. James Shields From the Kansas City Royals to the Baltimore Orioles

Courtesy of MLB.com: Shields is an attractive option for contending teams.

Kansas City may still consider itself in the AL Central race, but a time is coming in the not-so-distant future where it is going to have to face reality. Seven games behind the division-leading Detroit Tigers and with a half of dozen teams in between itself and a wildcard birth, Kansas City is definitely on the outside looking in. Shields, who has been one of the most consistent starters in the American League over the past four years, is set to become a free agent following this season. There is no reason to expect Tampa Bay to be able to retain him long term. So why not attempt to get value for a player who will be among the best pitchers on the trade market?

It’s time for the Royals to trade James Shields http://t.co/k37A0xXXeq (via @fangraphs) pic.twitter.com/v0pFFWi2Tq

On the other hand, Baltimore boasts one of the best offenses in all of baseball. It needs to add a quality arm to the rotation in order to be considered a serious contender in the American League and fend off the likes of the New York Yankees and Toronto Blue Jays in the AL East. Shields would be an immediate upgrade over all but one starter on the Orioles roster at this point.

Baltimore possesses an average farm system, but does have a couple solid youngsters ready to contribute. Top prospect Kevin Gausman has had a cup of team with the Orioles this season and is likely off limits. As you already know, solid starting pitching prospects have been a rarity for the Orioles farm system in recent years. This leaves us a bit further down on the totem pole, where starters Eduardo Rodriguez and Hunter Harvey may come into play. In addition to that, infielder Jonathan Schoop could be a viable option in a potential Shields’ trade. He’s blocked by Manny Machado at third base and has been playing at other positions with Baltimore this season. Despite this, Schoop has shown some power potential and could be a viable long-term option in Kansas City.

3. Cliff Lee From the Philadelphia Phillies to the St. Louis Cardinals 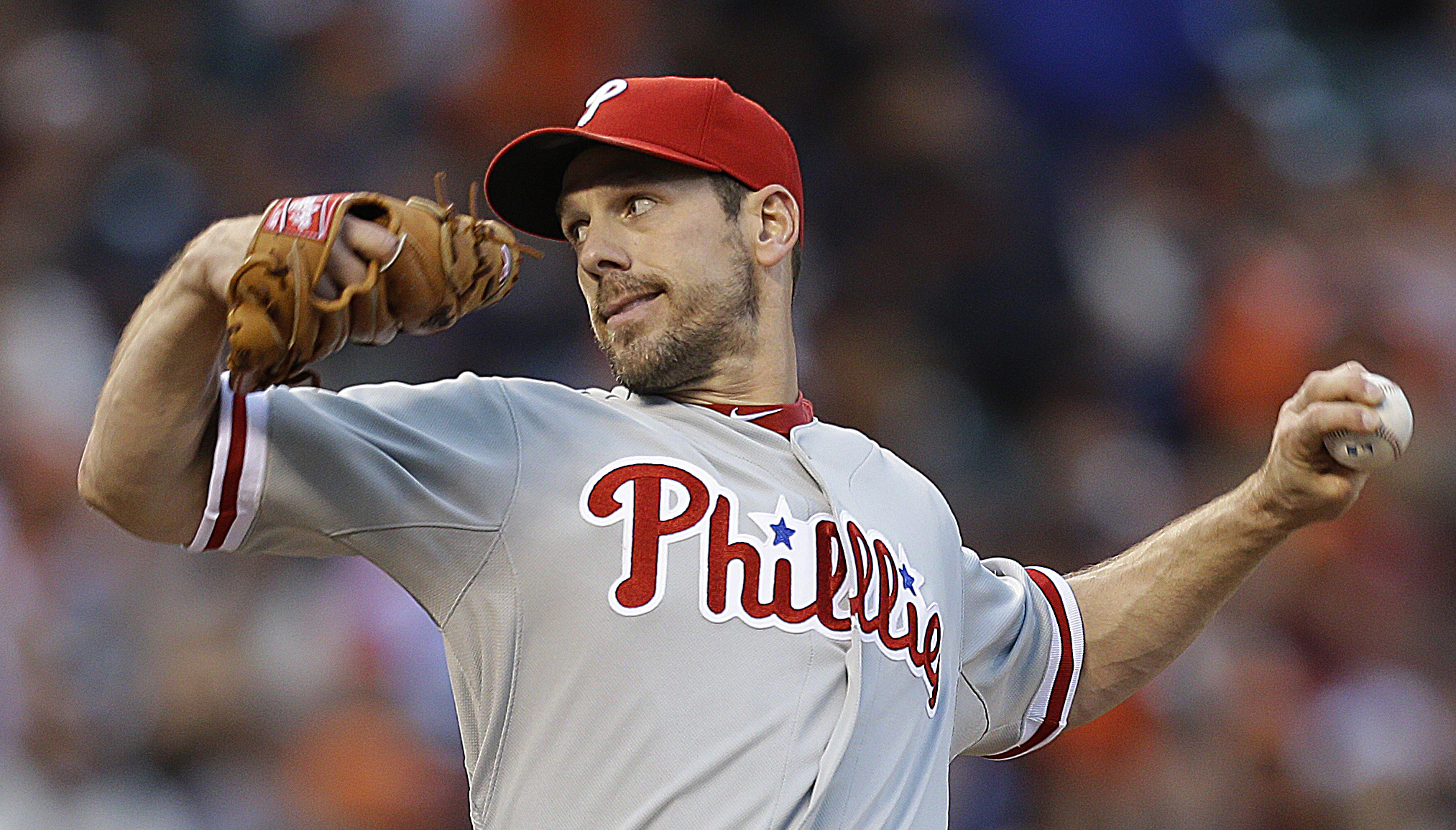 Courtesy of MLB.com: Despite injury and contract concerns, Lee could be moved.

Lee just recently returned from injury and didn’t look too good as it relates to control. Most of that has to do with being rusty more than anything else. The near 36-year-old pitcher has $25 million guaranteed to him in 2015 and a $27.5 million bonus for the 2016 season that includes a $12.5 million buyout option. Combine all of these factors together and it seems that Lee is nearly untradable at this point.

It just seems that way. Lee was 14-8 with a 2.87 ERA in 31 starts last season and has been among the most reliable starters in baseball over the past decade. During that span, the lefty has started 30-plus games in all but two seasons. If Philadelphia were to trade Lee, it would have to pick up a nice amount of his contract for the next two seasons. That would also enable the Phillies to net a decent return.

With Jaime Garcia sidelined for the season and Michael Wacha currently on the DL, St. Louis needs to start scouring the open market for potential starters. Outside of ponying up the farm for David Price, it appears that Lee is the Cardinals best option. He’s under team control for at least one more season and can act as the left-handed counterpart to what staff ace Adam Wainwright brings to the table.

St. Louis still boasts one of the top overall farm systems in baseball and would be able to put together a package for Lee. Outfielder Oscar Taveras would likely be off limits in any deal that doesn’t include Price. This leaves outfielder Stephen Piscotty, reliever Carlos Martinez and starter Rob Kaminsky as potential farm hens that could move in a deal for Lee.

4. Starlin Castro from the Chicago Cubs to the New York Yankees 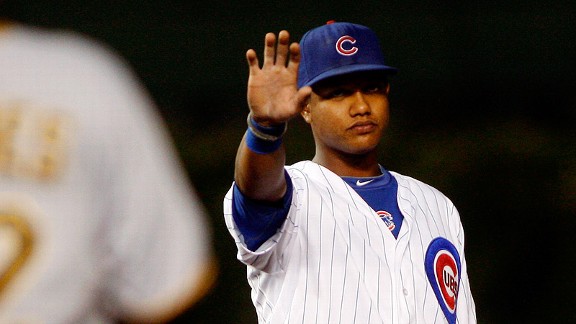 Why the heck not? That’s the question that keeps popping into my head when dissecting potential trades before the July 31st deadline. It’s not a secret that Chicago is going to have to unload either Castro or one of its top Minor League shortstop prospects at some point in the not-so-distant future. In addition to Addison Russell, who was just acquired from the Oakland Athletics, Javier Baez was the Cubs top overall prospect heading into the season. Some have suggested that Castro could move to third base, but Chicago’s No. 2 prospect Kris Bryant is a natural third baseman.

It just makes too much sense for the Cubs not to entertain the idea of collecting a rather lofty bounty for Castro at this point. What better potential destination than the Yankees, who will be without Derek Jeter in 2015 for the first time since the Clinton Administration? While this is a type of deal that normally takes place during the offseason, New York has extra motivation to get it done before the season is over. It’s currently in the midst of a playoff race and could use Castro as second or third for the remainder of the season. The Yankees could also ask for one of Chicago’s remaining starters in a potential deal here.

Yankees general manager Brian Cashman has been hesitant to get rid of prospects for veterans, but dealing for Castro would be an exception to the rule. At just 24 years old, the young infielder is still years away from hitting his prime and free agency. He’s practically what Cashman hopes the Yankees can get from a few of their top prospects. While the bounty would be huge, the likes of catcher Gary Sanchez and outfielder Tyler Austin could intrigue Chicago. Though, you have to believe the Cubs are going to be looking for young starting pitching in return.

5. Chase Utley From the Philadelphia Phillies to the Oakland Athletics 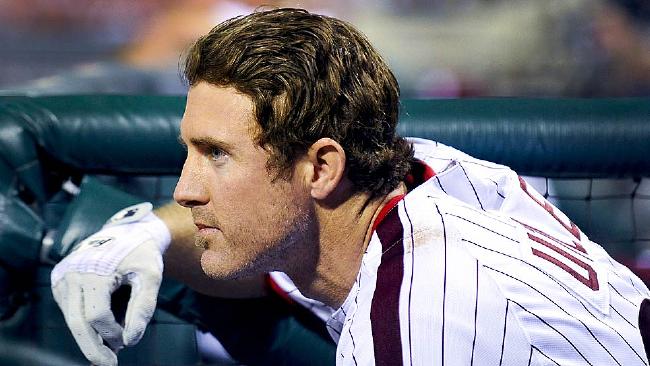 Courtesy of Sporting News: Could Utley return home to California?

This is a deal that should happen, but is unlikely to go down prior to the deadline. Utley has a no-trade clause that he would have to waive in order to be moved to Oakland. The former All-Star refused to indicate whether he’d be willing to waive it in order to head to a contender. The perfect fit would most definitely be California, where Utley is from. Both the San Francisco Giants and Oakland are in need of upgrades at second base.

The issue with San Francisco attempting to deal for Utley is the fact that it doesn’t necessarily have the young players to get a deal done. While Oakland did yield its top-two prospects in the Jeff Samardzija and Jason Hammel deal with the Chicago Cubs, it still does possess some young pitching that could interest Philadelphia.

Tommy Milone, who was 6-0 with an ERA under 2.50 in his 11 starts prior to being demoted to Triple-A Sacramento in early July, is a decent option. There is, however, an indication that teams may value 25-year-old Drew Pomeranz over Milone. After struggling with Colorado over the previous three seasons, Pomeranz boasts a 5-4 record with a 2.91 ERA in 17 games (eight starts) this year. Infielder Renato Nunez could also be an option for Philadelphia here.