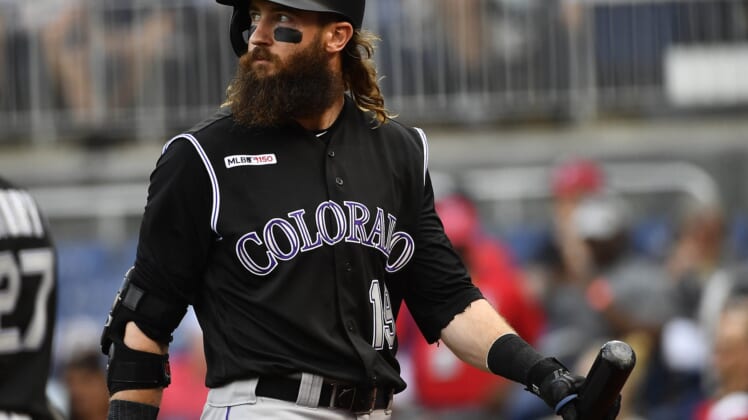 The MLB trade deadline is fast approaching and with less than a week remaining until 4 p.m. EST ticks by on July 31, time is ticking down for teams to strike.

While there’s always pressure on teams leading up to July 31, it’s intensified this year because this is the last time trades can be made this season. The impact from the trade deadline can not only shape this year’s postseason, but it can also shape future Octobers.

Whether a front office is looking for the missing pieces to contend or shopping impact players to build for the future, the time is now to strike with a deal and make the best of this season.

Here are five last-minute deals that MLB teams need to make before the trade deadline.

The Mets are reportedly intent on moving him, which should be music to Houston’s ears. Houston needs another starter for its playoff rotation. The opportunity to turn Syndergaard back into his elite form and slide in as the No. 3 starter is perfect.

The talent, plus two years of team control, means a deal must start with Houston sending outfielder Kyle Tucker. Pair the No. 10 prospect in MLB along with right-handed pitcher J.B. Bukauskas, MLB Pipeline’s No. 95 prospect, and throw in Houston’s No. 5 prospect infielder Freudis Nova. It’s a win-win for both sides as the Mets build for a better future and Houston loads up for October.

Losing Andrew McCutchen proved to be a major hit for Philadelphia’s lineup and clubhouse. If the Phillies want to get back into the postseason hunt, they must find someone to take his place.

Blackmon is in the midst of another outstanding season with the Rockies thanks to his .319/.363/.594 slash line and 21 home runs. He could slide into left field immediately and add an All-Star bat to give Bryce Harper more support. A package centered around third base prospect Alec Bohm, MLB Pipeline’s No. 35 prospect, could be what Colorado needs to move its star outfielder.

If San Francisco is intent on keeping Madison Bumgarner, then Atlanta’s best option is addressing two areas of need in a single trade. The Braves scouted Stroman’s recent start and should have come away impressed by his 1.80 ERA in July and his 2.96 ERA on the season.

He gives Atlanta a front-line starting pitcher through the 2020 season, while Giles (1.59 ERA) could immediately close for them in the same window. The Braves can package pitching prospects Ian Anderson and Kyle Muller to give Toronto two pitchers closing in on being MLB-ready and fitting into Toronto’s timeline for the future.

Los Angeles Dodgers: Lock down the bullpen with Edwin Diaz

The Dodgers want to add an elite reliever to strengthen their bullpen behind Kenley Jansen. If Felipe Vázquez isn’t available, then the team can look to the Mets for another elite weapon out of the bullpen.

Los Angeles is already being linked to Diaz, and for good reason. The organization’s pitching coaches are exceptional. If any club can get Diaz back to the form we saw last season when he posted a 1.96 ERA and struck out 124 batters, it’s Los Angeles.

The Mets are now building for the future. With the surplus the Dodgers have at catcher, prospect Keibert Ruiz becomes expendable for Diaz’s talent. Los Angeles would have an All-Star duo in the bullpen and the Mets pick up their franchise catcher.

Cleveland is back in the postseason picture and shouldn’t feel compelled to move Bauer, but the Yankees have the farm system that can make anyone available for the right price.

The benefit of Bauer joining the Yankees is obvious. He’s one of the game’s most dominant pitchers and can easily handle the pressure that comes with leading this rotation for an October run. Even if he makes $20 million in his final year of arbitration, that’s a financial cost the Yankees can afford for someone this talented.

Fortunately for New York, it offers the Indians exactly what they need. Clint Frazier would slide in and immediately become Cleveland’s best outfielder in a reunion with the team that drafted him. He can be paired with pitching prospect Deivi Garcia, the team’s top prospect, and outfield prospect Everson Pereira to get the deal done.