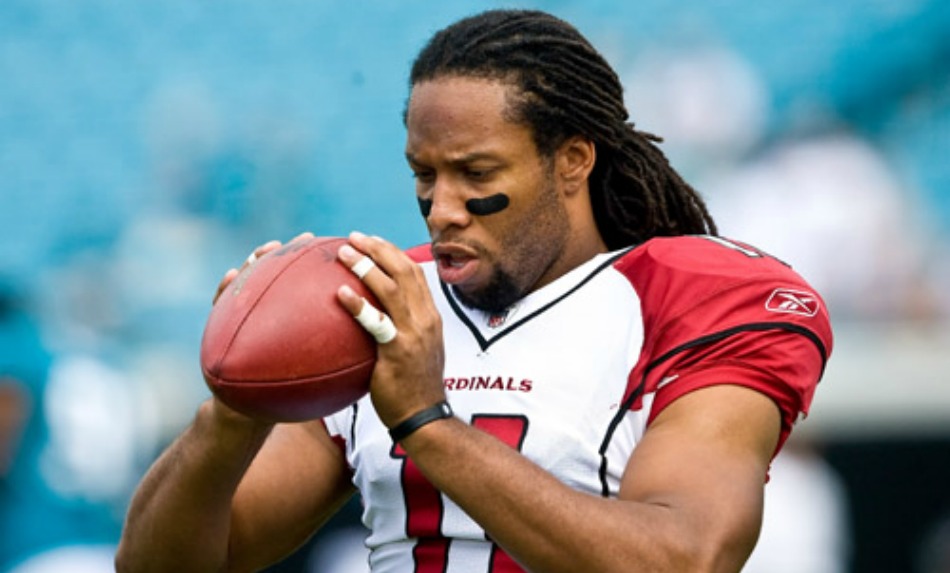 The NFL already has a strong group of wide receivers set to potentially hit the free agent market next month. While Dez Bryant and Demaryius Thomas aren’t likely to ever see the light of day, the likes of Jeremy Maclin and Torrey Smith should headline a solid group.

In addition to that, these five veterans could very well be joining the others on the open market next month. Here are a few receivers who might find themselves getting a pink slip within the next few weeks.

Marshall, who will be 31 years old next month, will be guaranteed his $7.5 million salary if he remains on the Bears roster on March 12. This would occupy about $9.6 million of the team’s cap space. When Marshall spoke with new Bears head coach John Fox last month, he was assured nothing about his future in Chicago.

Tangles and outbursts in the locker room as well as a controversy about him working on the side with “Inside the NFL” has launched rumors that Marshall could be rejoining his old coach, Marc Trestman, in Baltimore in 2015. Coming off his worst season in years with only 721 receiving yards, Marshall isn’t leaving his best impression on the new coaching staff entering March.

This future Hall of Famer is on track to earn $15.5 million in 2015. In addition to this, Fitzgerald’s cap hit is slated to be $23.6 million if he doesn’t take a paycut. Trying to do everything they can to keep Fitzgerald a life-time Cardinal, the franchise is trying to come to an amicable deal that would convince him to restructure his contract. Showing he has steam left in the engine, the 31 year old is still a quality receiver. If he can’t come to terms with the Cardinals, perhaps the New England Patriots could have a shot to acquire him. That would at least enable the veteran to compete for a Super Bowl in the twilight of his career.

With a $10 million salary due in 2015, Jackson would occupy $12.4 million of the struggling Buccaneers salary cap. Considering the Buccaneers won two games last season, they will be looking to spend some money at a wide array of positions this offseason. Rumors surfaced last year that the Buccaneers may look to move Jackson in a trade this offseason.

In addition to this, Jackson was vastly outplayed by rookie wide receiver Mike Evans this past year. The Texas A&M product put up 1,051 yards and 12 touchdowns compared to 1,002 yards and two touchdowns from Jackson. Jackson may very well be an expensive option that Tampa Bay can’t afford with the other needs it possesses and the strong play of Evans at wide receiver.

The bounced-around, often-injured Harvin comes with the lofty price tag of $10.5 million for 2015. However, the Jets can cut him and get their fourth-round draft pick back. While it was reported that he clashed with his then Seattle Seahawks teammates prior to the trade to New York last year, Harvin seems to be at peace playing in New York. Although Harvin may be happy, he has yet to play a full season in his six-year career. He also has never totaled 1,000-plus receiving yards in any one season during that span.

Harvin doesn’t boast a lot of appeal for the upcoming future a Jets organization that is struggling in so many other areas. This could be an indication that he will be on his way out of town.

Considering the Vikings can save $9 million if they wait until mid June to cut Jennings, he could be a late addition to the open market. Then again, Minnesota could designate him a post-June cut, which would enable the team to use that money during the early stages of free agency. Scheduled to count $11 million against the Vikings salary cap, Jennings may also be on his way out of town. He hasn’t surpassed 1,000 yards or double-digit touchdowns since 2010. If some restructuring does occur, this would obviously benefit the 31-year-old Jennings. If that doesn’t happen, Jennings will be calling a new city home in 2015.