5 College Football Programs that could shock the world in 2020 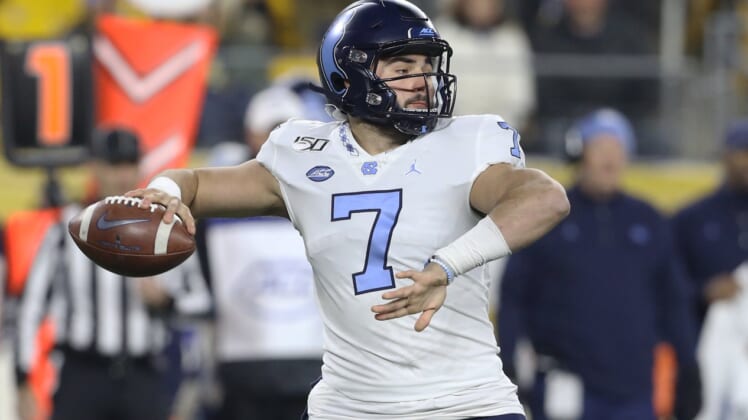 College football is often criticized for being dominated by a repeating cast of a few elite teams. However, especially once you look beyond the playoff-level programs, there are plenty of shocking stories every single season.

Due to the nature of being a college sport, NCAA teams face much higher levels of turnover than their NFL counterparts. The very best players head for the pros, while others simply graduate and are replaced by a fresh crop of recruits.

Thanks to this roster shuffle, along with the constant coaching carousel, programs can make massive leaps (or take massive steps back) from one season to the next. Here are five teams that, for good or bad, might deliver some of these biggest twists in the 2020 season.

I know, I know. Predicting Texas to finally return to its days as a perennial Big 12 and national championship contender is so cliche it has literally become a meme. Even simulations say this isn’t the Longhorns’ year. But there are reasons to believe they may finally return to the top in 2020.

Although finishing 8-5 in 2019 was disappointing given the Longhorns came into the season ranked in the top 10, this record doesn’t tell the whole story. Texas showed it was able to hang with top teams. The Longhorns lost by one score to both the Big 12 and national champions Oklahoma and LSU, and dominated Utah in the Alamo Bowl. However, they also struggled with consistency, especially late in the season, where they fell twice to unranked opponents.

Luckily for Texas, consistency should be easier to come by next year as they return most of their key starters with a year more experience, including standout quarterback Sam Elingher. Elingher finished in the top 20 nationally in quarterback rating last year, along with being the Longhorns leading rusher. Behind Elingher and fourth-year head coach Tom Herman, Texas might, finally, be back in 2020.

I’ve talked before about how the Tar Heels could be set for a breakout season in 2020. I mention them again because more than perhaps any other team in the country they have the tools in place to make a leap forward. The most important pieces of a college football program are its head coach and starting quarterback, and the Tar Heels are truly set with Mack Brown and Sam Howell.

Based on his track record Brown could easily be coaching at a bigger program, and Howell is coming off a truly remarkable true freshman season. The Tar Heels only finished 7-6 in 2019, but when any team comes a two-point conversion from knocking off Clemson they are a team to watch. Don’t be surprised if the Tar Heels crack the top 25, or even the top 10, which they haven’t done since 1997, under head coach Mack Brown.

Nick Saban’s track record at Alabama, especially recently, is so dominant that no heights the program might reach in 2020 would be shocking. What would be shocking, and thus earns them a place on this list, is if the Crimson Tide had an off year. They haven’t finished outside AP top 10 in over a decade, and have five national championships over that same span.

However 2019 was the Tide’s worst finish since 2010, as losses to LSU and Auburn cost them a potential playoff berth, and 2020 may be even worse. Thanks to the pandemic (which they’ve had particular problems with) the Crimson Tide will likely be starting junior Mac Jones, who was good but not quite Alabama standard filling in for Tua Tagovailoa last season.

Jones threw two key interceptions in the loss to Auburn, and in a normal season would likely be replaced by 5-star freshman Bryce Young. Regardless of who gets the reigns to the dynasty’s offense, they’ll face a tough road. Alabama takes on the eighth-toughest schedule of any team, including of course rematches with both teams they lost to last year. If Saban and Co. can’t flip those contests, and maybe drop one more along the way (Georgia stands out as another potential loss) they may have their worst season since Tim Tebow won the Heisman.

For Cardinal fans, it likely feels like much longer than 5 years since 2015, when a dominant Rose Bowl win over Iowa earned Stanford the third slot in the final AP poll. Last season, riddled with injuries, the Cardinal limped to a 4-8 finish with four straight losses to close out the disappointing season.

Of course the good thing about injuries is that they heal. Among many others who missed games in 2020, top offensive tackle Walker Little should be fully healthy again. His partnership with 4-star recruit Myles Hinton should help Stanford return to its identity as a bruising run-first offense.

This improved rushing attack could take pressure both off the defense, which was uncharacteristically bad in 2019, and quarterback Davis Mills, who struggled at times filling in for another injured starter in KJ Costello. Prior to last year, head coach David Shaw had never led the Cardinal to a losing record. In his 10th season at the helm, look for Shaw to get things back on track and even challenge for the Pac-12 North title.

LSU, like Alabama, has the potential to deliver a shocking season simply because the bar for the reigning champs is so high. In 2019, they were dominant, riding a historic season from future first-overall pick Joe Burrow to an undefeated championship. While many have been quick to anoint LSU as the next great college football dynasty, just two years ago (perhaps not so coincidentally the last year before Burrow’s arrival in Baton Rouge), LSU finished ranked just 18th in the country.

In 2020, LSU will have to adjust to sending a record-setting fourteen players to the NFL draft. These drafted former Tigers include not just Burrow but three starting offensive linemen and two more key skill position players in wideout Justin Jefferson and running back Clyde Edwards-Helaire. Losing all this talent, LSU’s offense is almost guaranteed to take a step back.

Losing offensive potency is especially dangerous for LSU given their title-winning defense was actually in the bottom half of the SEC in points allowed. Without Burrow and the rest of the offense putting up historic numbers to bail them out, the defensive unit will have to step up, or they risk LSU’s title-defending season being remarkable for all the wrong reasons.