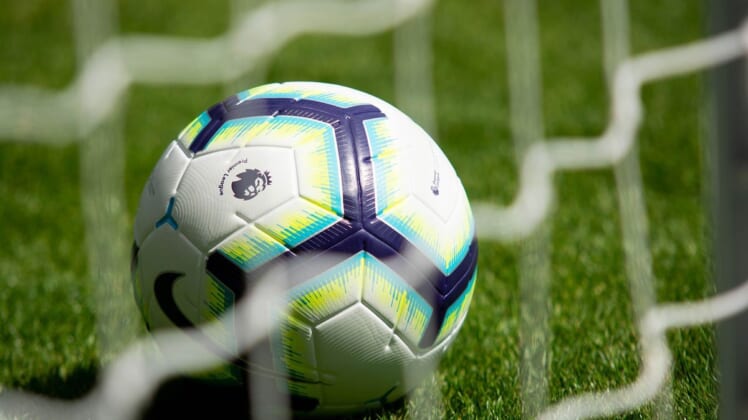 One prediction we don’t need to make is who’ll win the Premier League. Liverpool has already taken the title, yet there’s so much more left to be resolved. From European cup qualification to the unfortunate teams facing relegation.

These are our bold Premier League predictions for what remains of the 2019-2020 season.

CHECK OUT: The sport world reacts to Minor League Baseball season being cancelled.

Back on Feb. 14, UEFA (Union of European Football Associations) ban Manchester City from European club football for two seasons. In UEFA’s report, Manchester City allegedly committed serious breaches to fair play rules, overstating sponsorship revenue between 2012 and 2016. Manchester City have appealed to the Court of Arbitration for Sport and a decision is expected before the end of the Premier League season (July 13).

For the majority of the 2019-2020 Premier League season, Leicester City have been a top team. At one point, they even seemed like Liverpool’s nearest competitors for the league title.

However, since the restart, Leicester City has been poor. They drew away at Watford 1-1, then drew 0-0 at home against Brighton & Hove Albion, both of which are teams struggling to stay in the Premier League this season. A run of bad results wouldn’t be an issue but their performances have been lethargic. Even the Premier League’s top scorer, Jamie Vardy (19), looks a shell of his former self.

Premier League prediction: Chelsea, Manchester United and Wolverhampton Wanderers will overtake them in the standings. Leicester City will end up in sixth place but qualify for the Europa League due to other team’s achievements.

Southampton currently stands 13th in the Premier League. They have scored 41 goals, while Wolverhampton Wanderers, who are sixth in the league have scored only four more. This is how close Southampton are to being a competitive team and it’s all because of their striker Danny Ings.

CHECK OUT: Adam Silver says NBA season could be halted because of COVID-19.

Wolves qualify for the Champions League

This season, Wolves have been chasing the top-four and currently sit in sixth place, equal on points with fifth-place Manchester United. Additionally, both Wolves and Manchester United remain in the Europa League, with only 16 teams left. The winner of which will also qualify for the Champions League.

Premier League prediction: Wolves will end up fifth in the league behind Liverpool, Manchester City, Chelsea and Manchester United. However, they’ll qualify for the Champions League via a combination of league position and reaching the Europa League final.

Despite being mathematically possible to stay up, Norwich City looks destined for relegation. They have 21 points and only seven games left to turn around a six-point deficit on their nearest rival, Aston Villa.

Like Norwich City, we believe AFC Bournemouth will be relegated before the end of the season. In their final seven games, they face Manchester United, Tottenham, Leicester City, Manchester City, an in-form Southampton, and a hard to beat Everton. Plus, based on recent performances, they’ve already given up the fight.

Premier League prediction: Many predict Aston Villa are likely to get relegated but they look organized despite creating few chances. They have already taken two points from four games since returning from the lockdown and on the last day, face relegation rivals West Ham United. This game will determine who stays up and despite West Ham beating Chelsea 3-2, it’s unlikely they’ll remain as motivated to escape the drop.