After an exciting first round with 31 talented players coming off the board in the 2016 NFL Draft, there were definitely some outliers who were not selected but are still exceptional talents.

This happens every year for various reasons, so it definitely isn’t a shock to find some very skilled prospects up for grabs heading into Day 2.

The top five guys going into the second day of the draft are guys who should have gone in the first but were snubbed due to either injury, scheme fit, lack of polish or off-field questions.

We’ve ranked them for you in reverse order, with the best of the bunch being the last on our list.

Arguably the best athlete at defensive end in this year’s draft, Emmanuel Ogbah isn’t a great football player just yet. He was highly productive at Oklahoma State and can play in multiple different spots along the defensive line.

Ideally, NFL teams will look at fit and compare him to people available at that spot. His value comes more from his upside than what he can do right now. One team is going to take him and hope he can turn from a Ricky Bobby pass rusher — fast, but can’t use his hands well — into a well-rounded talent.

He was apparently just too raw for teams to feel comfortable taking him in Round 1.

To the average Joe, a pass rusher out of Western Kentucky being passed up in the first round sounds kind of reasonable.

But when you consider that Noah Spence is one of the top pass rushers in this draft, that makes a lot less sense.

NFL teams place a premium on pass rushers, but Spence’s past might have caused teams to shy away from him in the first round. Luckily for him, he should find himself off the board in the top half of the second round if NFL teams are willing to overlook his past drug usage. 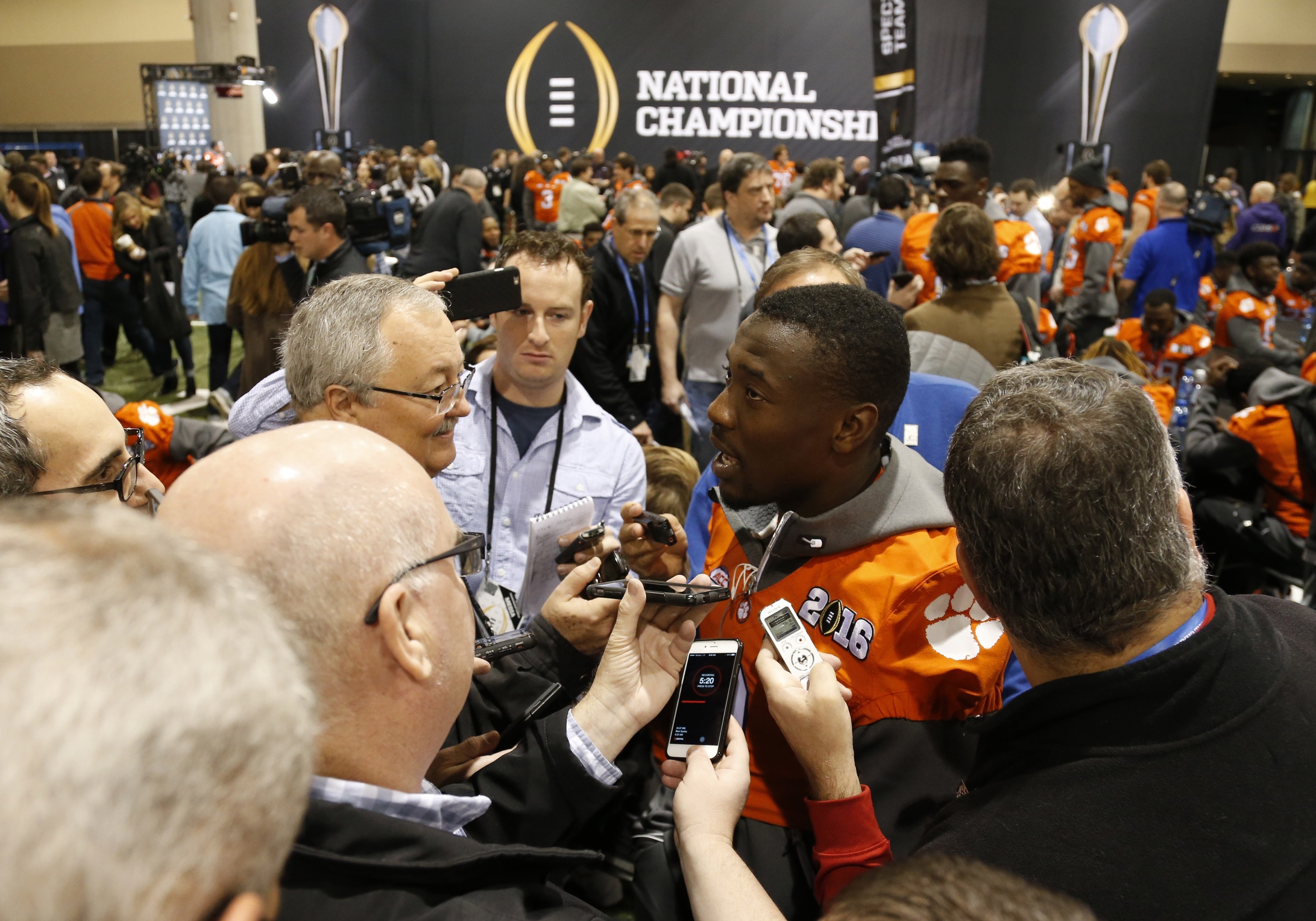 Mackensie Alexander might have been red-flagged for a somewhat abrasive attitude, but his overall talent level is too high to still be available after the first round.

Alexander can be an instant No. 1 corner on a lot of NFL teams. When the Steelers came up last night, it was a bit shocking that he was not only still available but also passed up.

On the field, Alexander can play man and zone effectively and has the athleticism to match up with nearly every wide receiver out there. He’ll make one team very happy on the second day.

When it comes to a true space-eating nose tackle, Andrew Billings is an ideal fit there and more. He’s shockingly available at this point despite a lack of starting caliber 3-4 nose tackles right now in the NFL.

Should he be available in the middle of the second round, a team who needs a space-eating tackle should take him and reap the rewards. He would help keep linebackers clean and allow the other lineman more one-on-one matchups in pass rushing and run stuffing situations. 3-4 nose tackles just aren’t in high demand.

Myles Jack is legitimately the best football player in the draft.

He’s easily one of the best coverage linebackers to come out in a while and has the talent to play in either a 4-3 or a 3-4. It wouldn’t shock me if a team traded up into the top of the second round to make sure that they get this exceptional talent.

Jack can completely change a defense for the better, regardless of the knee injury that caused him to slip out of the first round. Given the fact that nobody knows how long it will be before he needs surgery on his knee, his fall out of the first round makes some sense. But his talent is right there at the top of the draft.