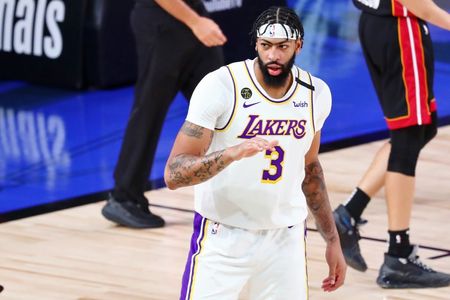 The blockbuster that just sent three-time reigning scoring champion James Harden from to the Nets got us thinking. What are the biggest NBA trades in history? Obviously, Harden being moved from the Houston Rockets to Brooklyn has to be in the top 10.

These are among the five biggest blockbuster trades in NBA history.

The first blockbuster on our list did not prove to be all too lopsided. That’s primarily because the Pelicans received an All-Star forward in that of Brandon Ingram in exchange for unibrow. All the 23-year-old Ingram did in his first season with the Pelicans was average 23.8 points, 6.1 rebounds and 4.2 assists on 45% shooting from the field. He’s among the best young forwards in the game.

With that said, this deal centered around Los Angeles acquiring Anthony Davis to team up with LeBron James. Like clockwork, the two brought these Lakers their 17th championship. It came in the same year that all-time great Lakers star Kobe Bryant tragically died in a helicopter accident a decade after leading Los Angeles to its most-recent title. Just think about that for a second.

4. One of the biggest modern NBA trades sent Kevin Garnett to the Celtics

Perhaps, the single-biggest deal in Celtics history came after Garnett grew tired of the Timberwolves’ losing ways after a whopping 14 seasons with the team. He forced his way to Boston to team up with Ray Allen and Paul Pierce. Much like the Anthony Davis trade to the Lakers, this brought Boston a title immediately.

The Celtics went 66-16 during the 2007-08 season, defeating the Lakers in the NBA Finals. Two years later, Los Angeles would exact revenge against Boston in the Finals. However, this blockbuster deal changed the landscape of the Association for a good half-decade.

As for the long-downtrodden Timberwolves, this deal did not pan out. The team would win a total of 61 games over the next three seasons. The centerpiece in this trade, Al Jefferson, played just those three seasons in the Twin Cities. To make matters even more bleak for Minnesota, one of the first-round picks it acquired in the trade was used on Jonny Flynn when Stephen Curry was available during the 2009 NBA Draft. Welp!

3. Charles Barkley to the Phoenix Suns

After earning an All-Star appearance in his final six seasons with the 76ers and after failing to lead the team to the NBA Finals, Barkley was done in the City of Brotherly Love. In this, one of the biggest blockbuster NBA trades in history came to pass. Barkley was dealt to the desert for three players in that of Hornacek, Perry and Lang who would played less than six combined seasons in Philadelphia.

As for the Suns, they earned an NBA Finals appearance in Barkley’s first season with the team — ultimately losing to Michael Jordan and the Chicago Bulls. Phoenix would go on to make the playoffs all four seasons Barkley was with the team, the greatest stretch in franchise history.

2. Oscar Robertson to the Milwaukee Bucks

A triple-double machine before Russell Westbrook became synonymous with the term, Robertson remains one of the most-underrated players in Association history. He was also the centerpiece of one of the biggest NBA trades in history.

After spending his first 10 NBA seasons with the Kansas City Royals (now the Sacramento Kings), Big O was dealt to Milwaukee to team up with a player that would ultimately become known as Kareem Abdul-Jabbar. The two would not disappoint, winning the NBA title against the Baltimore Bullets in their first season together. While Robertson just played four seasons with the Bucks, he remains an all-time franchise great. As for Robinson and Paulk, each played just one season in Kansas City. Ouch!

1. Wilt Chamberlain to the Philadelphia 76ers tops our list of biggest NBA trades in history

After just two-plus seasons with the Warriors in Northern California following their relocation from Philadelphia, Chamberlain returned to his Philly roots in one of the single-biggest midseason NBA trades in history. His first full season back in Philadelphia saw Chamberlain average NBA highs in points (33.5) and rebounds (24.6). Yeah, those are real stats. He ultimately led these Sixers to the NBA title over his former Warriors team in 1967.

As for the Warriors, none of the three players they acquired in a salary dump by then-owner Franklin Meuli would pan out. Heck, Shaffer opted to retire than play in San Francisco. That’s a big ouch right there.