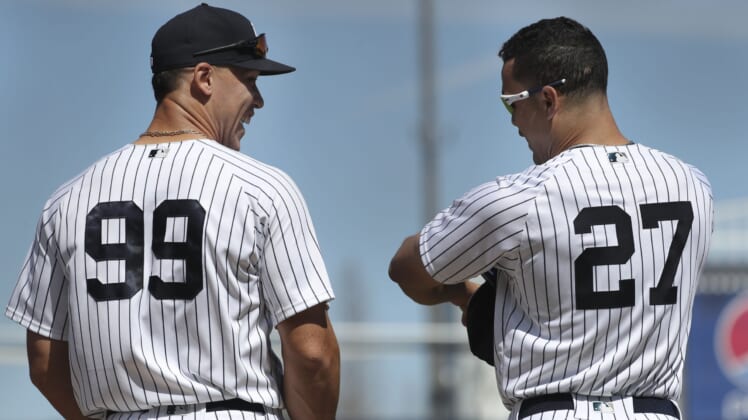 The 2020 MLB season is almost here, with all 30 clubs ready to hit the field for another exciting year of baseball. While pitching might win championships, great hitting can carry a team into October. So, let’s examine some of MLB’s best lineups.

As we look ahead to this unique season, the implementation of the designated hitter in the National League will make things more interesting. Now, new sluggers will get opportunities to slide into the lineup and could make a significant difference on the scoreboard this year.

Of course, a flurry of offseason moves will also lead to some teams seeing spikes in offensive production this year. Whether it’s one big move for an MVP-caliber player like Mookie Betts or a series of moves to strengthen a batting order, it all helps.

With that in mind, let’s take a look at the five best lineups entering the 2020 MLB season.

The White Sox came out of the 2019 season understanding they needed to upgrade their lineup. Chicago ranked 24th in runs scored (708) and OPS (.728) this past season, a mark that can’t sustain a contender. As a result, the front office got aggressive this offseason with a wave of moves that will transform this batting order.

Yoán Moncada, José Abreu and Eloy Jiménez should all deliver outstanding production. We’re especially excited about Jiménez, who could become one of MLB’s best power hitters. Behind them, Chicago’s lineup boasts star catcher Yasmani Grandal, slugger Edwin Encarnacion, shortstop Tim Anderson and outfielder Nomar Mazara. Did we mention Luis Robert, the early favorite for AL Rookie of the Year, will also be out there? The White Sox will be sneaky good in 2020 and this lineup will be the driving force behind their success.

A delayed start to the season did wonders for New York. They would have entered April with Giancarlo Stanton and Aaron Judge sidelined through June, turning an elite lineup into an average group. Now that the band is back together and healthy, the sky is the limit.

The Yankees hit 306 home runs in 2019 with Judge, Stanton and Gary Sánchez missing time. New York ranked third in OPS (.829), second in homers and first in runs (943). Judge and Stanton are healthy. Meanwhile, Gleyber Torres is poised to develop into a star in his own right. Throw in DJ LeMahieu atop the batting order, with Sánchez’s power sprinkled in and plenty of depth. It’s easy to see why the Yankees are the favorite in the AL.

Yes, the Astros stole signs and cheated their opponents to a World Series ring. There’s obvious reason to doubt the legitimacy of their championship in 2017, but it doesn’t change this lineup is dominant.

First, Houston led baseball in FanGraphs’ wRC+ (125) and the second-closest team (Yankees, 117) wasn’t particularly close. Astros’ hitters also posted the highest walk rate (10.1%) and SLG (.495). Even more incredible, this team took it to another level in the second half with a healthy José Altuve, recording a 135 wRC+. There’s an argument for this being MLB’s best lineup with its immense depth and talent. However, we’ll knock it down just slightly for sign-stealing uncertainty.

The Twins set MLB’s single-season team record for home runs (307) and they don’t even play in Yankee Stadium. This club also set a record with five players – Nelson Cruz (41), Max Kepler (36), Miguel Sano (34), Eddie Rosario (32), Mitch Garver (31) – hitting 30-plus bombs. It seems hard to imagine this lineup being even better next season.

Yet, it’s hard to argue Minnesota won’t take the field this year with an upgraded lineup. Josh Donaldson (.900 OPS) replaces C.J. Cron (.780 OPS), Byron Buxton still offers star potential and we think Luis Arráez could win the batting title. If the Twins get consistent pitching, this team is ready to compete for the World Series.

Now we arrive at the MVP winners. Cody Bellinger utterly destroyed baseballs during the 2019 season, recording a 1.035 OPS with 47 home runs, 34 doubles and a 162 wRC+. He’ll team up with Mookie Betts, who drilled 29 homers with a .915 OPS this past season and was part of the 30-30 club and won the AL MVP in 2018. A loaded bench with the addition of the designated hitter gives this team the best lineup in MLB.