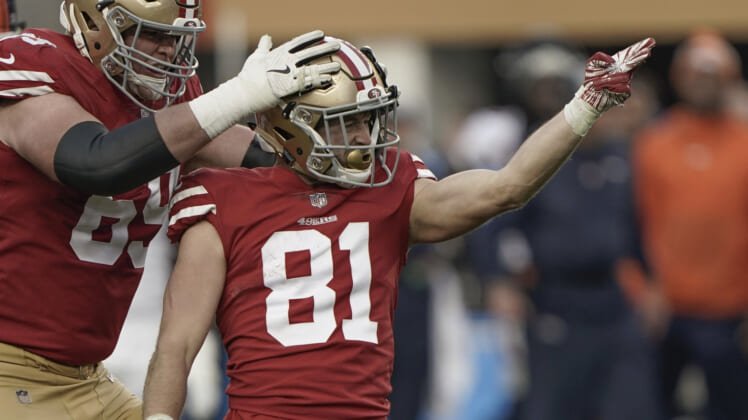 San Francisco 49ers wide receiver Trent Taylor was expected to have a breakout third season in the NFL.

Taylor has been the favorite target of 49ers quarterback Jimmy Garoppolo throughout training camp. The two continue to build chemistry in a big way.

That’s now taken a turn. According to this report, Taylor suffered a broken foot during the latter stages of practice on Friday.

This is no small thing. A fifth-round pick back in 2017, Taylor recorded 43 receptions for 430 yards and two touchdowns while catching 71.7 percent of his targets as a rookie.

He was held back last season due to a back injury, catching just 26 passes in 14 games. However, the 49ers were relying on Taylor to be their starting slot receiver this season.