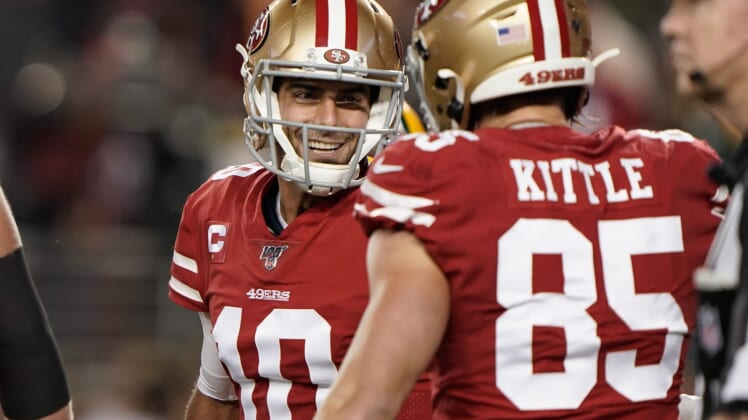 Aaron Rodgers and the Green Bay Packers finally scored their first points in the third quarter of Sunday night’s game. Then, George Kittle rained on their parade.

Already up 23-8, Kittle broke open in the middle of the field. Jimmy Garoppolo found him, and the athletic tight end did the rest, romping 61 yards to the house for six.

This electric touchdown gave the 49ers a 30-8 lead with just under three minutes remaining in the third quarter.