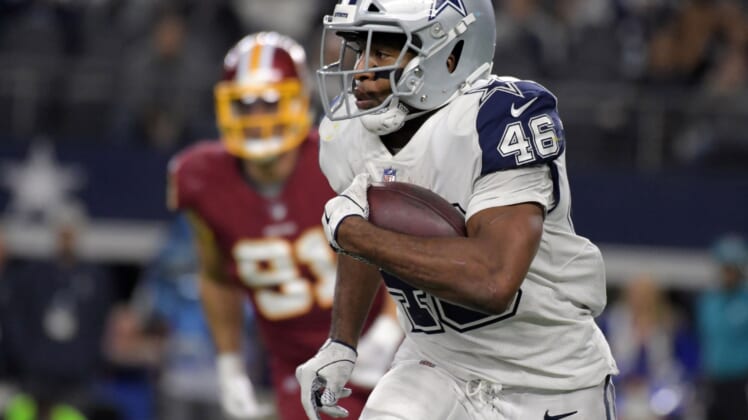 As the San Francisco 49ers move forward amidst a rash of injuries at the running back position, the team has reached an agreement to sign former Washington and Dallas running back Alfred Morris.

The #49ers are signing Alfred Morris, pending a physical.

Matt Breida and Jerick McKinnon are both out, likely for the remainder of the preseason, as they recover from minor injuries. These injuries left the roster thin at the running back position.

Morris is a perfect fit due to his knowledge of Kyle Shanahan’s system — both of them were in Washington together during the the 2012-13 seasons. In fact, Morris’ best two seasons occurred during seasons in which Shanahan was his offensive coordinator, when he piled up 2,888 yards and 20 touchdowns on the ground in his first two professional campaigns.

Shanahan has experience w/ Alfred Morris from his days in Washington.

"I believe he has a chance to compete and make the team."

It remains to be seen whether Morris has enough juice to stick on the final roster, though it’s worth pointing out he was effective last year in Dallas, averaging 4.8 yards per carry.