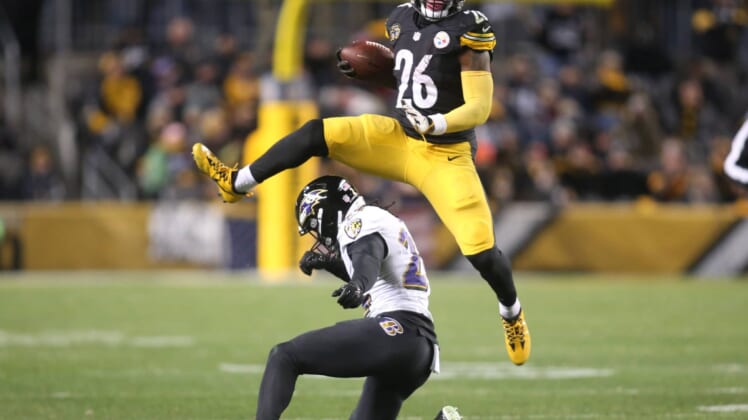 The San Francisco 49ers are reportedly jumping into the Le’Veon Bell sweepstakes.

According to ESPN’s Chris Mortensen, San Francisco is potentially in the market for the free agent running back, though the New York Jets are still viewed as the clear favorite to land him.

This does fit what general manager John Lynch recently told ESPN’s Adam Schefter was the team’s goal in free agency, which is to “get some dynamic, explosive players.”

In five NFL seasons, the former second-round pick out of Michigan State has racked up 7,996 yards and 42 touchdowns from scrimmage in 62 career games.

Bell is looking to make the kind of money elite receivers are getting paid, which significantly narrows down the teams that can afford his services. The 49ers just so happen to be one of the teams that could make such a deal, even after making a big deal with free agent linebacker Kwon Alexander.