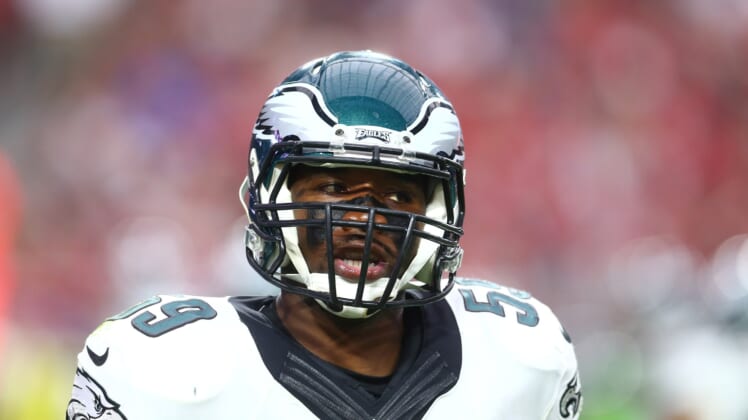 It’s not a surprise that defensive coordinator Robert Saleh has left the bay. San Francisco 49ers rumors had concluded that Saleh was a top head coach candidate during the most-recent cycle. So when the New York Jets tapped him to become their next head coach, the 49ers were prepared.

Saleh will not be easy to replace. San Francisco’s defense finished in the top five each of the past two seasons, including a No. 2 mark during their Super Bowl run back in 2019. With that said, the 49ers have now promoted a name that’s familiar to even the casual football fan.

Talk about ascending up the coaching ranks big time in a short while. Still only 36 years old, Ryan becomes one of the youngest coordinators in the game.

A star linebacker with the Houston Texans and Philadelphia Eagles throughout a brilliant 10-year career, Ryans immediately went into coaching with the 49ers following his retirement in 2017. 49ers rumors had concluded that he was going to be the choice to replace Saleh. For good reason.

During his time with San Francisco, Ryans helped turn former third-round pick Fred Warner into an All-Pro linebacker. He’s also overseen the emergence of former mid-round pick Dre Greenlaw. Simply put, the 49ers linebacker group has been among the best in the NFL under Ryans’ watch. He also has respect from former players in the Bay Area.

“DeMeco Ryans has had great success at all levels of football,” former 49ers Pro Bowl safety Donte Whitner said. “His linebackers are arguably the best-performing group on the 49ers roster. He deserves consideration if the 49ers’ defensive coordinator position opens up.”

In terms of the 49ers losing Saleh to a head coach job, they’ll receive third-round picks in both 2021 and 2022 as compensation.

The NFL just recently put in a new directive that awards teams should minority assistant coaches leave for head coach jobs. As an Arab-American, Saleh qualifies in this regard.