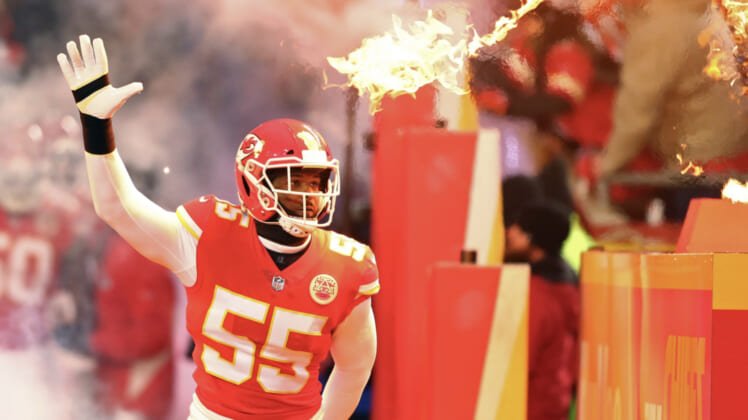 The NFL hot stove has picked up steam as the league prepares for the new league year on Wednesday.

Fresh off reports that the Cleveland Browns have acquired star receiver Odell Beckham Jr. from the New York Giants, it looks like another Pro Bowler is on the move.

According to NFL Media’s Ian Rapoport, the San Francisco 49ers are in deep talks to acquire Dee Ford from the Kansas City Chiefs.

More trade news: The #Chiefs are deep in talks with the #49ers on a trade for star pass-rusher Dee Ford, sources say. Things have escalated and this could get done by the end of the night. Ford needs to work out a new contract with SF, which is a big piece of this.

Ford, 27, had the franchise tag placed on him prior to the start of free agency. Though, that was a way for the Chiefs to get something for him in a trade.

The former Auburn standout and first-round pick is coming off a career-best 2018 season that saw him record a whopping 29 quarterback hits, 13 sacks and a league-leading seven forced fumbles.

It’s not yet known what might be heading back to Kansas City if the trade is made official. The team was said to be asking a second-round pick for Ford.