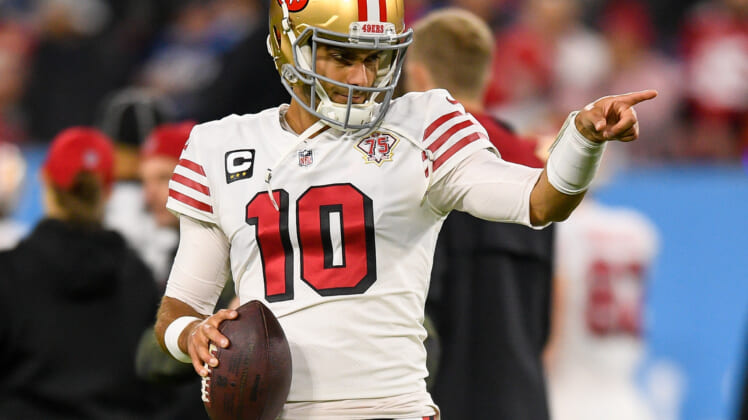 For the entirety of the NFL offseason, the assumption by most throughout the industry is that the 49ers want second-year QB Trey Lance to lead the offense in 2022 and that Garopollo’s five-year tenure in the organization is at an end.

A trade sending the New England Patriots draft pick to a QB needy team was expected to happen in March or April. Yet, while more established stars like Russell Wilson and Matt Ryan were moved, Garopollo still remains in San Francisco. The speculation has been that the money left on his contract, and the fact that he is still recovering from March surgery have severely hampered the trade market for the eight-year veteran.

However, the market for Jimmy Garopollo’s services could heat up again very soon. On Wednesday, ESPN NFL Insider Dan Graziano reported on an episode of “The Get Up” that the 30-year-old is expected to begin throwing again within the next month. And once he does so, and proves he is fully recovered from the surgical procedure, he expects the San Francisco 49ers to restart trade talks with teams around the league.

“I still believe he will be traded,” Graziano said. “I think he would have been traded by now if he hadn’t had shoulder surgery. He’s supposedly going to be healthy enough to start throwing in about a month. At that point, the 49ers’ hope is that they can re-engage some interested teams in potential trade talks. I think that’s where this ends up.” 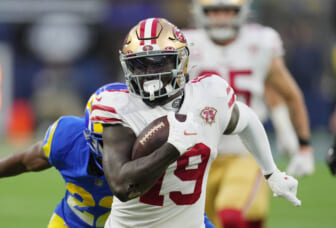 Garopollo is in the final year of his contract and is set to make $24 million in 2022. The teams that could be interested in taking on some or all of that money likely include the Carolina Panthers, the Houston Texans, and the Detroit Lions.