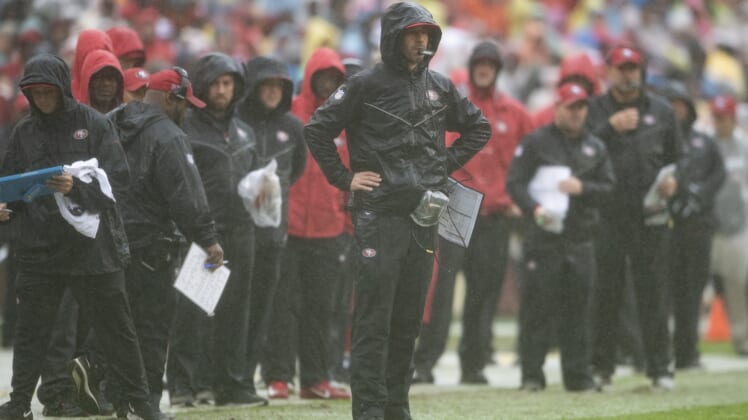 The San Francisco 49ers are now 6-0 on the season following a 9-0 shutout road win over the Washington Redskins on Sunday.

It was a pretty ugly game all the way around, as the two teams had to navigate through monsoon like conditions in D.C.

Despite this, San Francisco pitched its first shutout since 2016 against Kyle Shanahan’s former team.

Following the game, the younger Shanahan trolled the Skins in epic fashion. It included him giving the game ball to former Redskins head coach, his father Mike Shanahan.

As has been covered in detail over the past week, the Shanahans were fired by Washington following the 2013 season.

It came after a drama-filled four-year tenure that included the duo finding itself in a rift with the Redskins’ front office, owner Daniel Snyder included.

It’s also pretty clear Shanahan is not over how things ended for him and his father in the nation’s capital.