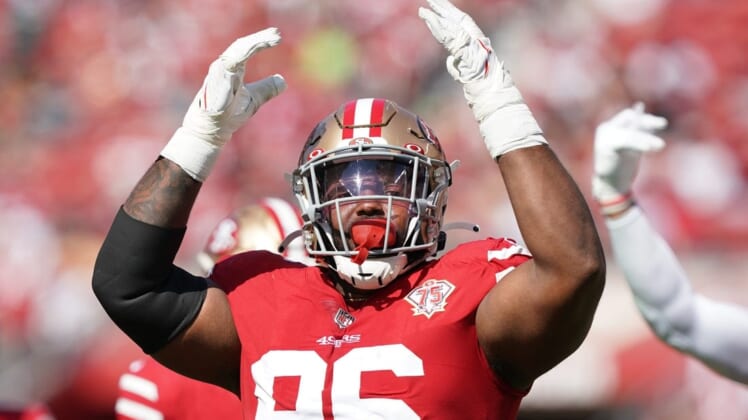 San Francisco 49ers defensive tackle Maurice Hurst is likely out for the season after tearing his biceps in practice.

The injury occurred while he was attempting to make a tackle Friday at training camp in Santa Clara, Calif.

Hurst was limited to 41 snaps in two games during his first season with the 49ers in 2021 because of ankle and calf injuries.

A fifth-round pick by the Raiders in 2018, he has eight sacks, 17 quarterback hits, 78 tackles, one interception and two fumble recoveries in 42 games (17 starts) with Oakland/Las Vegas (2018-20) and San Francisco.