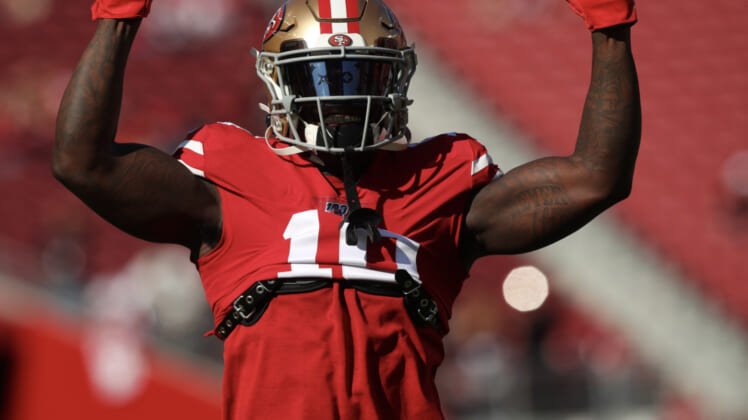 The San Francisco 49ers’ defense had it going early against the Green Bay Packers on “Sunday Night Football.”

They just needed their offense to pick it up. That’s exactly what rookie receiver Deebo Samuel did with San Francisco up 13-0 late in the second quarter.

Check out the impressive youngster burn pretty much the entire Packers’ defense on an absurd 42-yard catch and run to put San Francisco up 20-0.

Samuel has been absolutely legit over the past couple weeks. He adds another layer to a 49ers offense searching for an identity through the air.

Plays of this ilk will only help the 9-1 49ers moving forward on the season.

A second-round pick out of South Carolina back in April, Samuel put up 16 receptions for 246 yards in the two games prior to Sunday night’s outing.