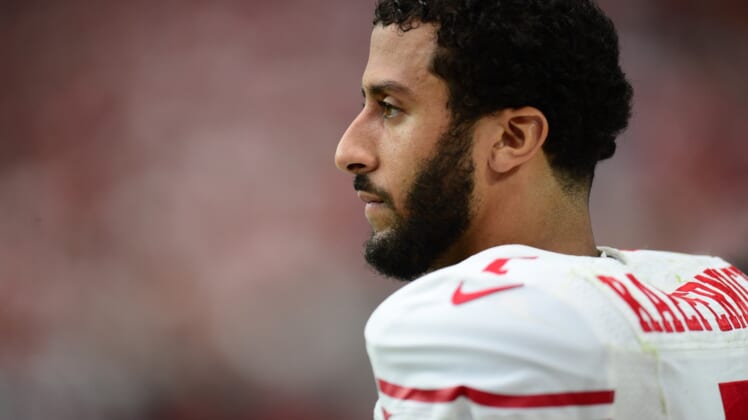 While Colin Kaepernick remains unsigned, he apparently had a chance to stay with the San Francisco 49ers — just not at what he was being paid.

Team CEO and principal owner Jed York said on Tuesday that the team would not pay Kaepernick the north of $20 million that his contract said he was owed for the 2017 season.

At that point, Kaepernick requested a release.

York said he sat down with Kaepernick given that 49ers would not pay what his salary mandated. Colin asked for his release

This is certainly something that will be brought up in his case that the NFL is colluding against him.

While Kaepernick himself has remained fairly quiet, a common narrative has been that he’d be willing to take a reduced salary. If York’s claim is indeed true, that does become a harder argument to make.

With that said, arguments involving Kaepernick are rarely as simple as they seem. Expect to hear responses to this one.