Coaching tenues in the NFL, especially at the highest levels of the league never last forever. While Seattle Seahawks head coach Pete Carroll is not in hot water with his team — as far as we know — he has certainly drawn the ire of NFL owners recently and could be on thin ice if the team continues its downward trend.

On Tuesday, reports stated that Carroll got on the bad side of league owners when he allegedly slammed the lack of diversity in coaching staffs, during a 10-minute conversation with general managers and coaches at the annual league meetings last week. This is on top of the fact that earlier this month he was very supportive of the former quarterback Colin Kaepernick returning to the league in 2022.

Both, diversity among coaches and Kaepernick, are hot-button topics that make league owners seem like outdated and out-of-touch dinosaurs. While that stuff may not cause Carroll problems at home in Seattle, NFL owners are known for their loyalty to each other. If the always-fiery coach were to have another losing season after the Seahawks finished 7-10 last year, his job could end up on shaky ground. And other league bosses might get in the ear of Jody Allen and convince her that the team’s apparent facelift — after trading franchise QB Russell Wilson — should include a switch at head coach too.

Related: Who are the best players left on the 2022 NFL free-agent market?

In the event that Pete Carroll’s 12-year tenure with the Seattle Seahawks came to an end after this season, here are four ideal candidates to take over the team in 2023.

Eric Bienemy has been one of the top coaching candidates available in the league for several years. Unfortunately for him, the Kansas City Chiefs offensive coordinator has yet to secure a job with one of the league’s 32 teams. However, sooner or later the cream will rise to the top and he’ll land the opportunity he has deserved for years. 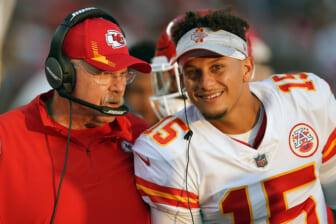 Considering the fact that the Seahawks could use an offensive reimagining and away from the old-school run-heavy style of Carroll, Bieniemy would be a perfect choice. There is no offensive coordinator in the NFL better suited to bring the team up to today’s pass-driven and high flying standards than him. The Chiefs offense has been an elite group for the last half-decade with Bieniemy calling the plays and superstar QB Patrick Maholmes making it happen on the field.

The fact that Jim Caldwell does not have a head coaching job right now is ludicrous. He was the offensive coordinator for Super Bowl-winning teams in both Indianapolis and Baltimore. Sandwiched in between those tenures was also a four-year run as the head coach of the Detroit Lions, where he got the team to the playoffs twice and only finished with a sub .500 record once. 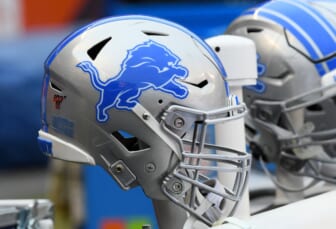 Just think about that. Four solid seasons and two playoff berths in the NFL Siberia that is Detroit. Not to mention the fact that he is a player-friendly coach and is a deserving candidate of color. Seattle would be smart to make the sensible choice and bring the uber-qualified Caldwell back to the NFL head coaching ranks.

Byron Leftwich seems to be one of the hidden coaching gems in the league. He was the offensive coordinator for the Tampa Bay Buccaneers Super Bowl squad two seasons ago and has gained the admiration of the best QB of all time in Tom Brady. He understands the modern NFL game and has respect from his players as a former standout QB for the Jacksonville Jaguars. 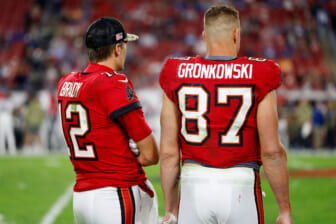 Like Bienemy, Leftwich landing a head coaching gig is an eventuality. For a city as progressive as Seattle, being the team that brings in the first fresh-faced black head coach since Brian Flores would seem fitting and necessary at this time in the league.

While Jim Harbaugh turned down the chance to become the Minnesota Vikings head coach, it just seems like a matter of time before he leaves Ann Arbour and makes the jump back to the pros for a second time. What better fit is there than the most recent team to see an NCAA coach be successful in the league?

There are quite a few interesting parallels between Harbaugh and Carroll. With their college resumes and passionate demeanor being the most prominent. Not to mention, Seattle understands how talented Harbaugh is after his San Francisco 49er teams dominated the NFC West for nearly four years. Harbaugh replacing Carroll feels like a perfect fit in one of the few cities that has seen a college coach actually have consistent success in the league. 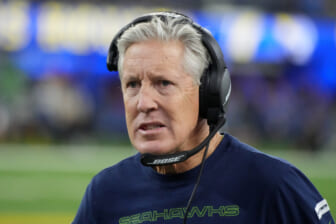