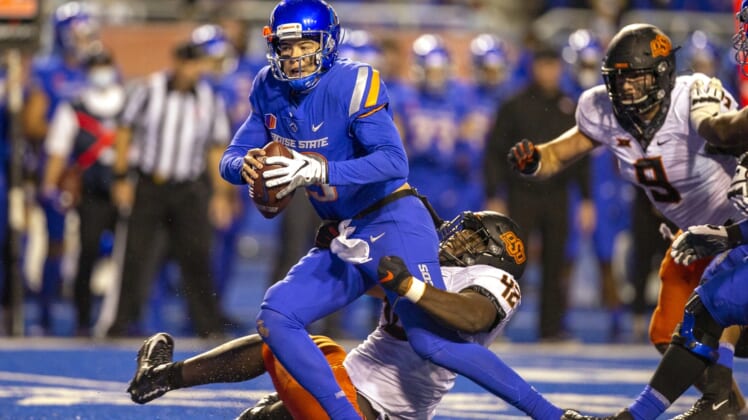 Four schools thought to be candidates to jump to the American Athletic Conference will stay put in the Mountain West Conference, USA Today reported Friday.

The schools — Air Force, Boise State, Colorado State and San Diego State — reportedly had been pursued by the AAC.

Now, the AAC will have to come up with a Plan B to return to full capacity. The AAC is losing Cincinnati, Houston and UCF to the Big 12 in the next few years and will be left with just eight football schools among its members.

“The American Athletic Conference has not offered membership to any institution,” Aresco said. “Our process for considering potential members remains deliberate, strategic and focused on the continued proven success of our conference.”

Invitations typically are issued only once a school signals it would accept one.