The stars will come out to play in Week 2, but a few fantasy football sleepers can help your team earn a victory in its next matchup.

Although the following players likely are not available on the waiver wire, they’re probably sitting on your bench. Don’t be afraid to plug them in this weekend.

Following a 307-yard, three-touchdown performance against the New Orleans Saints, Palmer faces another porous defense in the Chicago Bears. Last season, the Bears surrendered 65 receptions of 20 yards or more, and believe it or not, the Chicago secondary managed to get worse in 2015.

Plus, since starting running back Andre Ellington is on the shelf, Arizona will rely on Palmer’s arm a little more than usual. Congratulations to your Palmer-led fantasy team for its triumph in the near future. 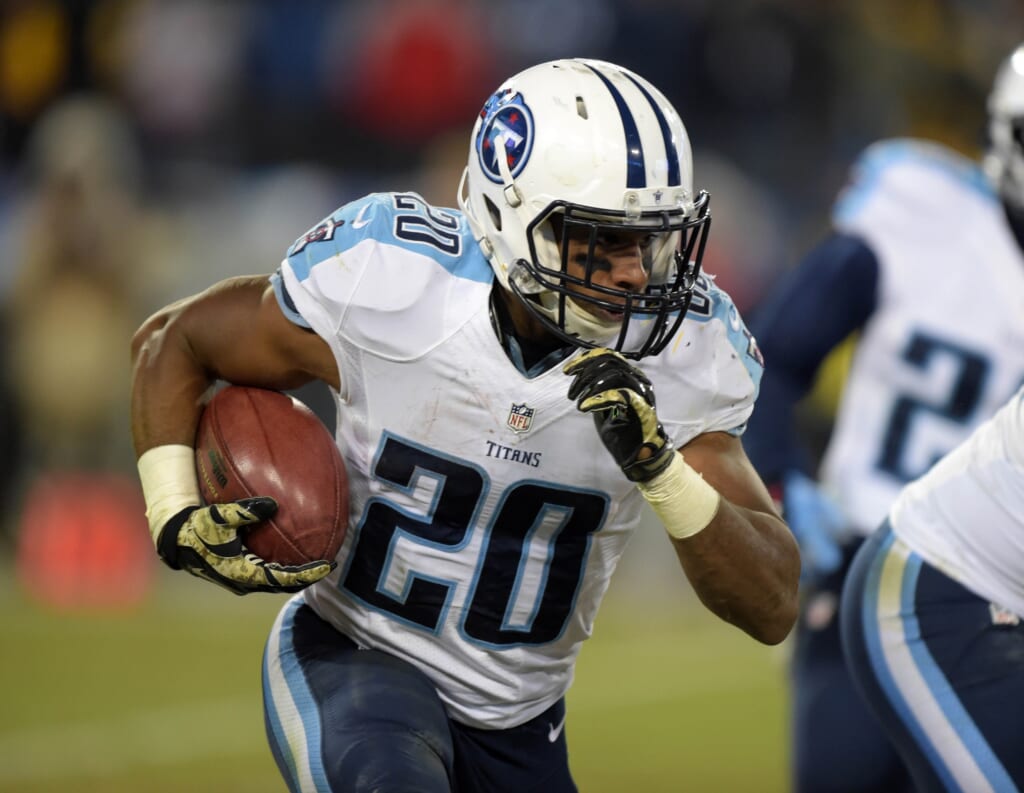 Though he didn’t meet expectations as a rookie, Sankey started the 2015 campaign strong. The Titans running back recorded a total of 86 yards and two touchdowns in the season opener before giving way to Terrence West due to a blowout lead.

But can you trust Sankey? Yes. Yes you can. Next up for Tennessee is the Cleveland Browns, who just surrendered 91 yards and two scores to Chris Ivory of the New York Jets. Move Sankey into your starting lineup and prosper.

Mark Ingram and Brandin Cooks are fixtures in fantasy lineups, but Coleman might be entering that territory in deeper leagues if a certain trend continues. In Week 1, the rookie receiver played 58 snaps compared to 46 for veteran target Marques Colston, per Draft Sharks.

Coleman had a respectable NFL debut, pulling in four passes for 41 yards and an impressive touchdown. New Orleans is looking to bounce back from a 31-19 loss, and hosting the Tampa Bay Buccaneers—a defense that allowed four touchdowns to Marcus Mariota in one half—should do the trick for Coleman and Co.

Never go back to the ones who burned you before, right? Perhaps that’s what makes fantasy football so captivating. Cook has all the physical tools to become a top-tier tight end, but inconsistency from both the quarterback and Cook have limited his impact. Considering the Rams’ Week 2 matchup, though, Cook is an appealing play.

Cook tallied five receptions for 85 yards during his first outing with Nick Foles at quarterback, and now St. Louis heads to Washington. The NFC East bottom-feeder surrendered 73 yards on four catches to Jordan Cameron of the Miami Dolphins. Cook has a borderline-perfect opportunity to reach the end zone on Sunday, and it’d be surprising if he didn’t.