3 teams that should trade for Leonard Fournette 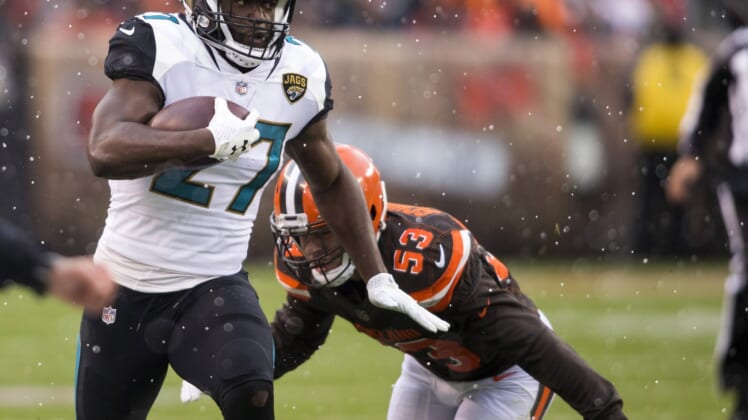 The Jacksonville Jaguars reportedly have been trying to trade Leonard Fournette ahead of the 2020 NFL Draft, and we have some ideas about where he’d fit best.

The former No. 4 overall pick is a dynamic power rusher when healthy and could provide a spark to an offense in need of help. In 36 career games, he’s racked up 3,640 yards and 19 touchdowns from scrimmage while showing home-run abilities (like this).

These are the three teams that should make a trade to acquire Fournette in 2020.

A team that has been committed to the run for years, the Seahawks were so running back needy last season that they had to bring Marshawn Lynch back into the fold out of retirement due to injuries. Chris Carson is outstanding when healthy, but at this point it sure looks like the team’s No. 2 back, former first-round pick Rashaad Penny, is a bust.

What better way to boost the team’s already formidable running game than to bring in Fournette? He and Carson could spell one another and batter opposing defenses into submission, opening up the passing game for Russell Wilson and Co. Seattle’s offensive line is built to run the ball. Fournette is the sledgehammer the Seahawks need to wail away at the stout defensive fronts in the NFC West. It makes too much sense.

It’s not like the Chiefs are lacking offensive firepower. But hear me out for a moment.

Everything Kansas City did the past couple of years with Patrick Mahomes under center is of the “lightning” variety. Last season, Damien Williams led the team with 498 rushing yards and five touchdowns on the ground. The team could really use some “thunder” to balance things out and keep Mahomes healthy for the long haul.

Fournette’s power-rushing game would give opposing defenses yet another big problem to consider every single time he stepped onto the field. He’s not just a three-yards-and-a-cloud-of-dust running back, either, as his 76 catches last year clearly showed.

The Tampa Bay Buccaneers have a nice running back in Ronald Jones II, who bounced back in a big way last season after a disappointing rookie campaign. But in no way is Jones a bell-cow back, and the Bucs averaged just 3.7 yards per carry on the ground last season. There’s no better way to keep Tom Brady healthy than by featuring an anvil of a running back behind him in the backfield.

Tampa Bay’s offense is absolutely loaded with impact receivers. If he can stay healthy, Brady should shred in the passing game. Adding Fournette to the mix would give the Bucs one of the most balanced, lethally dangerous offenses in the entire NFL.