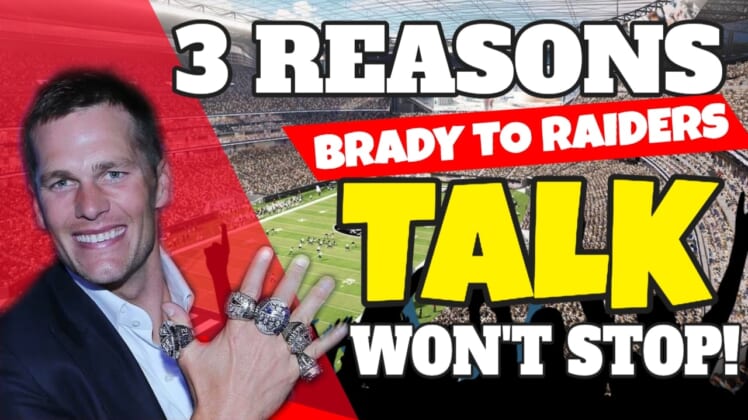 It’s the conversation many in Raider Nation love to hate – the quarterback a fanbase despises, thanks to the “Tuck Rule” Game, and the continued uncertainty with current QB Derek Carr means this offseason chatter is certain to go on. We explore why.

Tom Brady to the Raiders is the free agency and offseason story some in Raider Nation love to hate.

While the chances of Tom Brady to the Raiders may – or may not – be slim, there are three good reasons why people won’t stop talking about it.

We highlight the 3 reasons why Tom Brady to the Raiders talk won’t end anytime soon – whether you like it or not.

MAKE SURE: Subscribe to our YouTube Channel and do us one more, big, massive favor: hit the notifications “bell” so you never miss a new video!