3 reasons why the Memphis Grizzlies are legitimate NBA contenders

The Memphis Grizzlies have taken the next step this season. At 29-14, they’re the fourth seed in the Western Conference, firing on all cylinders and improving as the season progresses.

Once a mere promising rebuild with compelling players, this is a Grizzlies team with all the tools to go on a deep playoff run. Heck, they can only get better. On Tuesday night, they pulled off an impressive victory against the Golden State Warriors. This team is cruising.

Here are three reasons why the Grizzlies are legitimate NBA contenders.

Memphis Grizzlies have a star in Ja Morant

If you want to go on a deep playoff run, let alone win an NBA championship, you need a star player. The Grizzlies have that in Morant, and one could even argue that they have one of the three best point guards in the game.

In his rookie year, Morant was a talented player who showcased star potential. In the ensuing season, he took more command, helping the Grizzlies attain a winning record and a playoff berth. This season, he has become an elite player.

Morant is as explosive as they come on the offensive end. His raw speed and quickness make it easy for him to get past defenders off the dribble and sky above the rim. He gets buckets in isolation, is adept at finding his teammates in the halfcourt and hits the boards at a high level for a guard. Morant has also become a more efficient shooter.

He’s getting buckets in crunch time and leading the way for head coach Taylor Jenkins’ rotation. Morant is a third-year player who has already become a premier scorer and floor general.

There are few, if any players the Grizzlies would theoretically trade Morant for.

Morant is the face of this franchise, but he’s not the only player who’s integral to their operation: the Grizzlies have a great deal of roster depth with considerable players.

Desmond Bane is the steal of the 2020 NBA Draft. Selected with the last pick in the first round, he has become a vital source of offense and someone defenses have to monitor. Bane is a tenacious, two-way player who’s an efficient shooter and scrappy scorer. Jaren Jackson Jr. is an athletic frontcourt player who blocks shots at a high level, can be a nifty inside finisher and occasionally stretches the floor.

Kyle Anderson is a savvy, all-around player who can handle the rock and defends well. Steven Adams is a sturdy center in the paint on both ends of the floor. De’Anthony Melton is instant offense off the bench. Brandon Clarke is a steady frontcourt presence. Tyus Jones is a composed ball-handler. Rookie Ziaire Williams is a bouncy forward with the potential to be a reliable two-way NBA player.

All the while, Dillon Brooks has been sidelined due to an ankle injury. When healthy, he has been the team’s number two scorer. Brooks is a physical guard who can stick shots off the dribble and fill up the cup at a high level.

Everywhere one looks, there’s scoring, shooting, defense, and well-rounded play with upside in the Grizzlies’ rotation. There are few, if any gaping weaknesses on this team.

This roster and coaching staff have prospered together. In every passing year since Jenkins took over on the sidelines, this team has grown into a more reputable force in a traditionally ruthless Western Conference.

After a year that saw them trade both Marc Gasol (NBA trade deadline) and Mike Conley (offseason), the Grizzlies became a rebuilding team but one that quickly made emphatic strides. In year one, they were the eighth seed in the West before the 2019-20 NBA season was suspended. Last season, they clawed and scraped their way to the playoffs through the NBA Play-in Tournament. This season, they’re a force to be reckoned with and have more room for growth. 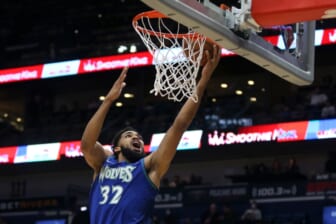 Morant is a stud. Bane and Brooks are plausible wing scorers. Jackson, Anderson, Clarke, Williams and Xavier Tillman make for a respectable frontcourt rotation. Melton and Jones can start in a pinch. Adams is a proven center.

Now, the Grizzlies beating a team like the Warriors or Suns in a seven-game series will be a daunting task, especially since this core is yet to win a true playoff matchup. On the other hand, they’re playing as well as any team in the sport and don’t play like a young, inexperienced bunch: they play like a team that’s going to be competing throughout the spring.

The Memphis Grizzlies are for real.