Rob Gronkowski will hit the NFL free-agent market a couple of months before his 33rd birthday. Despite having a lot of football miles on his body, and long history of injuries, he still put up pretty good numbers for the Tampa Bay Buccaneers in just 12 games.

There is no doubt that “Gronk” is only looking to play for a contender in 2022. After returning from a short-lived retirement to play for championships with Tom Brady and Tampa Bay for the last two seasons, Gronkowski isn’t a guy open to a big payday with rebuilding teams that have a ton of cap space.

However, there are several franchises with championship potential that may have enough cap space to snag up the four-time Super Bowl champ. Here are the three teams that would be ideal fits to land Gronkowski’s services.

Gronkowski taking his Hall-of-Fame tight-end talents to the Cincinnatti Bengals is a real good possibility. Especially since the former New England Patriot made it known last month that he is a big fan of franchise quarterback Joe Burrow. “I watched him in college. I just love the way he presents himself out on the football field. … I just love his swag, too. If I had to pick a quarterback it’d be the young buck, Joe Burrow,” he said. 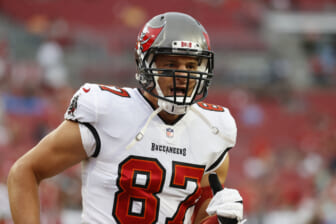 The Bengals stunned the league by reaching Super Bowl LVI and making the Los Angeles Rams work for all four quarters to get their championship. Shockingly, the team has $48.4 million in available cap space and could add several notable players to improve the team. The addition of a proven championship-level tight end with a couple of good years left would make a lot of sense.

One of the biggest stories of the NFL offseason so far is the fact that Aaron Rodgers will return to the Green Bay Packers in 2022. However, start wide receiver Davante Adams will not and will be suiting up for the Las Vegas Raiders next year. The Pack is in need of some new weapons, and Gronkowski would be a proven championship-level addition to help that need. 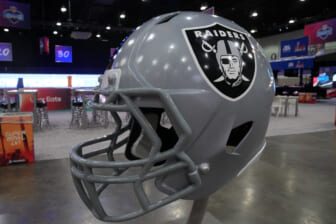 If you combine all four tight ends that played for Green Bay last season, they still could not break 800 yards receiving as a group, with an MVP quarterback throwing to them. That would be a very different story with the four-time Super Bowl champ running routes.

Also, betting site Maxim Bet views Green Bay as the second-best option to land No. 87 at +450 odds. Second only to a return to Tampa Bay being a -333 favorite.

It seemed like Gronkowski’s run for the Tampa Bay Buccaneers was at an end once Tom Brady retired in January. Since he was the driving force to bring the TE out of retirement two seasons ago. However, when No. 12 reversed course and said he wasn’t done just yet, “Gronk” going back to Tampa seems like a near certainty.

It isn’t the sexiest option but it makes the most sense for Gronkowski because of the familiarity he has with the team and the legendary QB. While him playing in Green Bay or Cincy would be more fun, you should bank on a Bucs return soon.