Why 26 NBA teams are useless fodder every year 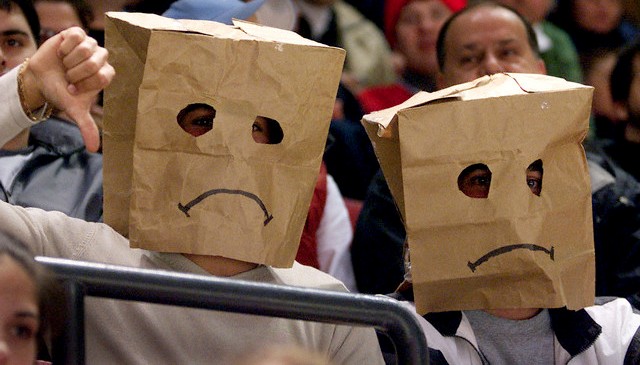 Tell me, can you remember the last Cinderella team in the NBA?

Every year the NBA goes through the motion of playing 82 games for each team. Then two more rounds of playoff games occur. Finally, once the Eastern and Western Conference Finals start, the League finds its groove and grabs national headlines. Yet, for 26 other teams, there was no real reason to have played the season.

Imagine if, before the 2015-2016 NBA season began, you were told that the NBA was comprised of just four teams and the playoffs would begin immediately. Assuming for no injuries, the Cleveland Cavaliers, San Antonio Spurs, Oklahoma City Thunder and Golden State Warriors would have been easy choices for those four teams.

Okay, I’ll humor you. The 2014-2015 Golden State Warriors were a bit of a Cinderella team by the end of the regular season. But they had gone from 51 wins to 67. And once the arduously long NBA playoffs started, everyone knew the Warriors were the real deal.

Unlike Major League Baseball or the National Hockey League, the best overall NBA teams benefit because the high amount of points scored in each game. When there are only eight runs scored, or six goals scored in a MLB or NHL game respectively, any team can beat any team on a given night. And if your team can string four of those games together in a seven-game series, we’ve got ourselves an upset because of a clutch hitter or a hot goalie.

In the NBA, there’s an average of 200 points scored per game, and the best teams have the best offensive players. One game there could be an upset, and sometimes we see two, as was the case when the Toronto Raptors surprised the Cavs in the Eastern Conference Finals. Yet stringing multiple games together to equal four is not going to happen in the NBA for a huge underdog, and history shows us that.

So what’s wrong if only Golden State, Cleveland, and maybe San Antonio and whatever team Kevin Durant is on next year has a shot at the 2017 NBA Championship? Nothing, if you’re a fan of those teams.

Yet 26 cities full of casual fans don’t give a flying-leap about the NBA because there will never be a Cinderella to capture the heart of a nation like we see more regularly in MLB or the NHL. Though, all due respect to the NHL, the nation probably won’t be paying attention anyway.

After 40 years of nothing in Golden State, the hardcore fan base is relishing what they’re seeing out of their team. That’s the NBA. The saying in New York City is if you don’t like the neighborhood, wait 10 minutes. In the NBA, if you don’t like your team, wait 40 years. Of course there are franchises that do well for long periods of time, yet in the NBA is all about the superstars players. If your team doesn’t have at least a couple elite NBA players, forget about it.

I love the NBA, yet it’s hard to ignore its flaws.

25 years ago the Minnesota Twins and the Atlanta Braves went from worst to first and ended up playing one of the greatest Game 7’s in the history of baseball. Twenty five years later, both teams are awful in 2016. Is there a chance the Twins and the Braves could be in the World Series in the fall of 2017? Yes. And that’s what makes MLB so much fun.

Is there a chance the 76ers and the Lakers will be in the NBA Finals next summer? No. Never going to happen. 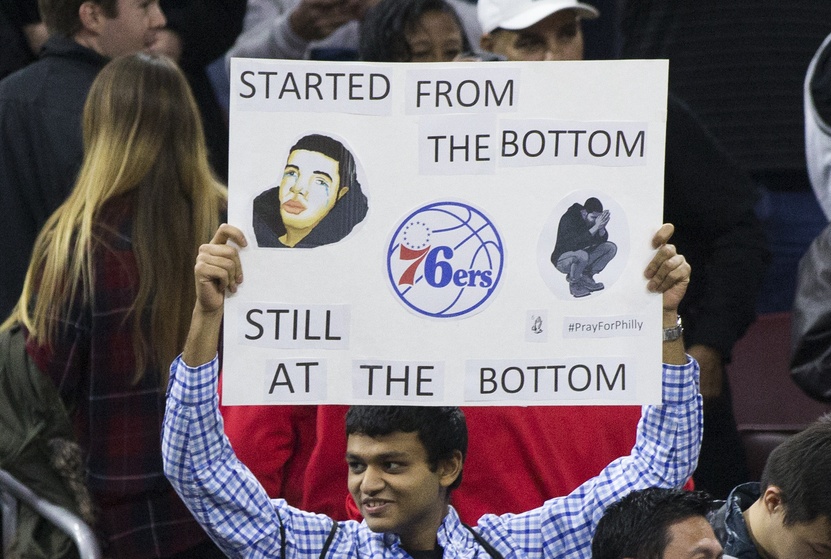 Is there a chance that the two eight seeds this year – Detroit and Houston – will be the NBA Finals next year? No. Alright, maybe if one of them adds Kevin Durant, but even then it’s a huge stretch.

I’m a Minnesota guy and we’re about 27 years in on the Timberwolves now. So I figure maybe in the next 13 years we’ll have a shot at an NBA Finals appearance. The Wolves may have the best young talent in the NBA, yet it’s going to be four or five years before they could even begin to legitimately challenge a Golden State-type team in the Western Conference. They will be no Cinderella opportunity for Minnesota in the NBA — not even if Karl-Antony Towns becomes Bill Russell. Michael Jordan and Stephen Curry both needed six years before they won a title.

10 teams have won NBA titles in the last 35 years. And if Golden State can be the Bulls, Lakers, or Celtics over the next five years, then it will be 10 teams in 40 years. To be better safe than sorry, I probably should double the 40 to 80. So in the next 53 years my Timberwolves may have a shot.

So who was the last Cinderella team in the NBA? Wikipedia lists two – the 1969 Celtics and the 1995 Rockets. Ironically, both teams won the NBA title the previous year. How uninteresting and pathetic. Just like each NBA season, except for the four teams that actually have a shot at winning the title.