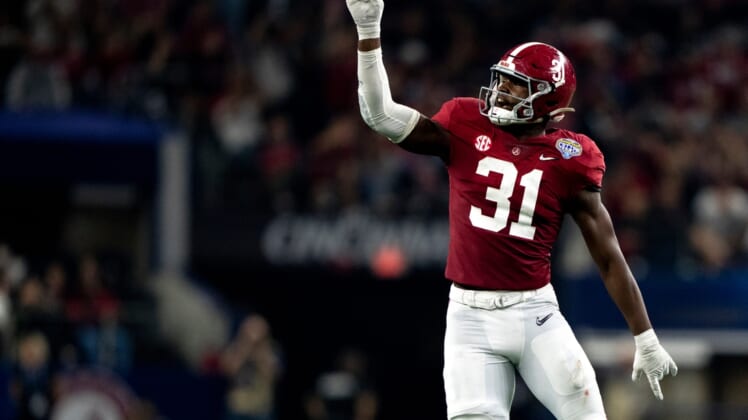 The 2022 NFL Draft contained unique depth in the late rounds due to players taking advantage of COVID eligibility, but it lacked truly elite prospects at the top of the draft.

The 2023 prospect pool looks similarly strong in the late rounds, but seems more well-rounded at the top. It’s headlined by two star defenders and a potential franchise quarterback.

10. TE Michael Mayer, Notre Dame: One of the most productive receiving tight ends in college over the last two years, Mayer has excellent size and athleticism for the role.

9. OLB Nolan Smith, Georgia: An exodus to the NFL will weaken Georgia’s defense next year, but Smith will be a pillar as he works to cement himself as a first rounder.

8. QB C.J. Stroud, Ohio State: Stroud’s accuracy needs improvement, but he is strong-armed and productive with great upside as a passer.

7. LB Henry To’oTo’o, Alabama: Rangy and nimble with great instincts, To’oTo’o has the type of athletic profile and football intelligence to be the first linebacker picked.

6. CB Joey Porter Jr., Penn State: The son of former Steeler Joey Porter, the younger Porter has the explosiveness and ball skills to be a lockdown corner in the NFL.

5. OLB Isaiah Foskey, Notre Dame: A gifted hybrid pass-rusher who can rush as a defensive end or drop into coverage as a linebacker. Foskey’s versatility will intrigue teams.

4. WR Kayshon Boutte, LSU: Boutte has some injury questions, but his elite fluidity of movement and slick routes will be eye catching for scouts.

3. QB Bryce Young, Alabama: Undersized but remarkably accurate with a lightning quick release. Young’s precision and off-script ability make him the favorite to be the first passer selected.

1. DE Will Anderson Jr., Alabama: After collecting 17.5 sacks as a sophomore, Anderson seems primed to be the top pick in next year’s draft.