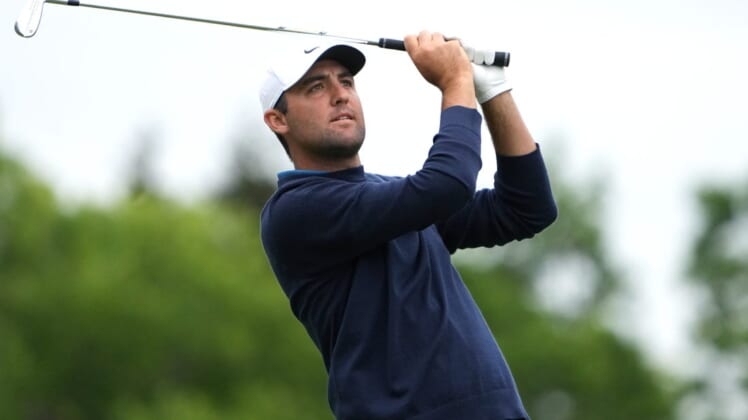 The PGA Tour returns to Cromwell, Conn. for the Travelers Championship, which typically features extremely low scoring on one of the tour’s shortest courses.

NOTES
–Scottie Scheffler leads a field that includes six of the top 15 players in the Official World Golf Ranking after Justin Thomas (back) withdrew.
–English defeated Kramer Hickok in an eight-hole playoff last year, tied for the second-longest playoff in PGA Tour history. English finished T61 at the U.S. Open after missing the cut at the Memorial, his first event since the Hawaii swing due to hip surgery.
–Former University of Texas star Cole Hammer will make his PGA Tour debut as a professional. Ben James, the top-ranked junior in the country, is also in the field.
–One of three events thus far this season to play under 7,000 yards, TPC River Highlands is where Jim Furyk tied the tour’s 18-hole scoring record with a 58 in 2016.
–Morgan Hoffman will make his final start on his Major Medical Extension this week. TPC Highlands was also where Hoffman made his professional debut in 2011. He announced in December 2017 that he had been diagnosed with facioscapulohumeral muscular dystrophy.