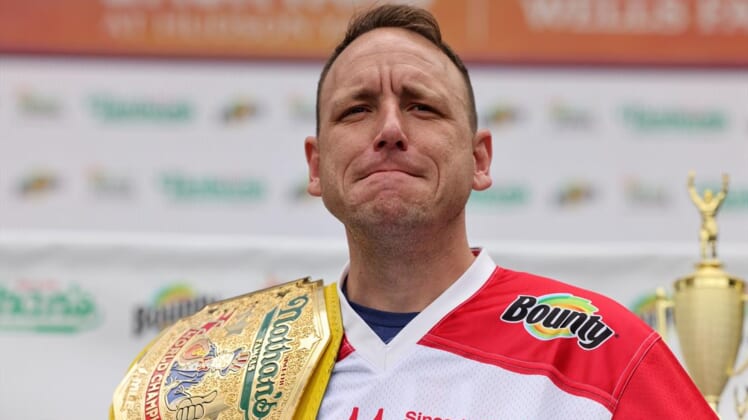 Several major sportsbooks are offering odds on the event for everything from who will consume the most hot dogs to how many each of the top contenders will be able to scarf down.

Everything you need to know about this year’s event:

Thousands of fans will be in attendance for the second consecutive year after spectators were not allowed in 2020 due to the COVID-19 pandemic.

Joey Chestnut has won the men’s competition 14 times, including breaking his own record with 76 hot dogs eaten last year. The only person to dethrone him since his dominant run began in 2007 was Matt Stonie, who upset Chestnut in 2015.

Chestnut is the overwhelming favorite at all sportsbooks, including -1000 at UniBet, -3000 at BetMGM at Borgata and -3300 at Caesars. While most sportsbooks are offering Chestnut vs. The Field wagers, UniBet is offering odds on several individual competitors:

Esper was the runner-up last year.

Miki Sudo will be seeking to reclaim her spot atop the women’s competition. She had won the event seven consecutive years before sitting out last year following the birth of her child.

Michelle Lusco claimed the title last year with 30.75 hot dogs eaten but is considered a longshot to repeat with Sudo back in the field. Sudo is the -5000 favorite at both BetMGM and Borgata against The Field (+1000). Nick Wehry, who finished third last year, is another top contender on the women’s side.

Both sportsbooks have set the Over/Under for the women’s winner at 49.5 hot dogs eaten.