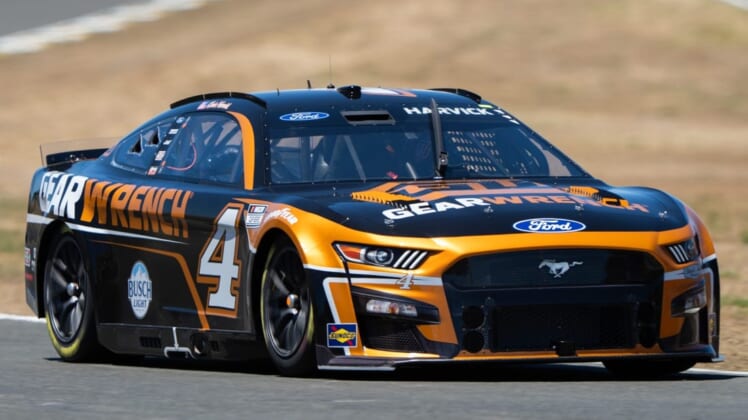 For those drivers who haven’t yet qualified for the NASCAR Cup Series Playoffs, time is growing short.

There are four races left in the regular season, and 14 different drivers presumably are going to race in the postseason on the basis of victories in the first 22 events.

Realistically, that leaves two Playoff berths still available, and those spots currently are held by Ryan Blaney and Martin Truex Jr. on points, as the series heads to Michigan International Speedway for Sunday’s Firekeepers Casino 400.

But that could change if the next four events produce one, two or even three unique winners. Blaney and Truex are two of the marquee drivers who haven’t been to Victory Lane this year.

That group also includes Kevin Harvick, Brad Keselowski, Michael McDowell, Aric Almirola and Bubba Wallace, all of whom are below the Playoff cut line. With the lone exception of Harvick, all drivers in that group won races last year but have failed to scratch in 2022.

NASCAR’s Next Gen car will race at Michigan for the first time.

Austin Hill, a two-time winner in the NASCAR Xfinity Series this year, will make his Cup Series debut at Michigan in the No. 33 Richard Childress Racing Chevrolet.

BEST BETS
–Kyle Busch (+650 at BetMGM) is the pre-race favorite at +650. He opened at +600 and has since seen his odds lengthen slightly as Busch has been backed by a modest 4.6 percent of the bets and 4.9 percent of the handle at the sportsbook.

–Chase Elliott (+700) has also seen his odds lengthen since opening at +600. He has been backed by 6.8 percent of the bets, most at the sportsbook, along with 9.3 percent of the handle.

–Kyle Larson (+700) leads the sportsbook with 15.2 percent of the handle backing him. That is courtesy of some large wagers as he is only fourth with 5.7 percent of the total bets.

–Tyler Reddick (+1000) won the Verizon 200 at the Brickyard, his second victory in five races. Despite his recent run of success, Reddick has been backed by only 3.7 percent of the bets and 5.1 percent of the handle. He’s making his fourth career Cup Series start at Michigan International Speedway.

–Ryan Blaney (+1200) is the defending champion. He had three top-5 finishes in 12 previous starts at the track before holding off William Byron last year.

–Harvick (+1800) currently is 96 points behind Truex (+1400) in the race for the final Playoff spot, but the driver of the No. 4 Stewart-Haas Racing Ford has an excellent record at Michigan. Harvick is a five-time winner at the track, and four of those victories have come after a repaving in 2012. Before last year’s race, when he finished 14th, Harvick had won three straight races (and four of five) at the 2-mile speedway.

–Austin Cindric (+6600) has longshot odds and is also BetMGM’s biggest pre-race liability as he has drawn 6.3 percent of the bets, third-most at the sportsbook, along with 5.0 percent of the handle.