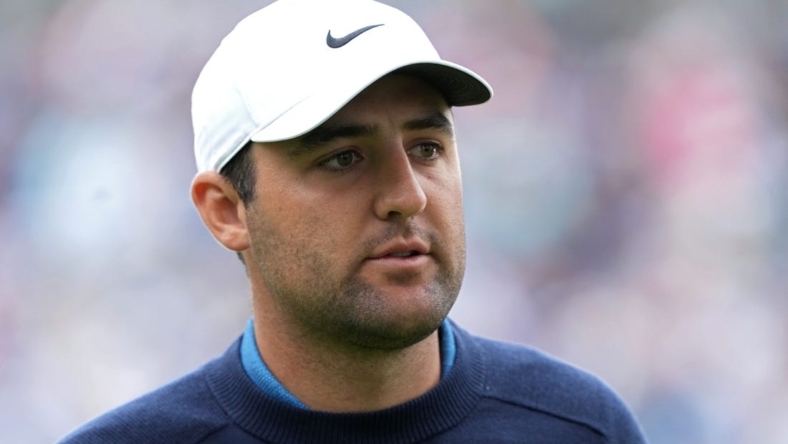 Our golf experts provide a preview of the tournament along with odds and their best bets this week.

BEST BETS
–Dallas area resident Scottie Scheffler (+600 at BetMGM) shot a final-round 62 on Sunday to claim a T3 in Mexico. He now has six scores of 62 or better since his rookie season in 2019-20 and tied for second in Houston last year. Scheffler leads the sportsbook with 17.5 percent of the money backing him and is second with 5.7 percent of the total tickets.
–Sam Burns (+1400) has posted consecutive T7s at the Houston Open, the only player with two top-10s since the event moved to Memorial Park. His odds have lengthened slightly after opening at +1200, but Burns is second with 12.3 percent of the money supporting him.
–Tony Finau (+1600) is BetMGM’s biggest liability this week. He opened at +2200 but his odds have steadily shortened as Finau leads the sportsbook with 9.7 percent of the total tickets and is third with 10.8 percent of the money.
–Hideki Matsuyama (+2500) finished runner-up the first time Memorial Park hosted the event in 2020, but the former Masters champion has received modest action with only 3.8 percent of the bets and 6.2 percent of the handle.
–Tour rookie Taylor Montgomery (+2500) has finished T15 or better in all five starts this season.
–Jason Day (+2800) has seen his odds shorten significantly after opening at +3300. The former major champion is third at BetMGM with 5.3 percent of the total tickets backing him.
–Sahith Theegala (+5000), who recently moved to the Houston area, has two top-10s in four starts this season, but his odds have lengthened considerably after opening at +4000. He has drawn only 2.4 percent of the bets and 1.7 percent of the money.
–Dean Burmester (+5000) is the sportsbook’s third biggest liability as he has been backed by 4.4 and 3.6 percent of the action, respectively. The South African is coming off a T32 in Mexico but did finish solo fourth at the Sanderson Farms Championship.
–Sepp Straka (+6600) is the second biggest liability. Coming off a missed cut last week, Straka opened at +10000 but is sixth with 4.6 percent of the bets backing him along with 4.1 percent of the money. After a string of six missed cuts over the summer, Straka did find his form with three top-six finishes over six consecutive made cuts before last weekend.

NOTES
–Memorial Park’s origins date back to 1912 and the municipal track underwent a major renovation before the PGA Tour returned in 2020 after nearly 60 years.
–Kokrak will not defend his title after joining LIV Golf.
–DP World Tour member and former Texas A&M star Johannes Veerman is in the field on a sponsors exemption. He will be joined in the field by former University of Texas golfers Cole Hammer and Travis Vick.
–Stewart Cink will make his 650th career PGA Tour start this week, trying Fred Funk for 35th-most all-time, while Russell Henley will make his 250th career start. Henley has earned 1,031 career FedEx Cup points at the Houston Open, his most at any tournament.