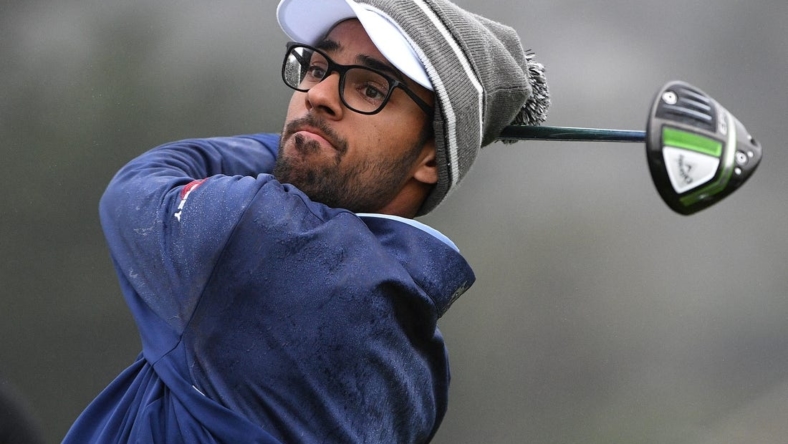 The PGA Tour hits Bermuda for the only time during the 2022-23 season for this week’s Butterfield Bermuda Championship.

The event begins Thursday at the Port Royal Golf Course. With only one top 50 player in the field, the tournament presents a golden opportunity for the 132-player field chasing the full 500 FedEx Cup points available.

BEST BETS
–Denny McCarthy (+1600 at BetMGM) is coming off a T37 at the CJ Cup and is the pre-tournament favorite as he seeks his first career PGA Tour victory. McCarthy finished T39 in this event last year before going on to tie for seventh at the U.S. Open in June.
–Seamus Power (+2200) at No. 48 is the highest-ranked player in the world in the field, which has led to 7.7 percent of the winning handle supporting him. However, Power’s form of late has not been strong with a pair of T30s his best results in his past seven starts.
–S.H. Kim (+3300) is the highest-ranked player in the FedEx Cup standings at No. 18 as he makes his fifth start of the season. His best finish thus far was a T4 at the Shriners Children’s Open. Kim is second at BetMGM with 5.4 percent of the total tickets backing him to win this week.
–Byeong Hun An (+5000) is coming off a T62 last week. One of the more accomplished players in this field, An reached as high as No. 24 in the world and kicked off this season with a T4 at the Fortinet Championship.
–Russell Knox (+4000) leads the field with 6.1 percent of the total bets. The former top 20 player has fallen to 19th in the world and doesn’t have a top 20 in his past 10 worldwide starts.
–Kramer Hickok (+8000) is the only player to post par-or-better in each of the 12 rounds in tournament history. His best career PGA Tour finish was a runner-up at last year’s Travelers Championship.
–Akshay Bhatia (+2000) is in the field on a sponsors exemption. He is making his first PGA Tour start since the 2021 Wyndham Championship after missing out on his tour card this season by only 57 points. Bhatia is BetMGM’s biggest liability this week as he is second in the field with 7.9 percent of the money backing him after opening at +30000.
–Brian Gay (+20000) has three finishes of T12 or better since the start of the 2019-20 season, with three of them coming in Bermuda. With a strong event record and long shot odds, Gay is the sportsbook’s second biggest liability as he has drawn 3.2 percent of the total bets and 3.6 percent of the money.
–Brandon Wu (+4000) saw his odds shorten from +5000 with 4.2 and 10.4 percent of the action, respectively, backing him. Wu is the third biggest liability.

NOTES
–Gay, the 2020 winner, is one of 10 players who have made the cut in all three previous editions of the event. He is also the only previous winner in this week’s field.
–Five-time PGA Tour winner John Daly will make his tournament debut on a sponsor’s exemption. He is seeking his first made cut on tour since the 2019 Barracuda Championship.
–Willie Mack III will make his sixth career PGA Tour start after earning a spot in the field with his win at the Butterfield Bermuda APGA Championship earlier this month.
–Cayman Island native and UNLV player Aaron Jarvis will make his first tour start in a non-major.
–Notre Dame’s Palmer Jackson is making his tour debut after being named to the 2022 Ben Hogan award watch list.