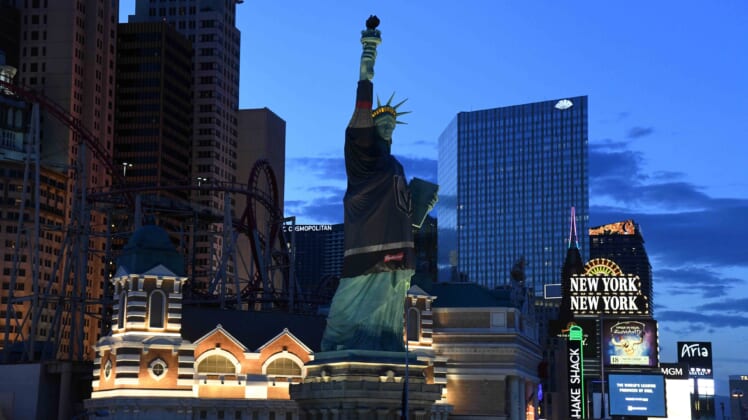 The 2020 NFL Draft is still expected to be held in Las Vegas next month. We just have no idea how it is going to look with the world dealing with the coronavirus pandemic.

Nevada Governor Steve Sisolak just declared a state of emergency as the spread of COVID-19 threatens to shut down pretty much everything. At this point, it’s hard to imagine fans being able to attend the annual event in Vegas.

According to ESPN’s Jeremy Fowler, the NFL is working with local and state officials as well as medical professionals to decide what to do from here. What we do know is that the league does not plan to change the dates or location of the draft.

At some point, the league’s hands might be forced by the broader situation at hand. Wynn already closed up its poker rooms and sportsbooks. It is going to be one of many Vegas-based casinos to shutter as the pandemic spreads across the United States.

Even if the NFL were to ban fans from attending, having prospects and teams travel to the desert metropolis could ultimately be a no go. There’s no reason to risk the health of these individuals outside of the league making a few quick bucks.

This all comes with the NBA, NHL and MLB suspending their seasons. Meanwhile, the NCAA Basketball Tournament has been cancelled outright.

While the NFL is in the midst of its offseason, the league will have to move forward as the rest of the sports world has. It’s a new reality. Business is not as usual.