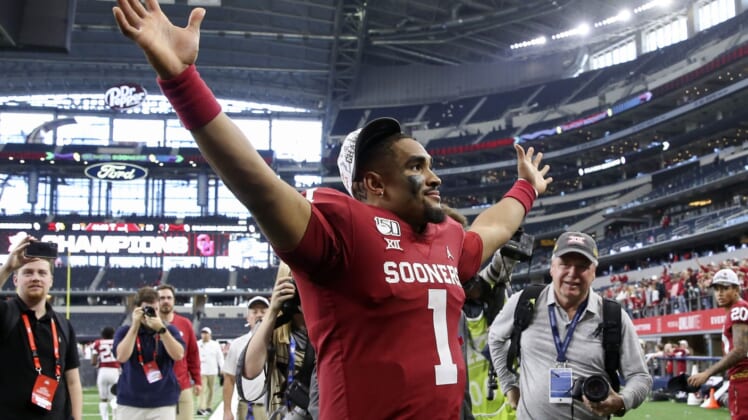 The 2020 NFL Draft is around the corner with NFL general managers and scouts rankings their top draft prospects on their boards. While the top players get all the attention, the 2020 class also offers some intriguing prospects that offer exciting NFL potential and flying under the radar.

A few of the most underrated prospects in this draft class will likely hear their names called in the third round at the earliest. While they’re very impressive players, a deep pool of talent in the 2020 class pushes them down draft boards. For other unheralded prospects, questions about their talent translating to the NFL after dominating at smaller programs hurts their stock.

As we’ve seen with the likes of Austin Ekeler, who just signed a huge extension, Pro Bowl tight end Mark Andrews and edge rusher Matthew Judon, it’s not always about where you’re drafted. Great talent emerges from Day 2 and 3 of the NFL Draft every year. We’ll see that once again from this 2020 class thanks to a few prospects that are flying under the radar.

We already looked at five top prospects that could fall on draft day. Now, here are the five most underrated draft prospects from the 2020 NFL Draft class.

We’ve detailed what makes Hurts a special player before. It takes a great player to win at a historic program and speaks volumes to that player’s ability to lead a team and their talent. In Hurts case, he did it twice by winning at Alabama and coming up clutch for the Crimson Tide then dominating the Big 12 with the Oklahoma Sooners.

The NFL cares even more about the future, which is why Hurts should be coveted. He blew away teams at the NFL Combine with incredible touch on his passes, showed that his throwing mechanics and footwork are improving and continues to make incredible strides in his game. Oh, Hurts is also an incredible athlete and brings a competitive fire that few can match. Evaluators already know he’s talented and NFL coaches will see a player who they can mold into becoming a franchise quarterback without having to spend a first-round pick on him.

NFL teams want defensive backs with tantalizing size and speed because those things can’t be taught. Those are the skills that, with the right coaching, can help a player excel in one-on-one coverage at the next level. The top corners in this draft are impact talents who bring that all to the table immediately. Pride can be that kind of player in the NFL and he offers greater value because of his expected draft spot.

There are some things that the former Fighting Irish star needs to work on. Most notably, he recorded just four interceptions across four seasons at Notre Dame and that brings his ball skills into question. NFL coaches will also need to work with him on his technique and bring out more of an aggressiveness from him. He might hear his name called in the fourth round, which could be an absolute steal three years from now and even the immediate impact will be worth it.

At a time when NFL teams desperately want to add a multi-dimensional running back, Edwards-Helaire is still underrated. While he’s small (5-foot-8) for his position, teams like his receiving skills so much that they asked him to work out as a receiver at the NFL Combine. He brings plenty of skills as a runner, too.

Edwards-Helaire didn’t blow fans away in the 40-yard dash with a 4.60 time, but that’s not his game. He is powerful, knows how to find holes and is wickedly elusive. While some question his breakaway speed, he made plenty of big plays at LSU. Get him the football in space and he’ll make things happen. Don’t be surprised if he becomes a star at the next level and someone that fantasy football owners love.

The pre-draft process is critical for prospects from small-school programs to shine. After dominating at the lower level throughout their career, the Senior Bowl and NFL Combine offer them a chance to prove they can compete with players from the SEC and Big 12.

Chinn drew little attention at Southern Illinois, but that changed during his draft preparation. He blew teams away at the Senior Bowl, then showed up for the combine and displayed incredible athleticism. The 6-foot-3 hybrid safety can line up deep or even play as a cover linebacker. He will be limited to a role on passing downs to begin his NFL career as coaches work with him to develop his fundamentals. Once he develops, Chinn could be remembered as one of the biggest steals from the 2020 NFL Draft.

Morgan is one of the best stories in the NFL Draft as detailed here. He grew up in Green Bay idolizing Brett Favre and modeling his game after the Hall of Famer. Morgan went to Bowling Green for a few seasons then got the chance he was waiting for at Florida International. Now, the 23-year-old is one of the most underrated prospects in the 2020 NFL Draft. However, everything about Morgan’s game requires projection.

He has the instincts, mentality and the pure arm strength that all great quarterbacks possess. He also carries the rare confidence in his arm and a willingness to attempt throws that few others would. Morgan must refine his mechanics, learn how to read a defense and work on his ball placement and velocity. He was one of the most popular prospects among teams at the combine and impressed teams in the interview room. Morgan is easily worth a draft pick and could be the perfect developmental quarterback for teams thinking about their future.