10 burning questions for the 2019 British Open 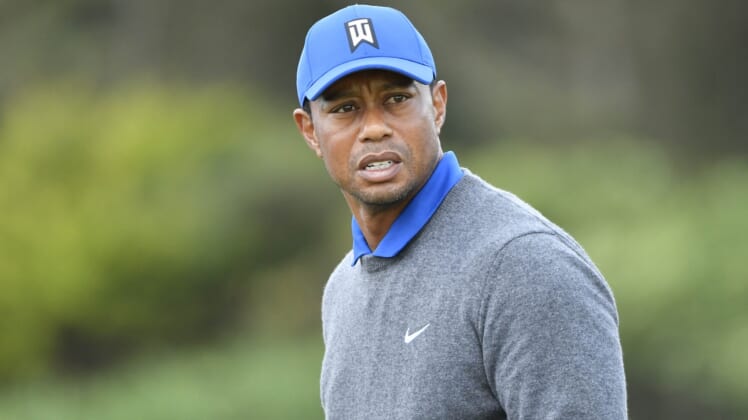 The 2019 British Open will have a unique feel to it. First, with the PGA’s move to May, it’s now the final major of the year. Second, for the first time since the Truman Administration, The Open Championship will be held outside of England or Scotland, with Northern Ireland’s Royal Portrush hosting the game’s best.

As we get ready for Royal Portrush and the season’s final major, these are the burning questions surrounding the 2019 British Open.

How will the pros handle new major venue?

Royal Portrush will host The Open Championship for the first time since 1951. Not only that, but from 1952-2018, it was held exclusively at nine venues. The last time we got an Open close to this was 2006, when Royal Liverpool hosted for the first time since 1967. Additionally, while Royal Portrush did host the 2012 Irish Open, this is not a regular European Tour stop. We’ll definitely see the familiar Links style of play, but every course has its different quirks. In terms of tournament play, the players will have very little history to draw from here.

Can Tiger Woods bookend the majors?

Thanks to some injuries and his tendency to play a lighter schedule, we haven’t seen a lot of Tiger this summer. He’s teed it up only three times since winning the Masters in April. Still, it’s hard not to feel optimistic. Really, the 2018 British Open was Tiger’s arrival back to the major scene. He finished T6 at The Open and runner-up at the PGA, which of course led to his win at the Masters. That showed us that he can still win majors. The question now is, how many more?  Should Tiger win at Portrush, he’ll be only two behind Jack Nicklaus’ all-time record.

Molinari became the first ever Italian to win a major at The Open last year. A win this year would put him in another decorated (though slightly less exclusive) club. Only 16 men have repeated as the British Open champ. Of that group, only 10 did so after 1900 and only two (Tiger and Padraig Harrington) repeated in the 21st Century. Molinari has had another nice year. He won the Arnold Palmer Invitational and has made the cut (including one top-20 and another top-five) in all three majors. A win at Portrush would do a lot to cap another strong campaign.

Will Open continue to benefit the older players?

Tom Watson nearly winning The Open at 59 years old might have felt like an aberration. Truth be told, though, it wasn’t that outrageous. Case in point, four of the golfers to win a major at 40 or older since 2011 have come at The British Open. In addition to that quartet (Darren Clarke, Ernie Els, Phil Mickelson, Henrik Stenson), four other golfers ranked in the top 25 ranked in the world — Tiger, Paul Casey, Matt Kuchar, and Bubba Watson – are all 40 or older. So, Royal Portrush doesn’t lack for potential contenders who have already blown out 40 candles.

Americans have won each of the first three majors in 2019. If another wins at Portrush, it will be the first American sweep of the majors since 1981. If it’s an American other than Woods, Koepka, or Gary Woodland, it will be the first time that four different Americans claimed swept a season’s majors since 1976. Remember, Keegan Bradley’s win at the 2011 PGA Championship prevented Americans from being shut out of that year’s majors that and stopped a string of six straight International major triumphs. It goes to show how much things can change over eight years.

Does Xander Schauffele have a major breakthrough in him?

In 10 career majors, Schauffele has missed the cut only once. He’s also notched five top-10 finishes. In 2019’s majors, he finished T2 at the Masters, T16 at the PGA Championship, and T3 at the U.S. Open. That’s good enough for the third-lowest aggregate score of anyone who made the cut in all three (behind only Koepka and Dustin Johnson). Despite having such an impressive major resume, Schauffele has flown somewhat under the radar. That won’t be the case for a lot longer, though. Don’t be surprised if his major breakthrough takes place over the course of the next 72 holes.

What will Mother Nature offer at Royal Portrush?

While we’re at an unfamiliar Open venue, there will be one constant. Like every other British Open, the weather will have a lot to say about how the course plays. If it’s benign, the scores will be low. If the wind is blowing and the rains come in, the winning score will probably be above par. And if the weather falls into the latter category, anything can happen right until the final putt is dropped. The pre-tournament weather reports calls for some rain, but nothing too crazy. Of course, anyone who’s ever watched an Open knows that can change in an instant.

Will another new major winner be crowned?

Schauffele is one of several highly-ranked golfers looking for a major breakthrough. Other majorless golfers in the top 20 include Bryson DeChambeau, Jon Rahm, Patrick Cantlay, Kuchar, Rickie Fowler, Casey, Tony Finau, and Tommy Fleetwood. So, plenty of big-name, well-accomplished players are out there looking for their first major title. Dating back to Stewart Cink’s 2009 win, five of the last 10 British Open champs were first-time major winners. That’s not quite as many as we’ve seen in the other majors over that time. Still, history tells us that another first-time winner is fairly likely.

Koepka has four of the last 10 majors contested (and he didn’t even play in one of them). Should Koepka win at Portrush, it would conclude one of the greatest seasons in major history. He already has a win and two second place finishes. Koepka also has the lowest aggregate score of anyone making the cut at all of the first three majors by a whopping 13 shots. Also, if he wins, Koepka will head to Augusta next April with a chance to complete the Career Grand Slam. Bet against him if you must, but do so at your own peril.

What will Rory McIlroy have in store at home?

This is a huge event for McIlroy. He’s one of the clear favorites, and for good reason. In 2005, McIlroy set the course record at Portrush with a 61 at the North of Ireland Championship. He was only 16 at the time. In the past, McIlroy has noted that he wished he could play for Northern Ireland in the Olympics, as opposed to the UK or Ireland. With that in mind, we can only imagine what it would mean to McIlroy if he got to hoist the first Open Championship in Northern Ireland in the last 68 years.