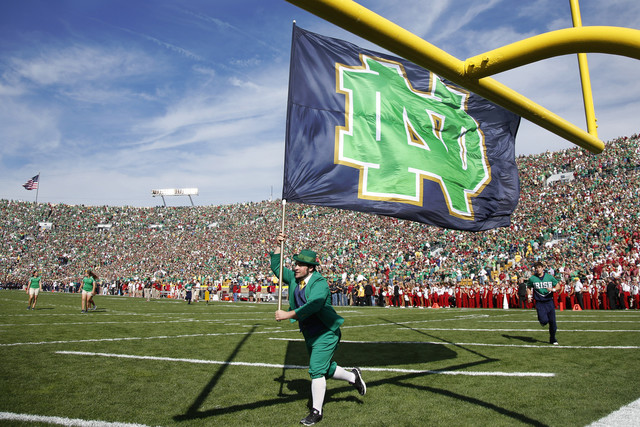 It sure seems like the football gods favor the Notre Dame Fighting Irish, who are taking on Clemson in the Cotton Bowl Saturday for a chance to play in the College Football Playoff Championship Game.

After the national anthem was played, a bald eagle was released. It landed on two different Notre Dame fans, much to the delight of the Irish faithful in attendance at AT&T Stadium.

This might prove to be nothing. But if the Irish do pull off the massive upset over Clemson to get into the title game, we can all look back at this moment as a good omen that the Luck of the Irish is still going strong.