Eyes are beginning to wander toward March Madness, but conference tournaments are set to dominate the college basketball landscape.

Though a handful of lesser-known leagues (plus the Big Ten!) are in action, a majority of top conferences are wrapping up the regular season along with a few mid-majors. And once the tournaments begin, we’ll be closely monitoring key players who are leading potential NCAA qualifiers.

Familiar names are highlighted, but the list also features several standouts from mid-major schools. In most cases, the tournament is an all-or-nothing proposition for those teams — such as New Mexico State or Vermont — will not qualify for March Madness with winning the league’s postseason crown.

Between the FBI investigation and Allonzo Trier’s brief suspension, all positive news is a welcomed development in Tucson. For that to happen in the season-ending tournament, Arizona needs more contributions from the backcourt next to Rawle Atkins. During an overtime win against Pac-12 cellar-dweller Oregon State and a loss at Oregon, Parker Jackson-Cartwright hit just 2-of-11 three-point attempts. He’s a 41.1 percent shooter from the perimeter on the season, so the Wildcats need the pass-first point guard to shake the mini-slump.

Thanks to opening-round victories in both the 2016 and 2017 NCAA tournaments, Middle Tennessee is no longer a sleeper. The roster is relying on a new face this season, though. Alabama transfer Nick King has poured in 21.5 points per game, which ranks 18th in the country. He’s also secured 8.3 rebounds and dished 1.9 assists while converting 38.9 percent of his threes. Fortunately for the Blue Raiders, they’re likely to receive an at-large berth even if they fall short of a C-USA tournament title. Still, MTSU doesn’t want to run the risk of something weird happening on Selection Sunday. 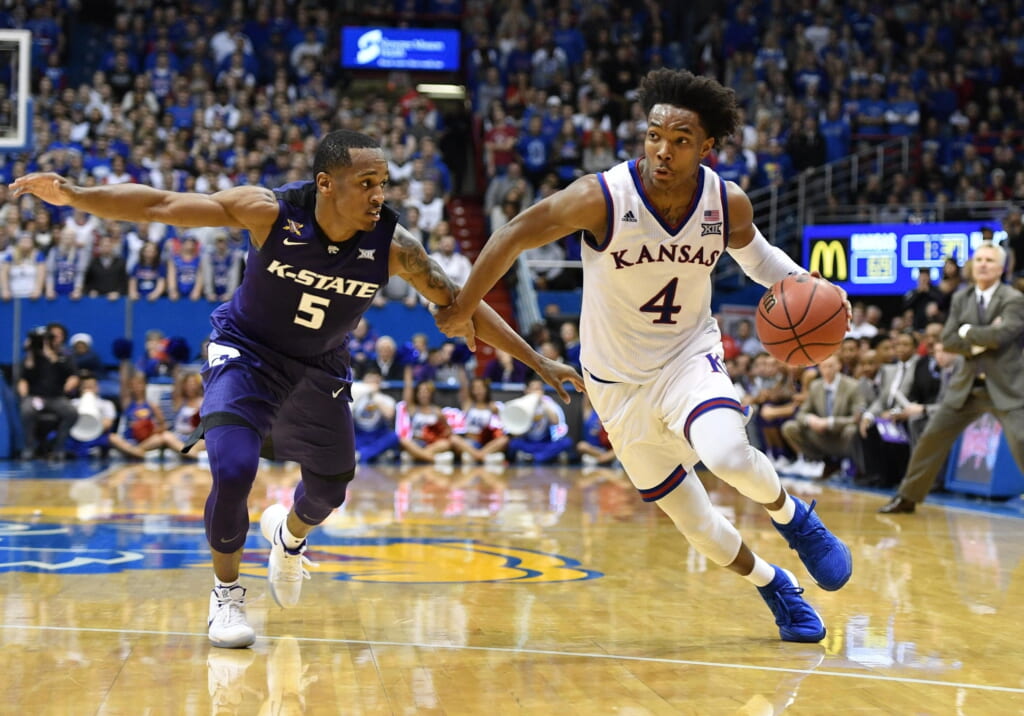 Devonte’ Graham does so much for the Kansas offense. He scores 17.7 points while shooting 42.3 percent from three-point range and provides a threat off the dribble from anywhere on the court. He also distributes as well as anyone in college basketball, notching 7.2 assists per game. During the Jayhawks’ six losses this season, though, he’s only 32.6 percent from beyond the arc compared to a 44.9 clip in wins. If Graham performs up to his ability, he could become the third two-time MVP in Big 12 tourney history.

Even after losing star forward Donte Grantham, Clemson has maintained its place as a second-tier program in the ACC this season. Yes, the Tigers had a three-game losing streak recently, but it coincided with Shelton Mitchell’s brief absence. He averages 11.9 points and a team-high 3.7 assists while hitting 36.0 percent from three-point range. After returning from a head injury, he helped Clemson end its skid opposite Georgia Tech then earn a quality win over Florida State. Mitchell’s court vision and passing ability are essential tools for the Tigers to advance in a challenging ACC.

Xavier is a victory away from winning the Big East’s regular-season title, but that pesky Villanova squad likely stands in the way of a tournament championship. Over the last two years, the Musketeers are 0-4 against Villanova and have never lost by fewer than 16 points. Trevon Bluiett can’t carry Xavier to an upset himself, but shaking the ugly streak is unlikely without a torrid performance from the senior. The Musketeers must navigate the opening rounds first, but Bluiett is the key to cutting down the nets in Madison Square Garden.

Unlike MTSU, New Mexico State cannot afford a loss in the league tournament. Although Zach Lofton is the primary scorer at 19.4 points per game, Jemerrio Jones is such a valuable piece for the regular-season champions from the WAC. He’s not a three-point threat, yet the 6-foot-5 forward provides 10.7 points, 12.7 rebounds, 3.4 steals and 1.1 steals on average. Jones’ versatility has helped New Mexico State climb to 24-5 and into a favorable spot for the program’s seventh automatic bid since 2010. 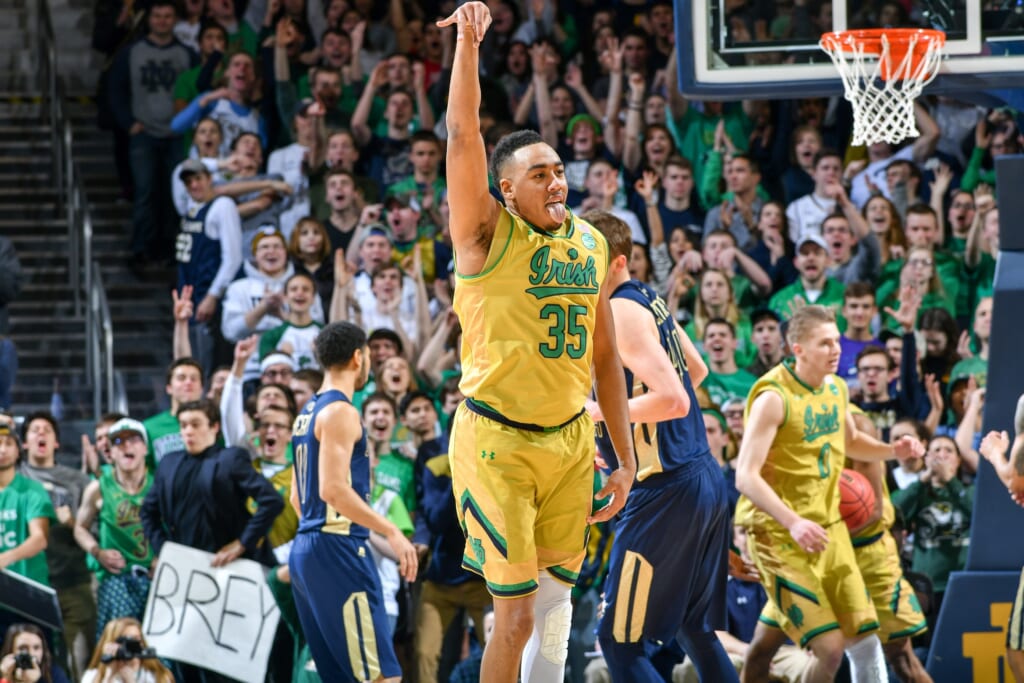 Notre Dame isn’t even on the bubble right now. Prior to the season, that would’ve been an unthinkable statement. A foot injury to All-American candidate Bonzie Colson changed the course of the Fighting Irish’s season, but there is a little bit of good news: He’s back! Colson collected 12 points, nine rebounds and three blocks in his return, helping Notre Dame win on Senior Night. That’s an encouraging start, but the Irish will need to make an improbable run through the ACC tournament to reach the Big Dance. That’s not going to happen unless Colson excels.

Around the halfway point of the campaign, Clayton Custer missed five games. Without him, Loyola dropped three of the five games it has lost this season. Since he returned, however, the Ramblers are 14-1. Custer has contributed 14.4 points on 55.5 percent shooting — including 49.3 beyond the arc — in that stretch. Loyola won the Missouri Valley’s regular-season title by four games, so Custer and Co. are expected to take the conference tournament. Despite the injury-affected 25-5 record that features a road victory at Florida, that might be what must happen for the Ramblers, too.

Similarly, 27-4 St. Mary’s is not an at-large lock for March Madness. Whether that’s fair is a different conversation, but the Gaels know they’re only guaranteed a place with West Coast Conference title. That means surviving Gonzaga. The teams split two meetings in the regular season, and All-American center Jock Landale poured in 26 points when St. Mary’s knocked off the WCC powerhouse. He managed just four in the loss. Though reaching the final requires a couple of victories, the Gaels will be relying heavily on Landale if they advance as expected. 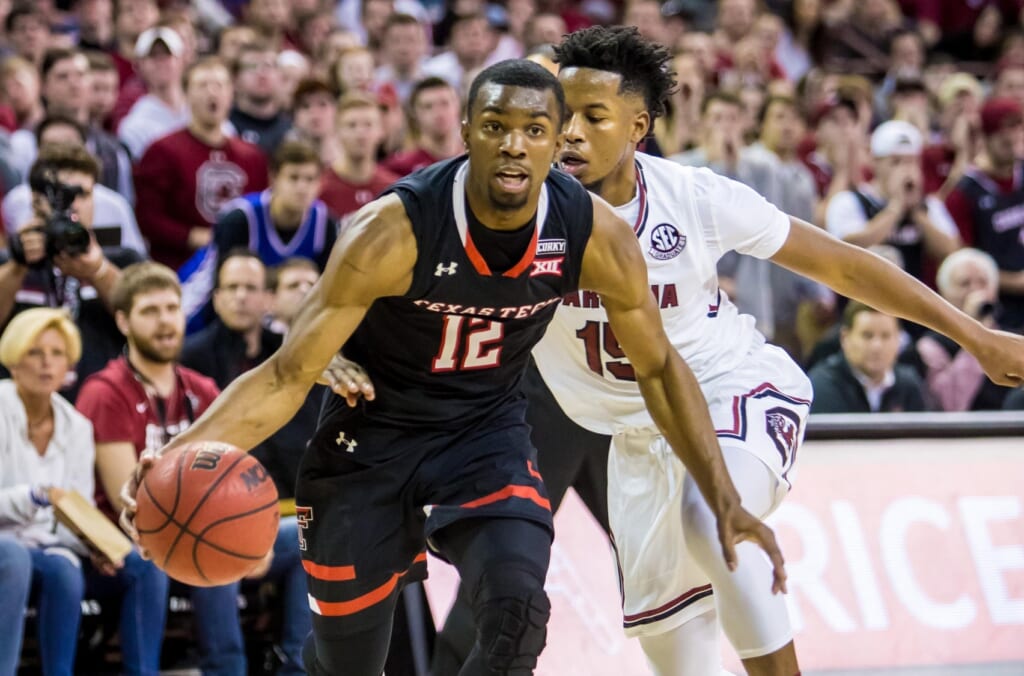 Texas Tech has dropped four straight contests, and Keenan Evans’ toe injury is a major reason why. He’d averaged 18.7 points through his first 26 appearances but mustered only 12 total points over a three-game stretch before sitting out the most recent matchup. The Red Raiders still have a quality roster, but they’re not a major Big 12 championship threat without Evans on the floor. He’s a playmaker on both ends, averaging 3.2 assists and 1.3 steals in addition to his scoring production. Texas Tech desperately needs his impact.

No matter if you love Trae Young or are tired of the storyline, he’s the most fascinating player of the 2017-18 season. The electric point guard leads the country with 28.0 points and 9.0 assists per game. But he’s certainly not a perfect player. Oklahoma is mired in a massive slump, and Young’s road woes are a portion of the problem. In road or neutral-site games, his three-point clip is a combined 29.6 percent compared to 45.5 at home. When the league convenes in Kansas City for the tournament, Young better bring his three-point shot along from Norman.

Anthony Lamb has returned to the lineup, and his presence is vital to Vermont’s upset hopes in the NCAA tournament. The Catamounts have to get there first. Trae Bell-Haynes has guided the America East champions throughout the season, tallying 14.9 points, 4.2 rebounds and 3.9 assists per game. He’s reached the 20-point mark in seven games, all of which occurred in conference play. Vermont has a balanced offense, but the two-time conference player of the year is the key to breaking down defenses.