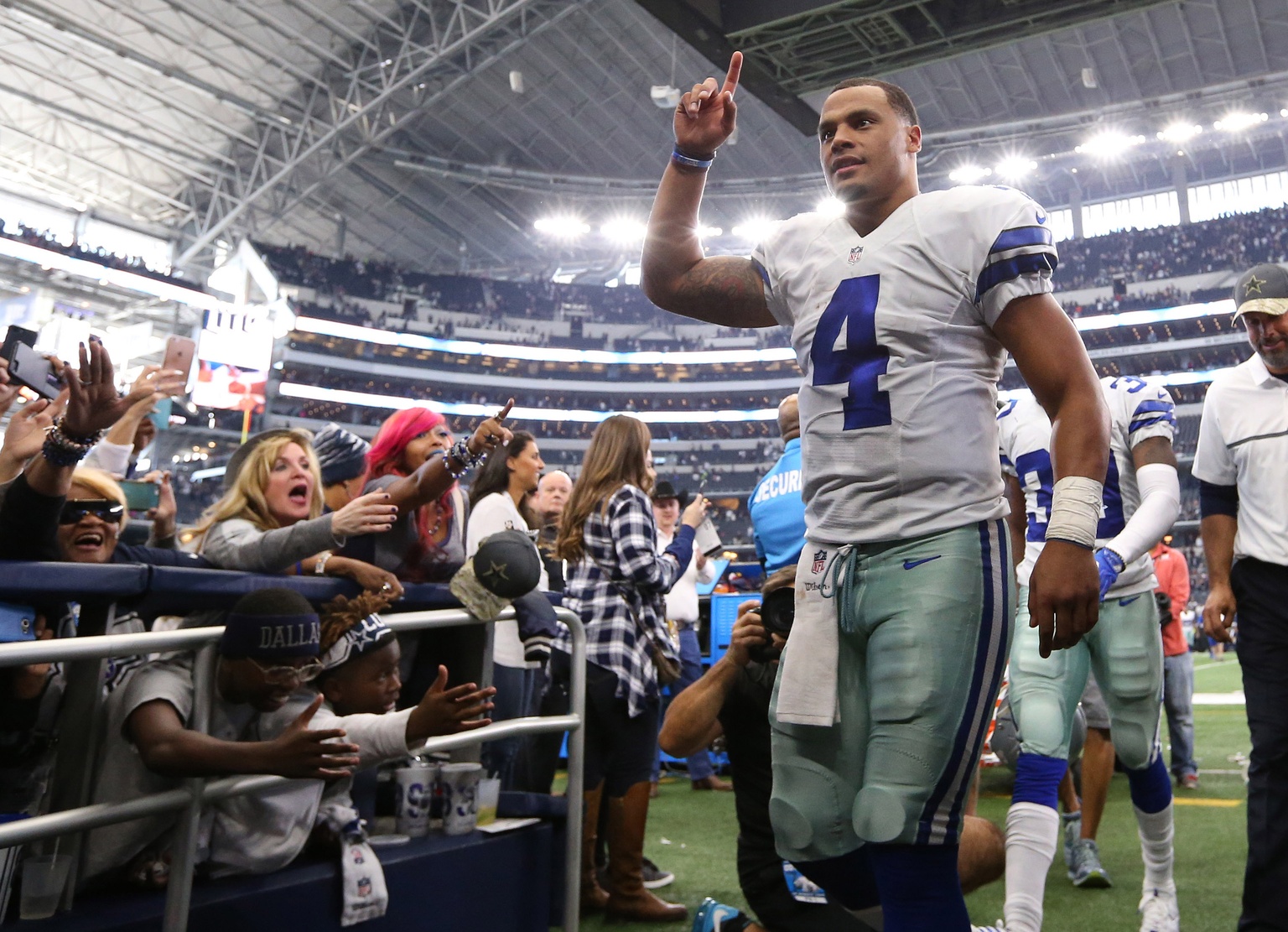 The Dallas Cowboys have quarterback Dak Prescott on his very team-friendly contract through the 2019 season.

Team owner Jerry Jones knows that his team needs to take advantage of its quarterback’s cheap contract. Because after the 2019 season, things are likely to change.

“He’s going to get his extraordinary contract,” Jones said, per Jon Machota of the Dallas Morning News. “But while we can put the team together and take advantage when he is on this contract right now, we’ve got to be real astute to maximize that advantage.”

Prescott is still in his rookie contract. Since he was a fourth round pick, Prescott’s deal is perhaps the best bargain in the NFL. In 2018, he’s scheduled to make only $630,000.

Under the CBA, players are permitted to negotiate new contracts after their third seasons. So, Prescott’s price tag is likely to go up following the 2018 season. When it does, the Cowboys will have a harder time putting talent around him.