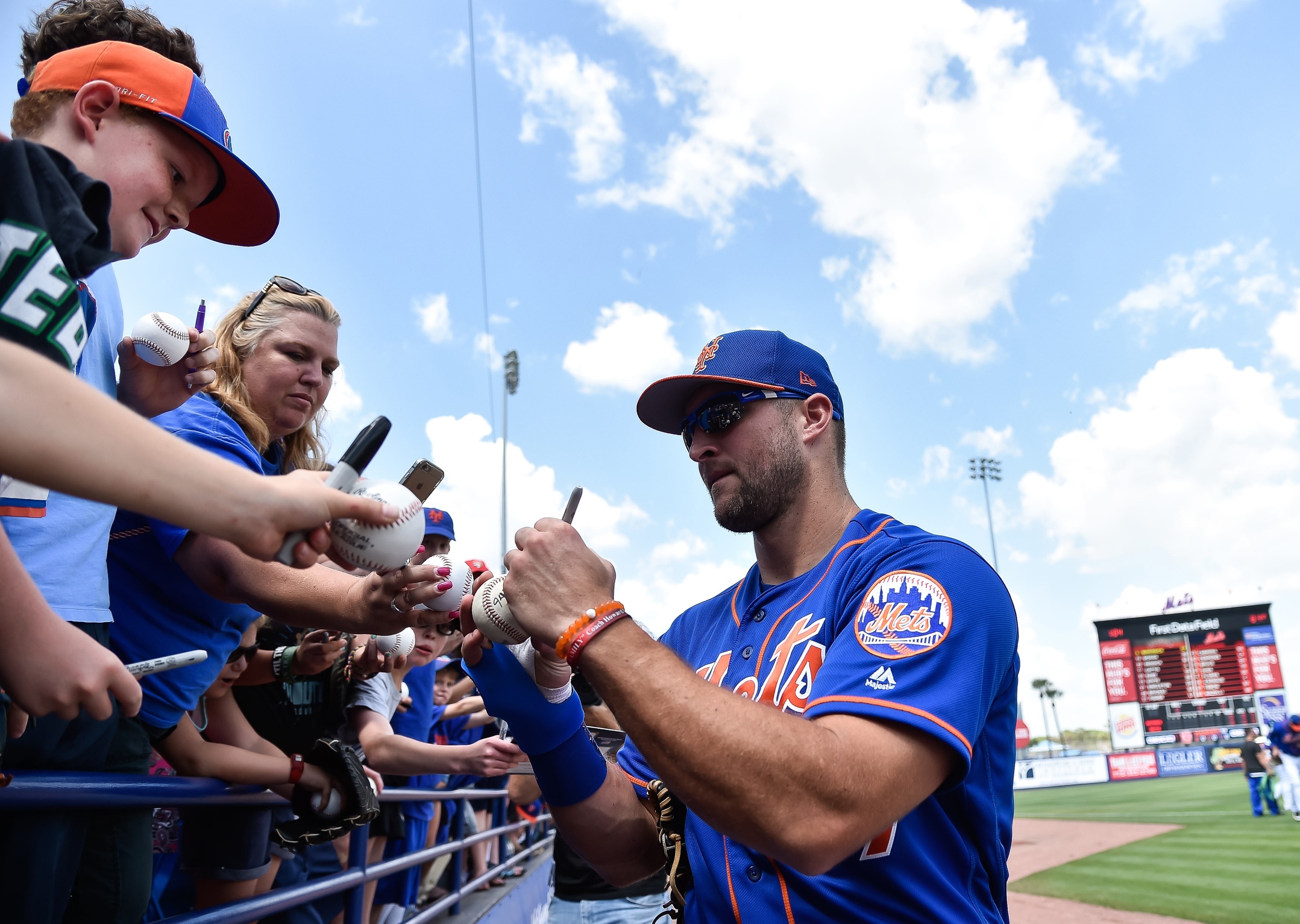 Tim Tebow hasn’t played in a regular season NFL game since 2012. But in a recent interview, the former Heisman Trophy winning quarterback noted that teams are still trying to bring him back to the gridiron.

CNBC’s Suzy Welch asked Tebow if there was a point where he decided that his football career was done.

“Well, no. It wasn’t like that,” Tebow said in the interview. “I mean, I still have offers to go play other positions in … ”

“Not play quarterback, though,” Welch interjected.

“For me, it was doing more of my dream, because I loved playing quarterback,” Tebow continued. “But I love hitting a baseball, too. So I’m gonna go live out my dreams, not just what other people want me to do. You know?”

It would certainly be interesting to know which teams have talked to Tebow. While he is limited at the quarterback position, it’s also the only position he’s ever played — save for some brief appearances at fullback for the New York Jets in 2012. Tebow is now 30, past the age where one normally learns a new position.

While the idea of returning to the NFL as a quarterback seems unlikely, Tebow’s baseball career is improving. He’s not just hitting tape measure home runs in batting practice. New York Mets general manager Sandy Alderson has gone as far as to predict that Tebow will play in the majors.