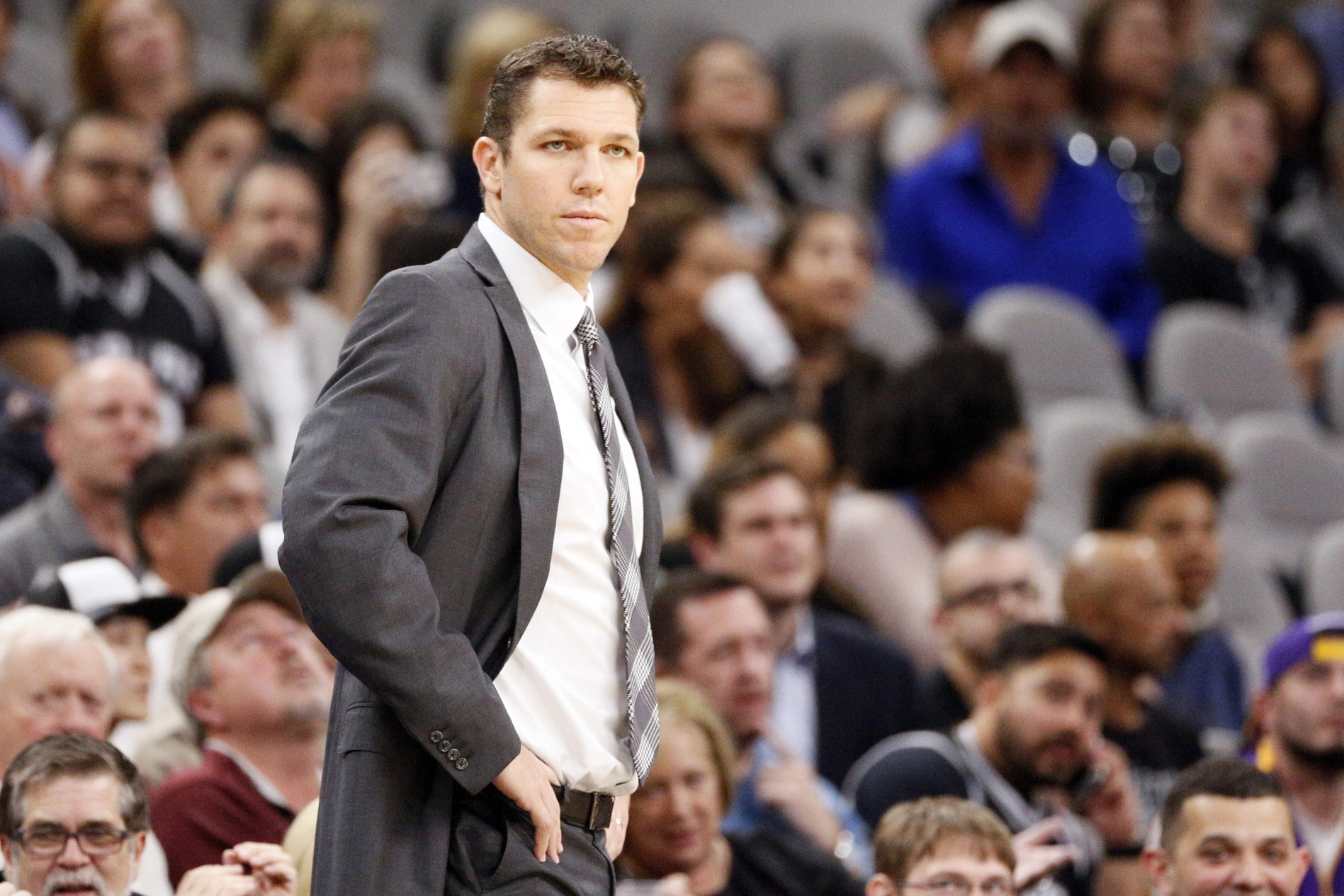 From the point at which Jerry Buss bought the Los Angeles Lakers in 1979 until he died in February 2013, his franchise missed the playoffs just twice.

In the four years since, the Lakers have missed the playoffs every year and — barring some sort of miracle unseen in NBA history — will make it five in 2018, quite possibly with the worst record in the Western Conference. Since taking over control of the team, Jeanie Buss has had to fire two coaches, one of them — Byron Scott, an esteemed former player — while enduring the humiliation of tanking and an end to Lakers Exceptionalism.

She let Mitch Kupchak hire his own coach — Luke Walton — to replace Scott, then canned Kupchak last February, along with her own brother, leading to an ugly lawsuit.

To replace Kupchak, she hired Magic Johnson, whose front office acumen we knew and still know next to nothing about, and Rob Pelinka, whose unofficial role seemed to be: Do everything Magic can’t.

The Lakers used the No. 2 pick they got from tanking on Lonzo Ball. Ball’s father is an idiotic self-promotional vehicle and won’t ever shut up. Ball himself — while showing flashes of brilliance and retaining potential — hasn’t been an instant superstar. 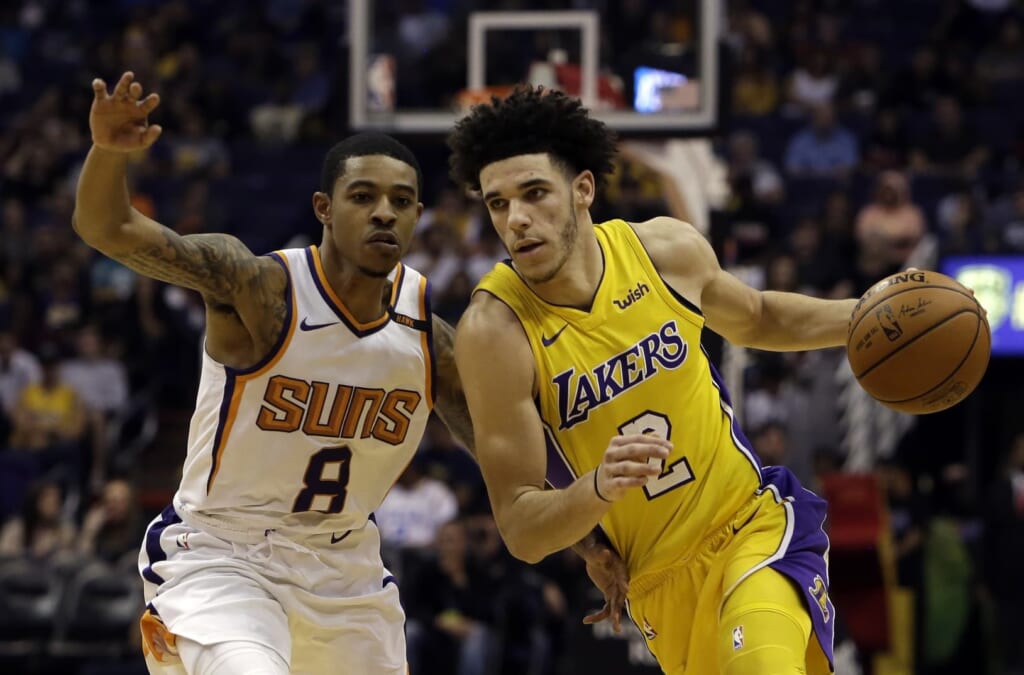 It’s almost understandable that Buss is itching for some sort of spark to reignite the magic. According to ESPN’s Brian Windhorst, she, Johnson, and Pelinka seem to believe that spark might be created by moving on from head coach Luke Walton.

Walton, in fact, might be the only member of the entire organization to whom the Lakers should have an unequivocal attachment.

Did Walton lead Los Angeles to a 39-4 start, like he did as the interim head coach in Golden State while Steve Kerr was out? No, of course not. The Lakers are a bad team with young talent and no real depth. They handicapped themselves by handing out money like free samples at Costco to Luol Deng and Timofey Mozgov during the 2016 Salary Cap Bonanza — a mistake of Kupchak’s regime that has and will continue to have lasting effects.

L.A. managed to get off the Mozgov deal, but not without dealing D’Angelo Russell to the Nets as collateral. To open up the cap space necessary to have two max slots next summer — enough to sign Paul George and LeBron James, who would catapult the Lakers into championship contenders, if only for a couple years — the Lakers will have to deal Luol Deng as well. And there lies the problem.

To get anybody to so much as consider taking Deng’s $18 million per year salary, the Lakers will need to sweeten the deal with one or more of their young players. And Johnson hasn’t exactly been subtle about wanting George. Thing is, the Lakers don’t have him, nor do they know for sure he’s coming. Ditto for James.

What they do have is a young core consisting of Brandon Ingram, Lonzo Ball, Julius Randle, Kyle Kuzma, and Larry Nance. A young core which has heard about nothing except rumors about which of them will be shipped away to make room for George and James.

Now, not only are the Lakers not supporting their players. They’re not supporting the coach who has developed them into an intriguing group, started to get Ingram to realize his potential, and turned both Nance and Kuzma into a League Pass darlings. He’s also gotten Julius Randle from a bust to a legit NBA rotation player with the chance to get even better. With time, Ball will improve as well. 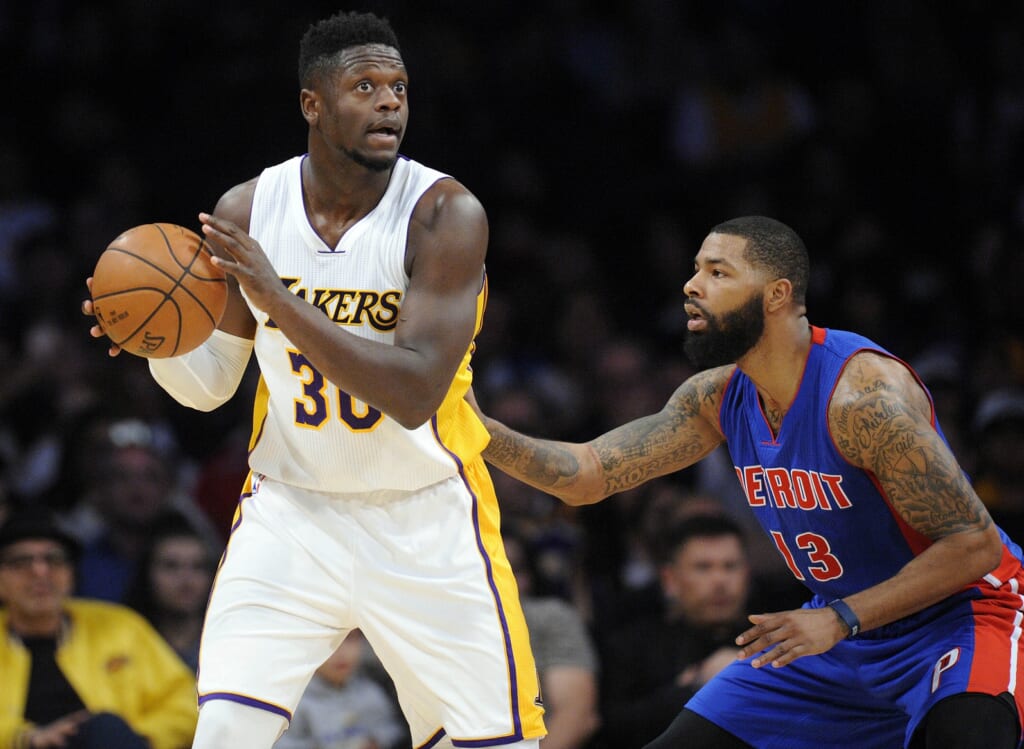 Walton brought the Lakers out of the stone-age offense Scott was running amidst Kobe Bryant’s retirement tour run amok. He brought structure to a locker room that didn’t have it and has a good relationship with every young player on the roster, though evidently, not all parents. He’s regarded as one of the best basketball minds out there by, well, everyone.

And the Lakers are (reportedly) considering moving on for the mere idea of LeBron James who, by the way, is going to be 34 years old next season? Maybe the Lakers should stop trying to go from cellar dwellers to title winners in the space of one offseason.

Here’s how the Lakers should approach this. First, release a statement as soon as humanly possible. In fact, do it before this article is published. Refute Windhorst’s report — and for that matter, the idiocy spouted by Lavar Ball — and stand by Walton in the strongest possible terms. Then, go about the rest of the season as if the core of your roster for the next 10 years is already in place.

If James and George decide to drop everything to join the Lakers, do what you have to do. Just don’t tell the entire world about it before you know whether it will happen. And if one of James’ asinine conditions is to get rid of Luke Walton, tell him no. If James plays five years at his current level in Los Angeles, it will be a miracle of modern medicine and training. Walton can be the head coach for the next 30 years if the Lakers don’t push him out the door now. That’s not a trade worth making, especially given how unlikely it is to beat the Golden State Warriors, even with James and George.

The Lakers have spent handful of years tanking, trying their hardest keep protected picks, all of which they somehow kept. It would be nice to see the fruits of that labor.